Finding your own tone is one of the greatest adventures in guitar playing: there are so many avenues you can travel down in your quest for tonal nirvana and we wholeheartedly encourage you to do so!

There are, however, a few simple but important factors that we would like to share with you: things we have found through decades of playing and experimenting that we’d like to pass on to hopefully aid you in your journey towards incredible tone! We have five points for you to read today: keep them in mind next time you are practicing or playing for pleasure and see what works with your own guitaring goals.

So, without further ado, let us begin! 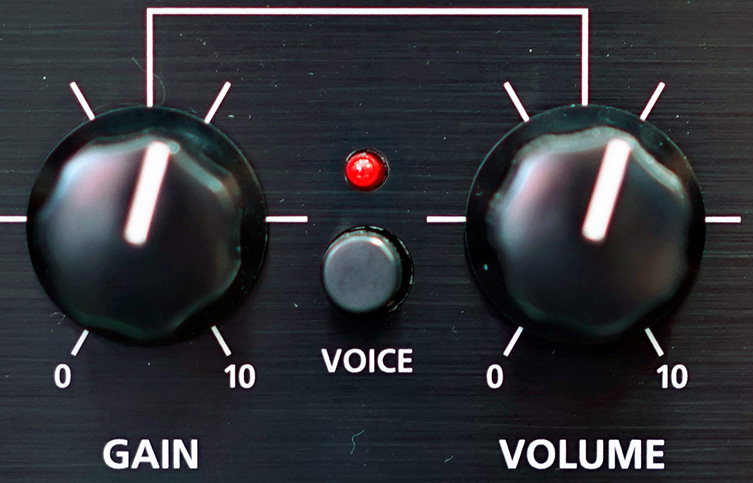 Yes indeed, we have started with a Biggy! This is a trick best learned early on but the fact is, any guitarist can up their game by just turning that gain control back a little. Angus Young, Billy Gibbons, even Metallica use a far less saturated tone than you may think. Massive amounts of overdrive do not necessarily equate to you sounding heavier than hell!

Excessive amounts of gain is problematic in a number of ways: firstly, it compresses your dynamic, flattening out your sound to a blunt square wave. This sounds gratifying in the middle of a face-melting solo but for most of your playing time, you’ll want to be controlling as much of your dynamic as possible. This is where a lot of the guitar’s expression lies so don’t lose it! This problem will be far more obvious if you like to keep a compressor pedal on.

Also, when you turn up your amp at rehearsal, your gain levels will sound much more obviously pronounced so that what sounded like the perfect amount of drive in your bedroom now sounds like tasteless overkill at the band rehearsal. With most drive circuits, there comes a point where gain is just saturation: if you can find the point just before then, you’ll be not only protecting the integrity of your tone, you’ll be allowing more nuance, colour and texture to come through and correspondingly, you’ll sound better. No, it’s not a matter of opinion: you will flat out sound BETTER!

Obviously, if you are playing metal then you have to wind up the gain but what you’re really going for is the illusion of hugeness, not hugeness itself. Less gain allows tighter control and a crisper edge and attack to your sound. This is what heaviness is! The rest is in your technique and attitude: simply maxing the gain and expecting to sound like Hetfield is a rookie error of the highest order!

And before we hear the word ‘solos’, yes: that is where your boost pedal comes in. Keep your main sound distinct from your epic solo tone and you will be winning the game. Sustain requires distortion, yes, but it requires technique, volume and execution just as much. By no means tame your wild sounds, just understand that acres of saturation is not translating to your audience as much as it is wreaking havoc on your well-practiced playing. By lowering the gain a little bit, you will come across as a far more skillful and confident player. 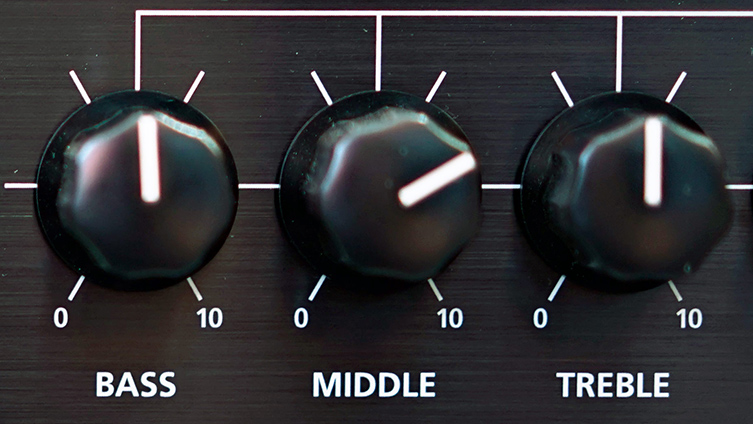 Mid-frequencies are your true friends: hang onto them!

Again, this tip relates to the difference between playing guitar alone at home versus playing with your band. This applies more to distorted sounds but it’s a rule of thumb for guitar tones in general.

When you dial up your amp/pedals/digital models at home, the tendency for all of us is to increase the treble and bass whilst cutting back on the mids: these settings emphasize the most exciting elements of the guitar’s tonality and make it more dramatic sounding. It’s okay, we’ve all done it! Clean sounds sparkle, distorted sounds are super-aggressive…it’s all great!

Until we hook up with the band and get playing. Suddenly your guitar just drops out of the mix! You’ve disappeared! What’s happening is, the bass player is eating up all of your low end and your drummer’s cymbals are devouring your treble frequencies, leaving your guitar with…not much. Mid frequencies are the one thing in your power that can let you punch back in and be heard amidst all of this tone-robbing. Mids give you presence, muscle and context.

Recording is a different beast: you can EQ and shelve your guitar parts until you are happy with the result but when you are actually playing, midrange with allow your guitar to earn some sonic space amidst the miasma.

Yes, Dimebag Darrell took his mids out rather dramatically and he was one of the heaviest guys around but did you see the amount of amps he used to use? To you and I with the means we have at our disposal, leaving in a little bit of midrange makes all the difference.

3. Use your FX sparingly 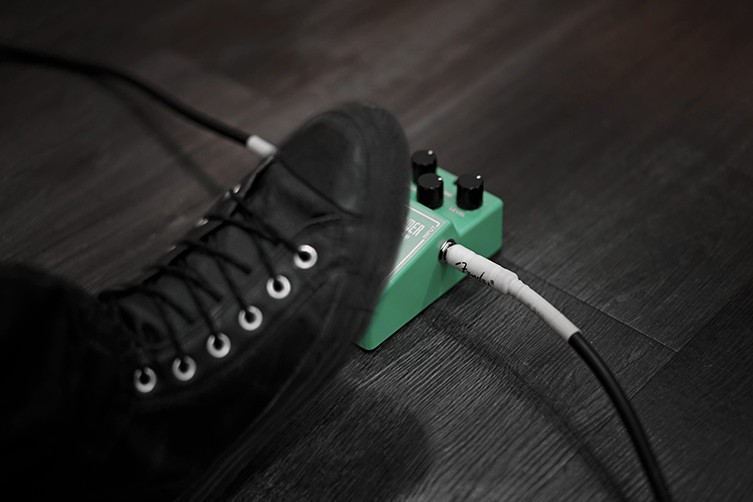 We love FX as much as (OK, more than) anybody and we have certainly had our ‘excessive’ moments when we were coming through the ranks. It’s hard not to: the thrill of hearing the whoosh of a flanger set to stun or the space-age effects of a pitch shifter are pretty seminal events for anybody experiencing them for the first time.

However, with a few exceptions, less is usually more! Unless you are The Edge and base your entire musical vocabulary around effects and let them dictate how the guitar should play, you can quickly tire the ear of your audience by continually hitting them with patch after drenched patch from your shiny new multi-fx system.

Definitely, explore the world of effects and dip into them often to thrill and accentuate your music but be aware of what you are doing within the context of your music. There are no rules but judicious use and application will yield stronger results than simply showing your entire hand within two songs.

Sparing use of FX grabs the ear of your audience and leaves your them guessing what’ll come next: think about how much mileage Eddie Van Halen got from his MXR Phase 90 and M117 Flanger: a perfect example of his effects genius is the use of Phaser in his immortal main riff to Van Halen’s ‘Ain’t Talkin’ Bout Love’. Eddie plays a catchy muted arpeggio and punctuates only the last four notes with a deeply dramatic phaser sound (set your Phase 90’s rate dial to 10 o’clock, folks) that turns a good riff into a classic riff. It’s thrilling! He did it again on ‘Unchained’, switching his flanger in and out only for the low D pedal-tone notes to give a distinctly sci-fi edge to the main riff. Instant identity. This momentary use of FX is something that people have not really picked up on and copied much. They should.

As we mentioned, there are a few exceptions to this rule and one of those would be Omar Rodriguez Lopez of At the Drive-In, formerly of the Mars Volta. He throws out new sounds and textures seemingly every few seconds but such is the style of his erratic, energized, eccentric playing, such use fits the bill entirely, causing him to whip up a three-dimensional storm of sound in, out and around the band. If you have the vision and the ability, you can pull it off!

If you play Shoegaze or Post Rock styles, you’ll need to have your guitar drenched in effects but the key again is knowing when to engage in these textures: the goal here IS to wash out your sound though so it’s all about intention and execution.

4. Use your volume knob 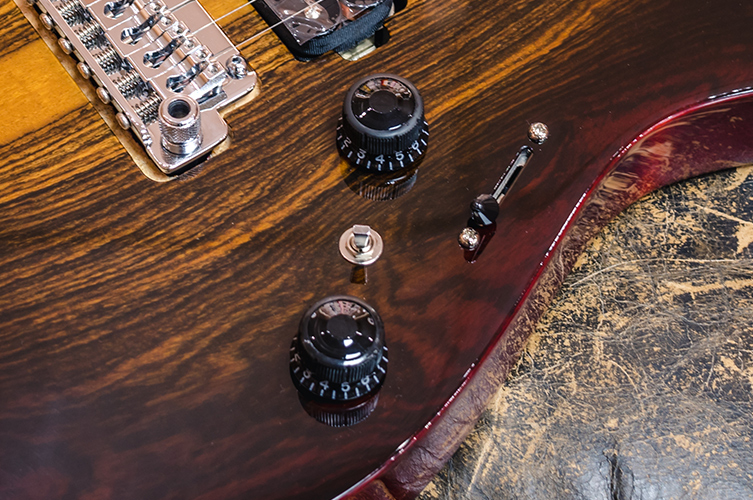 It’s one of those ones you hear professional guitarists saying all the time so it’s slightly mystifying why more players don’t take heed: turning your volume back to six or seven can dramatically improve not only your sound but how you play!

Turning back the volume generally cuts out some bass and also sustain: this can lead you to change up your playing in a more percussive, visceral way which can be a great antidote to launching into endless sustained solos (for you and your audience!). Hot sounding guitars can be tamed a little for most of the song with some extra burn waiting there for a solo as soon as you wind your volume back to ten. You can also enjoy different sorts of overtones from your notes since you are effectively robbing your signal of some harmonic information from the pickup.

Amps that are cooking hot with gain can offer up some real ‘holy grail’ lead tones simply by having the guitar’s volume turned back slightly: you will find sweet spots that ignite stunning tones that simply cannot be had any other way. Check out obvious masters like Hendrix: you’ll see and hear him manipulating his volume control constantly.

Volume pedals do not really work well for this type of work: keep them for violining and other expressive techniques. Use your guitar’s volume knob: it was put there for a very good reason. 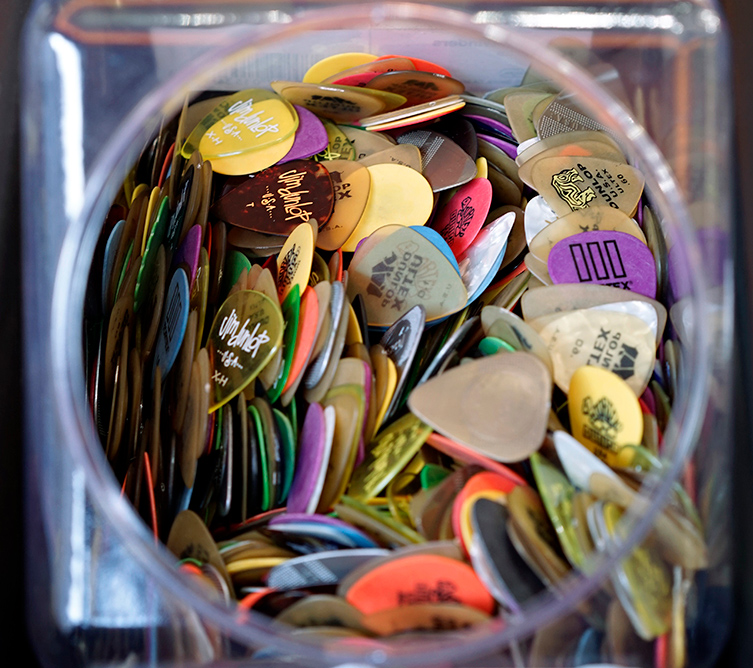 This last one is pretty straightforward and can reap incredible results! The plectrum is the direct interface between your hand and the string: it is enormously important! Every element of a guitar pick, from its shape to its thickness and what it’s made from will all play a part in the resulting tone that is produced. Try it for yourself! Select a pick with a significantly different size, gauge and material than you would normally use and play something familiar.

How does it feel? Strange? You’ll get used to it. How about the sound though? A .50mm teardrop shaped nylon pick will give a rhythmic sound with an attack that has a short ‘bloom’ period, making it useful for chordal rhythm parts. A 3mm wooden pick with a sharp tip will give a stiff, fast sound with lots of attack and noticeably greater output. Switching up your plectrum depending on what you want to play is a quick and easy way to change your tone, your playing and the feel of your part. There is no perfect plectrum out there (though a Tortex .88mm does come extremely close) so spend a few pounds and arm yourself with a plethora of new tones!

We hope these tips have been useful: there will be more in the future and in the meantime, have fun playing and exploring! 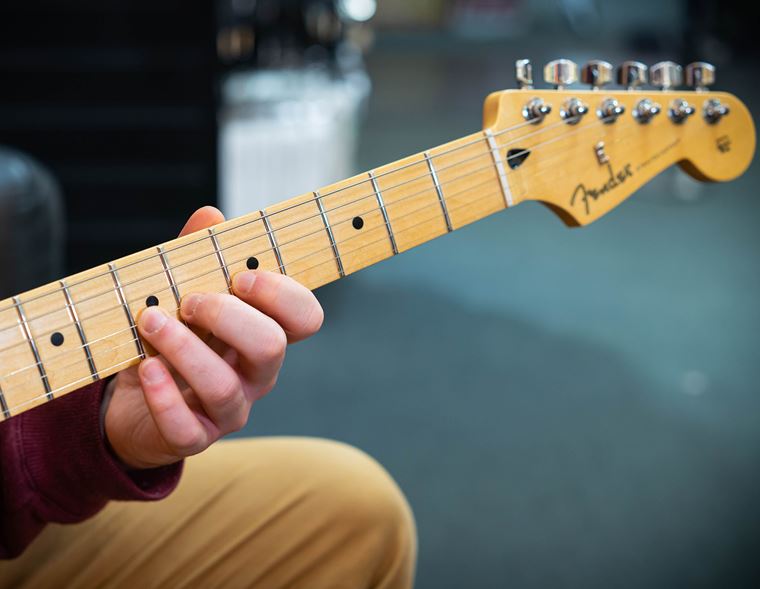 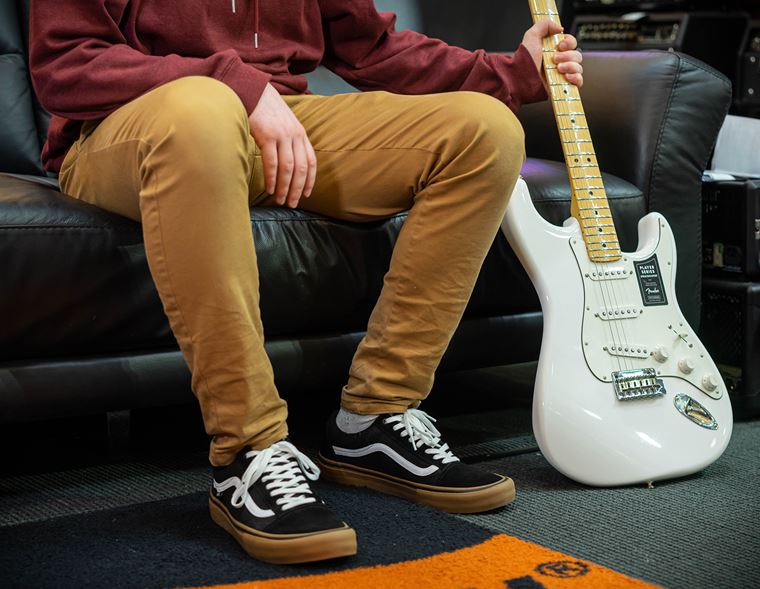 Stick to Your New Year's Resolution and Play more in 2020! 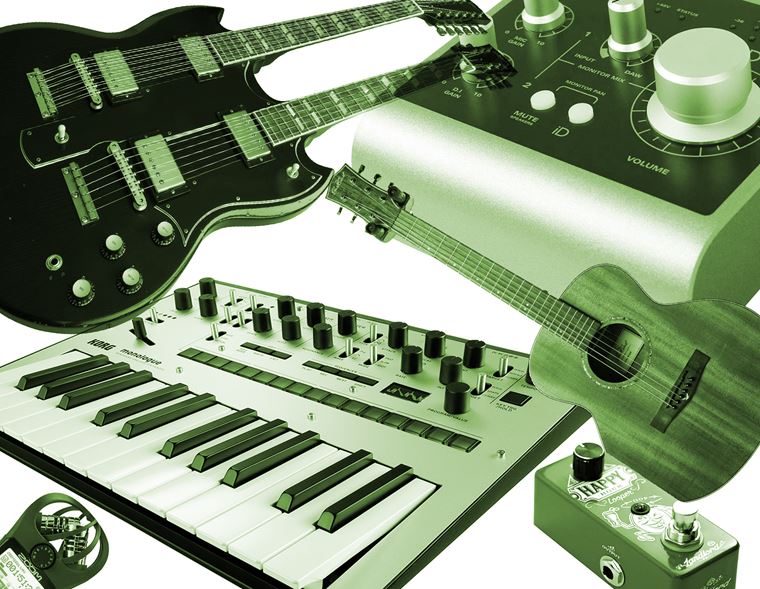 What is an Ex-Demo product? 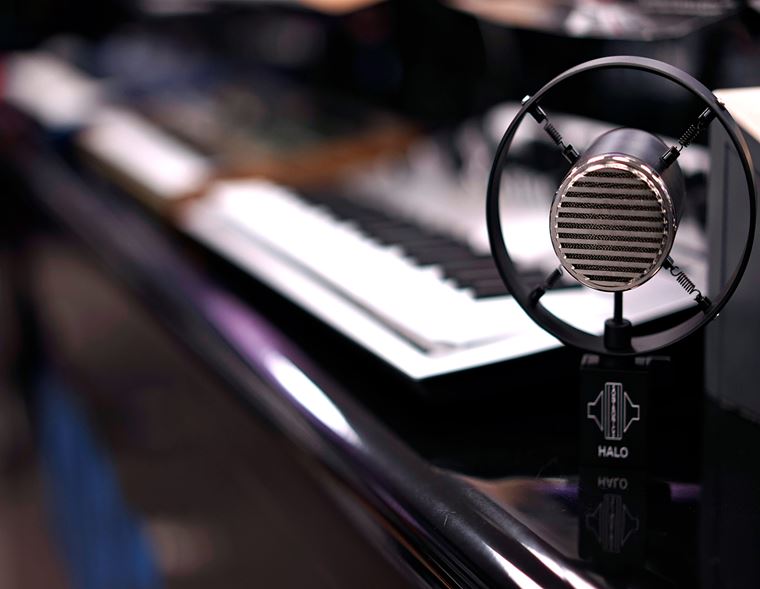 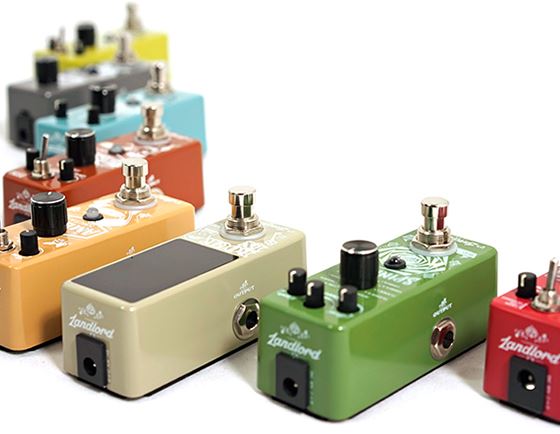 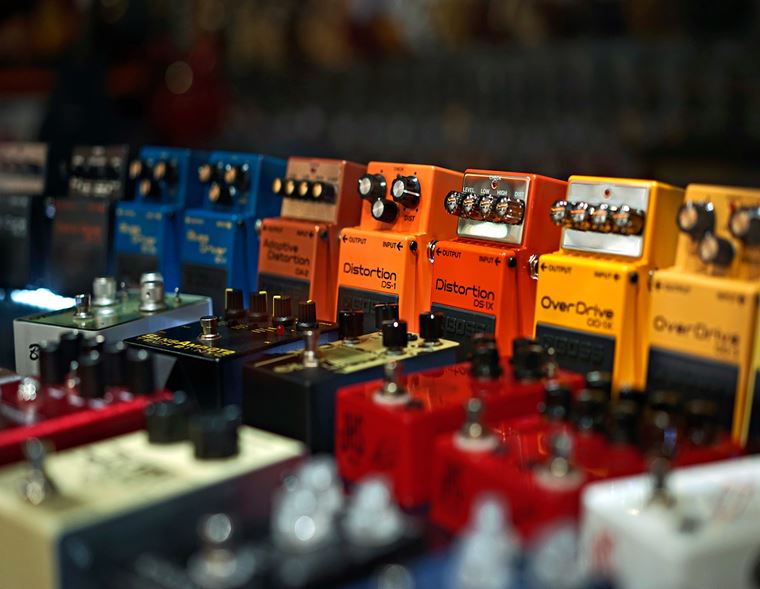 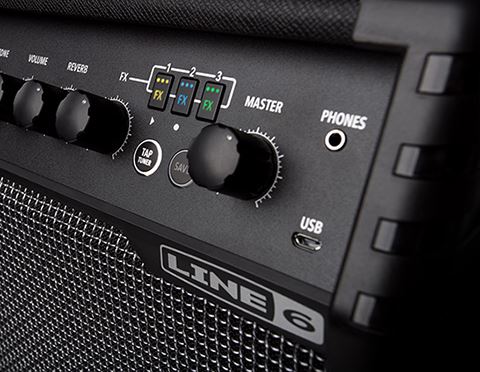 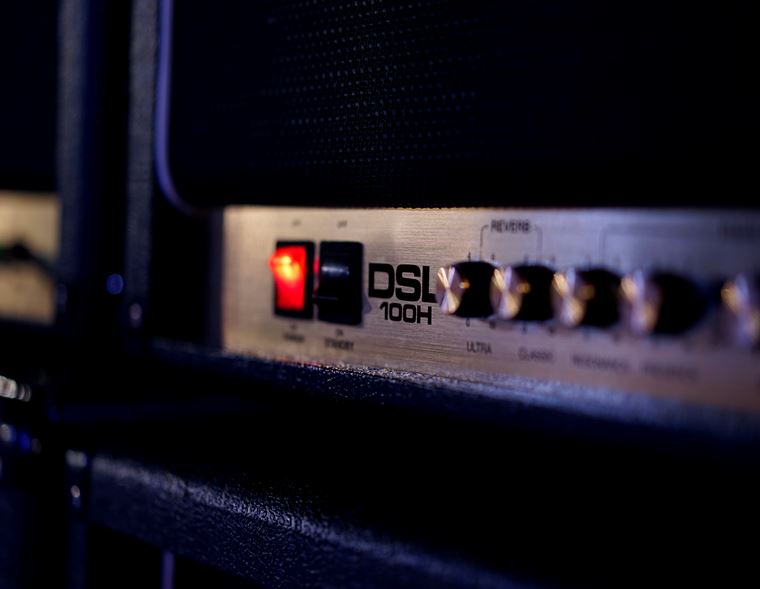 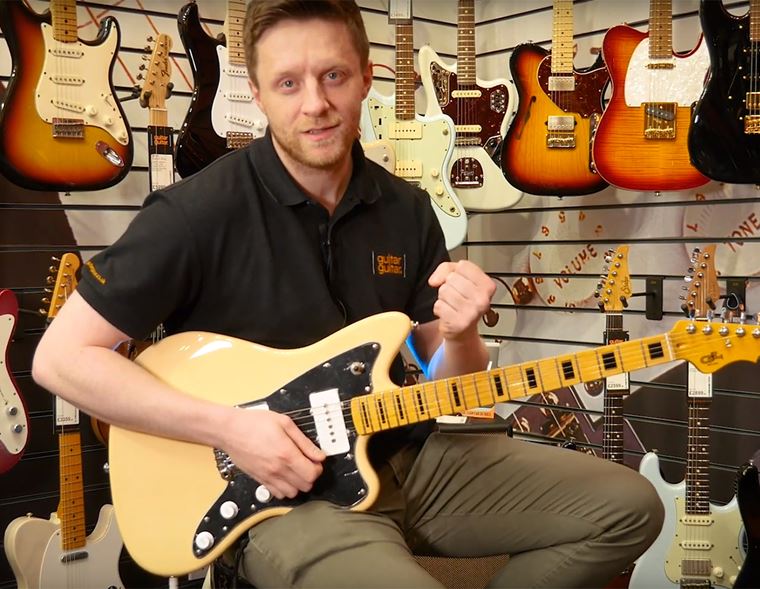 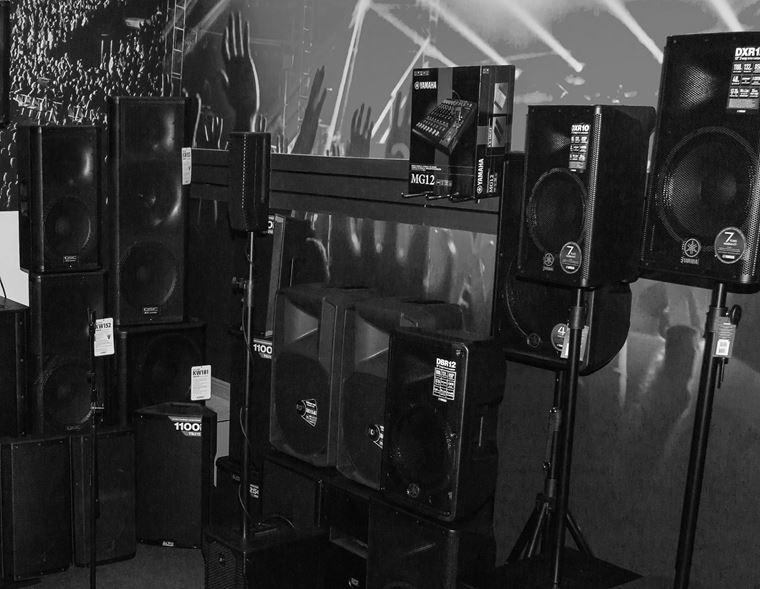 The guitarguitar Guide to PA for Small Gigs and Rehearsal Rooms