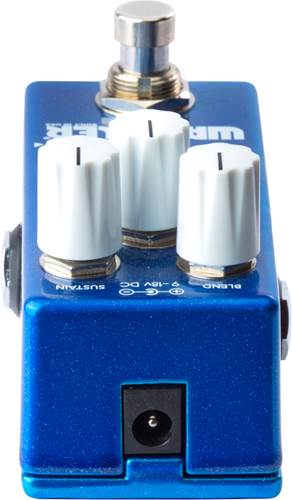 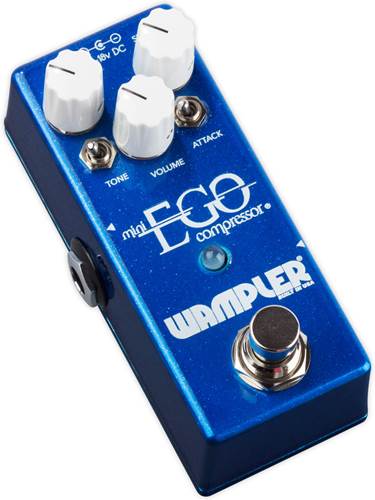 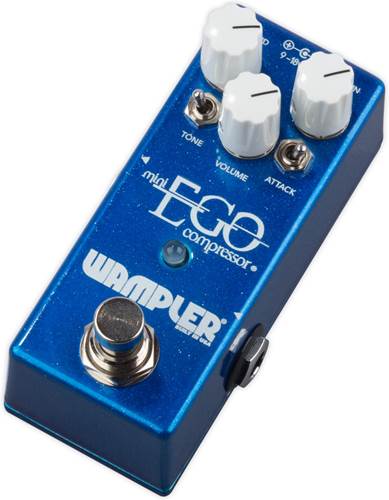 Order now for Delivery on Thursday

Now widely regarded as the industry standard in guitar pedal compression, the Mini Ego Compressor brings a new level of control to what is expected and needed by today's guitar players, in a Mini Format.

What does a compressor do? A compressor adds an element of control to your playing level – it will bring the quieter parts up and the louder parts down. While an ordinary compressor pedal can give you an element of control, a great compressor will give you the "feel" that other average compressors lack. If you've played a great tube amp when it's being pushed hard, you'll know what a great natural compressor feels like.
Based on the incredible success of the original Ego but featuring switches for tone (dark and bright) and attack (slow and fast) you can tweak your tone to a standard of a pedal twice its size. By keeping the clean blend of the original, your original signal to be blended in so you can get all the benefits of a great compressor (picking up the notes that aren't as strong and increasing sustain) but you have the option to remove the squash at the front by bringing the bypassed signal in. With this control, you can have full country squash or open studio level parallel compression. Basically, the Mini Ego gives you complete control of every aspect of your compression.
So, with a comprehensive array of controls and a core tone that is pure, you won't find a compressor that works perfectly as an "always on" or as "an effect" that is more highly regarded than the Mini Ego from Wampler Pedals.

We'll get in touch when the Wampler Mini Ego Compressor Pedal is available.