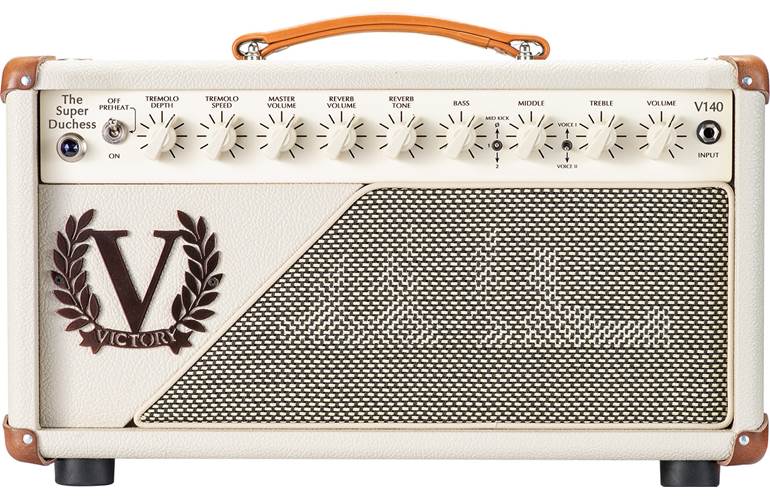 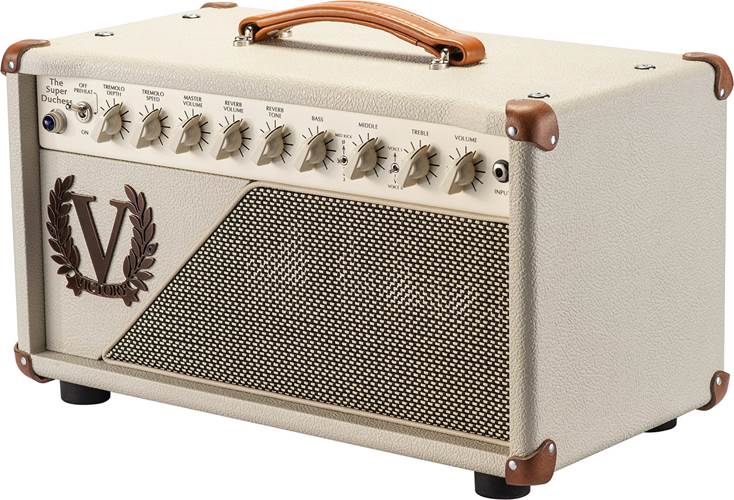 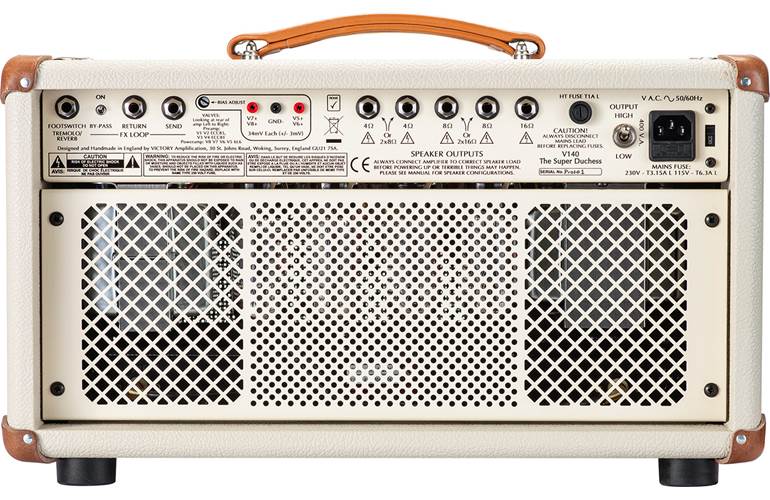 The Compact Series V40 The Duchess surprised many people at launch in 2014. Amid a market packed with multi-channel, multi-feature amps, here was a single-channel valve amp aimed squarely at roots, blues and classic rock players who love to use pedals. It was an instant success and remains one of Victory Amps best selling models, used by a wide variety of bands and players. The Heritage Series V40 Deluxe combo and head followed in 2017, adding valve-driven spring reverb, tremolo and taking a step towards classic American voicing in the cleans. Like The Duchess it has become much loved for its range of timeless tones in that all-rounder, 40-watt world that suits small and medium gigs perfectly… and of course for recording.

There were a number of players who wanted more, however. More power for even bigger clean tones, with high-headroom dynamics that deliver subtlety and nuance in a way that only a 100-watt amp can. Adding another pair of 6L6 power valves and a bigger power transformer to deliver more depth, more clarity and more definition. Enter V140 The Super Duchess. A 100-watt all-valve head in 2019, you ask? You bet – with no apologies.

Victory Amps have also added a couple of other tweaks over the 40-watt model. First, V140 The Super Duchess has a long-tank, valve-driven spring reverb for huge, smooth and deep ’verb (V40 Deluxe has a short-tank reverb). Second, there’s an additional, newly voiced Mid Kick switch option – now three-position instead of two – to add even more upper midrange focus and cut if you want it.

The Super Duchess is finished in cream vinyl to match the V212VCD or V112C cabs: a rig that looks as beautiful as it sounds.

Stunning amp. Replacing my trusty Suhr Badger 18 was a difficult task. The Super Duchess is very well put together and well laid out. The additions of reverb and tremolo were one of the reasons for purchasing this amp, but top of the list is the incredible range of tones that this 100/30 watt head can produce. 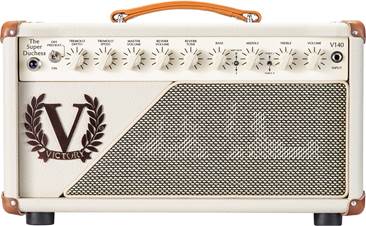 We'll get in touch when the Victory Amps V140 The Super Duchess is available.