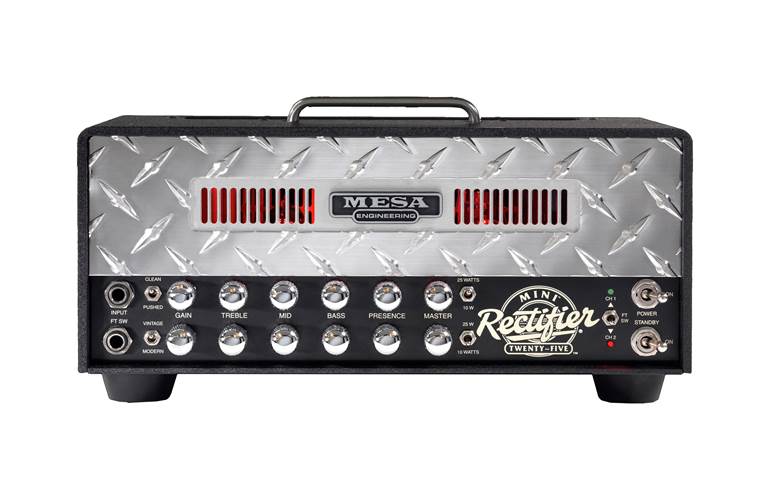 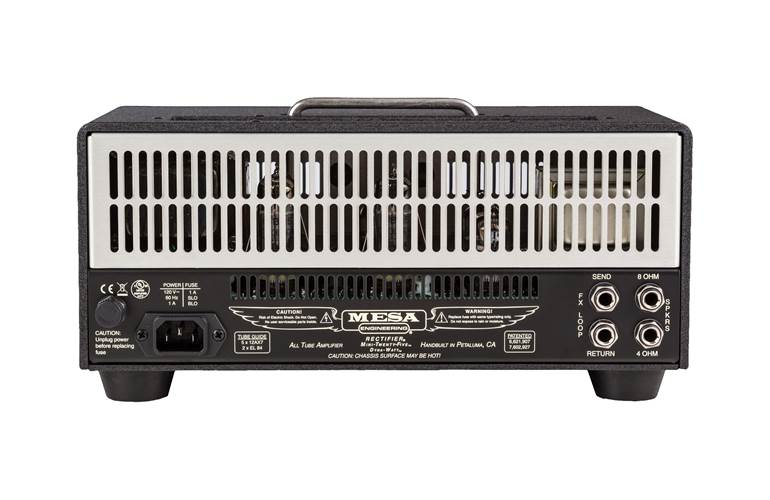 The Mesa Boogie Mini Rectifier Twenty Five Valve Amp Head is a compact amp that packs an incredible punch. Weighing in at a mere 5.5kg and measuring in at just over a foot, this tiny amp head is incredibly portable and has an enormous sound that punches well above it's weight class.

It's no easy feat to pack this much sound into such a small package, but Mesa Boogie have knocked it out of the park with this one. Super light at 5.5kg and measuring in at just over a foot, this isn't just a scaled down imitation of the Rectifier, its got the same build quality, materials and attention to detail.

You would expect that with the difference in size compared to it's larger Rectifier counterpart, that there would some compromises in terms of sound, not the case. The Mini Rectifier is an absolute powerhouse for it's size, featuring a wide variety of sounds, tones, and even packing the same tubes the make up the Rectifier, there are no sacrifices to be found here.

The Mesa Boogie Mini Rectifier doesn't mess around, it has a simple, no frills design that lends itself to easy plug-in and play. Two independent channels, two modes, and every sound profile from subtle cleans, to high-gain Heavy Metal crunch.

Excellent amp despite being overpriced which is just how it goes with Mesa. Versatile, portable and wonderful tone. What more can you ask for?