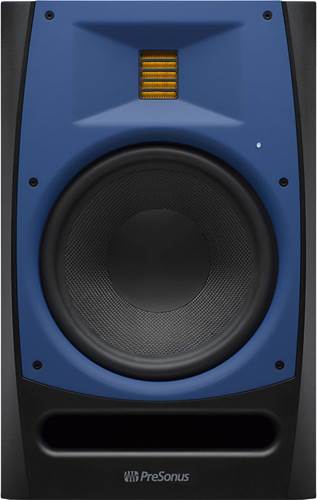 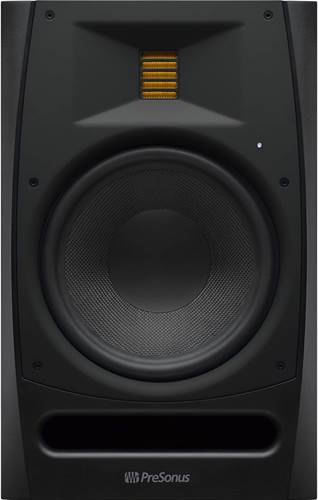 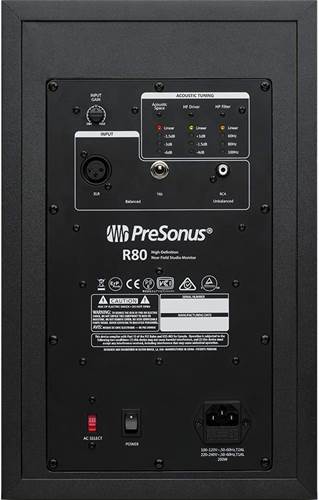 Hear the most subtle details.

The R80 studio monitor features a custom 6.8-square-inch Air Motion Transformer (AMT) tweeter that responds to the subtlest waveforms and the highest frequencies. This allows you to hear the “air” and the greater sense of space that is characteristic of audiophile recordings. The R80 studio monitor's transparent and highly accurate sound makes it ideal for use in both commercial and home recording studios as well as broadcast and post-production environments.

In order to dampen resonance peaks at higher frequencies, conventional dome tweeters are injected with fluid to raise their mass, sacrificing transient response time. By contrast, the custom-designed AMT tweeter in the R80 studio monitor uses an incredibly thin, folded Kapton® membrane (< 0.01 mm) with an inlayed aluminum circuit functioning as the voice coil, allowing the tweeter to move at the same instant as the electric current. The resulting reactive response time provides marked clarity and superior transient reproduction.

An unfolded AMT tweeter diaphragm provides 8 to 13 times the projection area of a traditional 1-inch dome tweeter, enabling R80 studio monitors to provide a much wider stereo soundstage than traditional designs. At the same time, the R80 speaker design provides a very limited vertical dispersion, which helps to reduce reflections from the ceiling and desktop that can cause phase coherence issues. Because it’s less subject to room-anomaly interference, the R80 studio monitor reacts predictably and sounds consistent from room to room.

The R80 studio monitor utilizes an 8-inch, woven composite, low-frequency driver. This rigid cone maintains a more consistent dispersion pattern across its frequency response range. Biamped and driven by a 150W Class D amplifier—making the R-series speakers some of the most powerful studio monitors in their category—these monitors deliver an open, clear, and less fatiguing listening experience.

We'll get in touch when the Presonus R80 Studio Monitor (Single) is available.