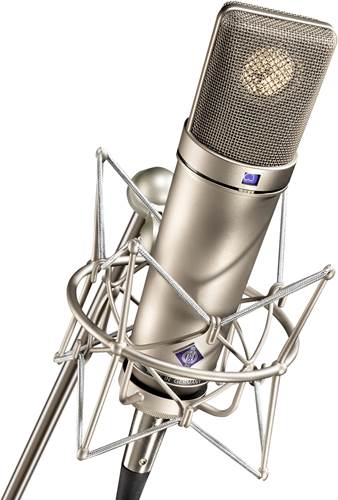 In a word: The Neumann classic. Three directional characteristics and switchable pre-attenuation ensure suitability for a wide range of applications.

The Neumann U 87 Ai - voted as THE best microphone

The readers of the SOUND ON SOUND magazine have voted: U 87 Ai - the BEST MICROPHONE, announced during the Winter NAMM show 2012 in Anaheim, California.

The SOS award went to products, that "have made our lives in the studio all the more enjoyable". It is further evidence of the reputation of the U 87 Ai as the world-famous, professional standard studio condenser microphone. Until today the U 87 sets the mark in the microphone industry by which all others are measured. 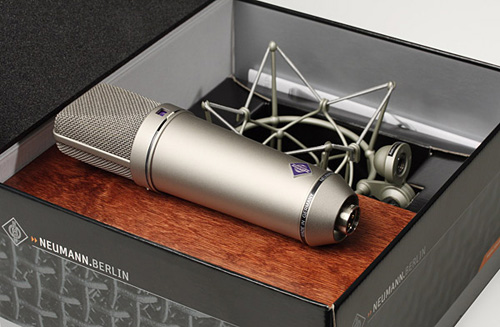 The U 87 presents a wide range of features and versatility that make it to one of the most desirable mics available. Our users are recognising the microphone immediately by its distinctive design. Well-known for its warm and well balanced characteristics - your perfect choice as vocal microphone for all types of music and speech. The usage as main microphone for orchestra recordings or as spot mic for single instruments make it the most general-purpose microphone - in studios, for broadcasting, film and television.

The U 87 is equipped with a large dual-diaphragm capsule with three directional patterns: omnidirectional, cardioid and figure-8. These are selectable with a switch below the headgrille.

A 10 dB attenuation switch is located on the rear. It enables the microphone to handle sound pressure levels up to 127 dB without distortion.

Furthermore, the low frequency response can be reduced to compensate for proximity effect.

The U 87 Ai condenser microphone is a large diaphragm microphone with three polar patterns and a unique frequency and transient response characteristic.

Users recognize the microphone immediately by its distinctive design. It is a good choice for most general purpose applications in studios, for broadcasting, film and television.

The U 87 Ai is used as a main microphone for orchestra recordings, as a spot mic for single instruments, and extensively as a vocal microphone for all types of music and speech.

The U 87 Ai is addressed from the front, marked with the Neumann logo. The frequency response of the cardioid and figure-8 directional characteristics are very flat for frontal sound incidence, even in the upper frequency range. The microphone can be used very close to a sound source without the sound becoming unnaturally harsh. By means of a high-pass filter interferences through subsonic and low frequencies are reduced remarkably.

The dual-diaphragm capsule is elastically mounted and protected by a large headgrille. A switch below the headgrille selects the three directional patterns: omnidirectional, cardioid and figure-8. A window above this switch shows the symbol of the selected characteristic.

The letter A in the name indicates a more recent generation, as compared to the U 87 i microphones that were built from 1967 to 1986. Modifications apply to the electronic components of the microphone only; the capsule remained unchanged.

The present-day circuitry increases the operational headroom of the U 87 Ai by supplying the bias voltages for the capsule through a reduced resistance. The result is a higher sensitivity of 10 dB for identical sound pressure levels, and an improved S/N ratio of 3 dB.

A switch located at the rear attenuates the sensitivity by 10 dB. When this switch is activated, the microphone accepts sound pressure levels up to 127 dB (equivalent to a sound pressure of 45 Pa) without distortion.

An additional switch at the rear allows to change the microphone's cutoff frequency. This reduces low frequency interference directly at the input of the microphone amplifier.

This setting also compensates for the unavoidable bass boost that occurs with all pressure gradient transducers when they are used at close distance (proximity effect).

A huge step up on other mics in my locker! 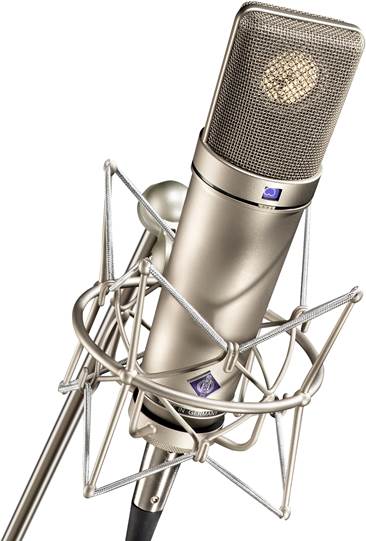 We'll get in touch when the Neumann U87 Ai Nickel Studio Set with Shockmount is available.