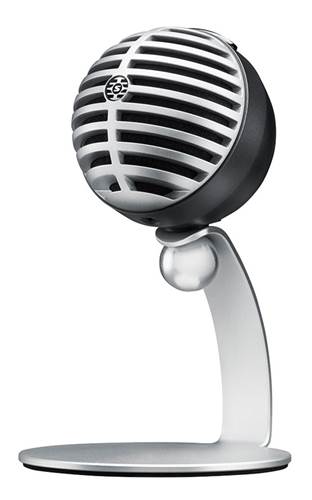 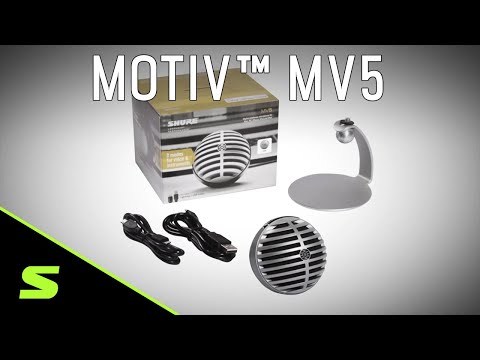 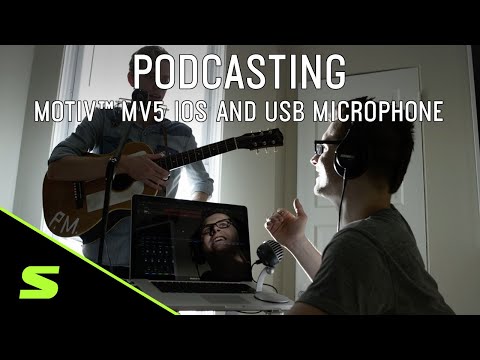 It’s an amazing time to be creative. Getting your inspiration out there is only as far as your computer or even your phone. But your audio could be better. Way better, right? The MV5 fixes that. With pristine sound recording and intuitive app controls, this is plug-and-play simplicity that’s travel-worthy.

A legend in audio, Shure designed the MV5 to connect and record via Lightning or USB directly to your phone, without sound distortion. Use vocal, instrument or flat settings to customise your recording -- and the ShurePlus™ MOTIV™ audio app for pro editing on-the-go. Upgrade your podcast, vlog or voiceover recordings, and stand out from the competition.

The MV5 packs the clarity of almost a century of audio experience into a super-portable microphone. You get sound quality, squared.

Plug-and-play is only part of the story. Though you’ll be set up in seconds, it’s also easy to select vocals, flat or instrument modes so you’re good to go when inspiration strikes.

Designed to travel with your computer or phone, the MV5 rests on its own or connects via a standard 3/4 inch (1.9 cm) mount to the included desktop stand.

The ShurePlus MOTIV audio app gives you the ability to record studio-quality audio — and so much more. Trim and share in multiple formats with a few quick taps.

Quality That's in the Details

We'll get in touch when the Shure MV5 Digital Condenser Microphone is available.