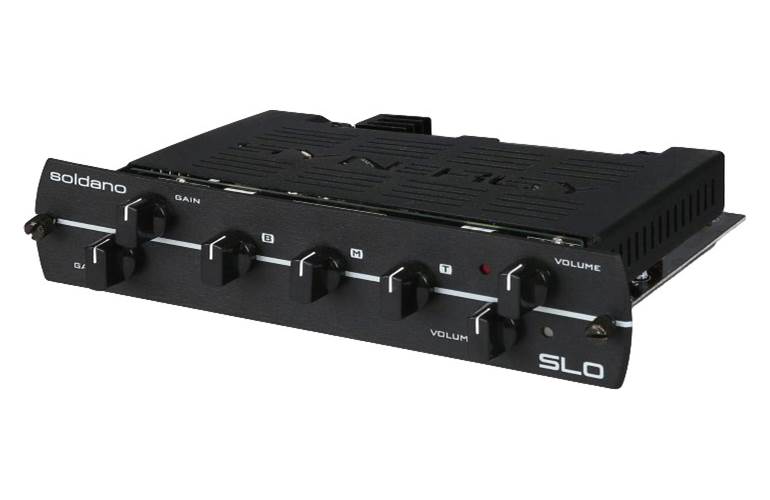 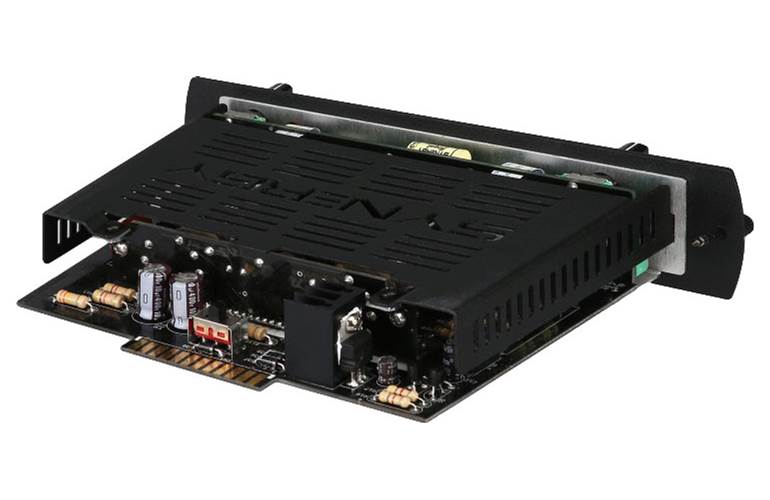 When Mike Soldano released the original Super Lead Overdrive (SLO) 100 in the 1980s the sound of rock 'n' roll electric guitar was forever changed. With industry-shifting innovations such as dual footswitchable channels and the amp's inherent focus and tone, Soldano quickly became the name you wanted on the front of your guitar rig. The man's ceaseless commitment to quality and consistency has helped maintain his position as one of the gurus of high-gain amplification. And you'll still find him personally hand-soldering Hot Rods, Decatones, and SLO-100 amps in his shop in Seattle, Washington.

The Soldano SLO-100 is one of the first boutique-style high-gain amplifier heads to ever hit the market. Previous amps had hinted at the evolution of hard rock guitar tone, yet it took the mighty SLO to define its chewy distortion, tight low end, cutting highs, and full-throated mids. The proof of the SLO-100's legacy can be witnessed every time you find one still backing some of the biggest players in the world. Far from a one-trick-pony, the SLO's singing sustain has even be found backing the lyrical playing of Eric Clapton and Mark Knopfler. Whether pushing the swampy slide work of Warren Haynes, the New Wave stylings of Blondie's Tommy Kessler, or the mention that even EVH himself used to crank one up, the Soldano SLO-100 continues to prove itself as one of the premier rock 'n' roll amps of all time.

The sound of a Soldano SLO-100 is an experience all high-gain fans need to experience. And thanks to the Synergy Soldano SLO preamp, it's never been easier. But the SLO module isn't some modeling or emulation of Soldano's beloved circuit. Mike Soldano himself designed this dual 12AX7-powered preamp to elicit the same thick sound, creamy gain, and endless sustain of his original amp. With the addition of a second similarly voiced channel, the SLO Preamp Module offers two switchable voices that will take you from tight crunch to soaring lead with the push of a button. Thanks to the Synergy Soldano SLO preamp, nailing the elusive tone of a cranked Soldano SLO-100 is easily within your reach.

The Synergy SLO pre-amp features two channels.  Each channel has a gain and volume knob with a shared three band EQ.

This three position switch allows you to configure the input tube bass response to match the original circuit of the selected module. This will affect the feel and tightness. Each amp designer has a specific combination of components that makes up their input tube circuit. We have selected the three most popular combinations which you can access with this switch. The module will come preset to Mike Soldano's preferred setting which for the SLO module is position 3 (1.8K resistor and 1uf capacitor).

This is an incredible unit, I'm very pleased!

We'll get in touch when the Synergy Amps Soldano SLO Two Channel Pre-amp Module is available.