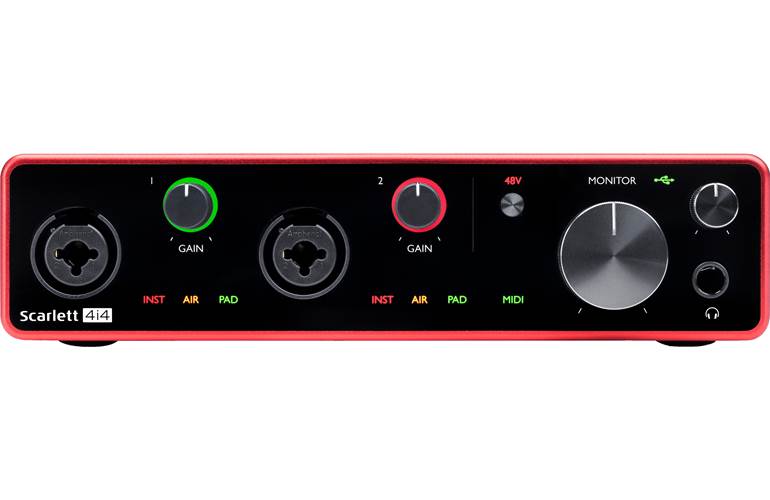 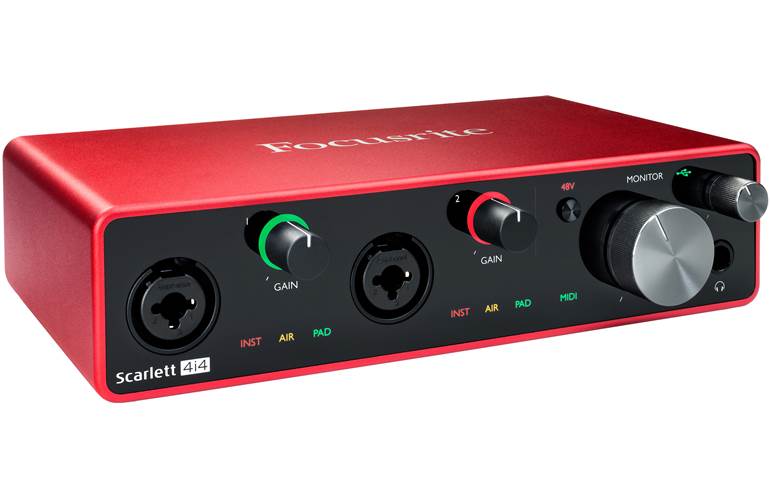 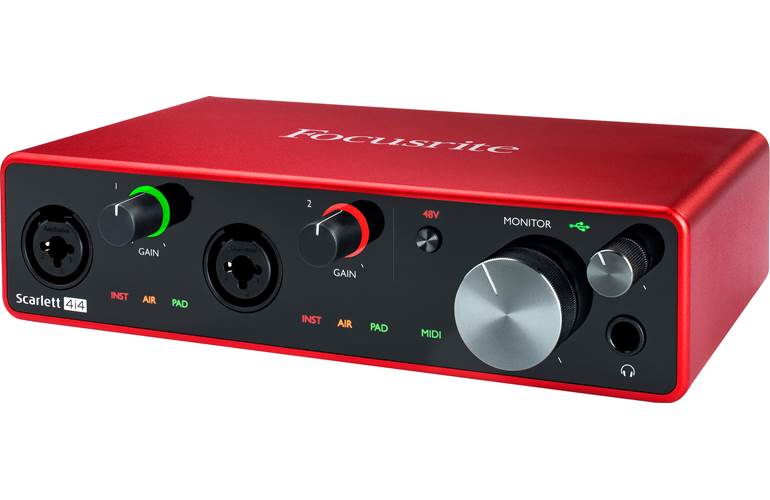 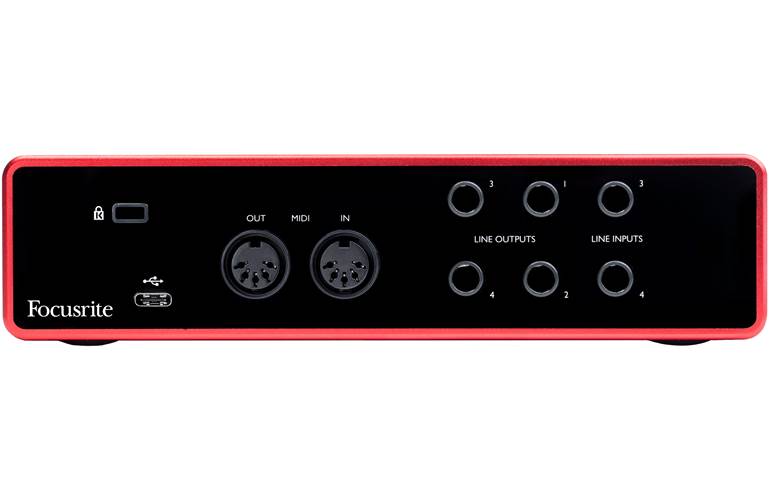 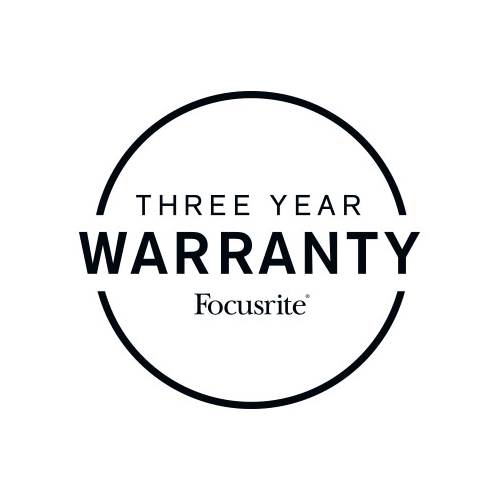 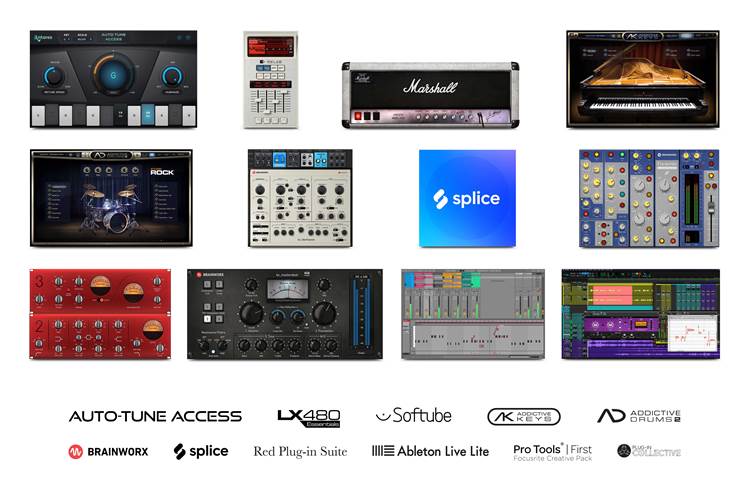 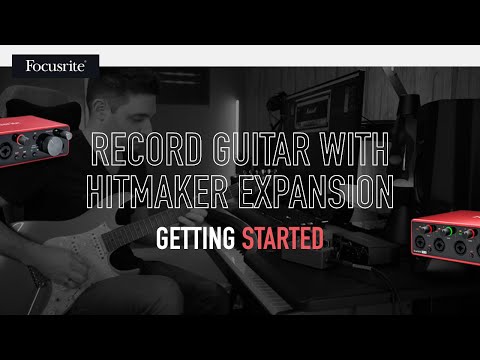 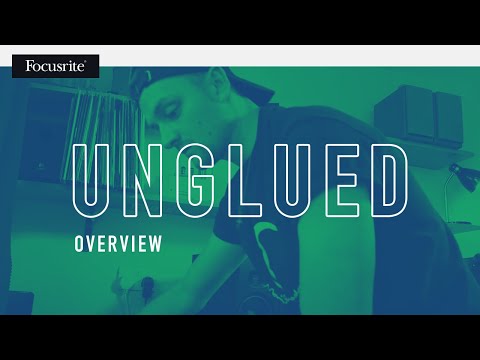 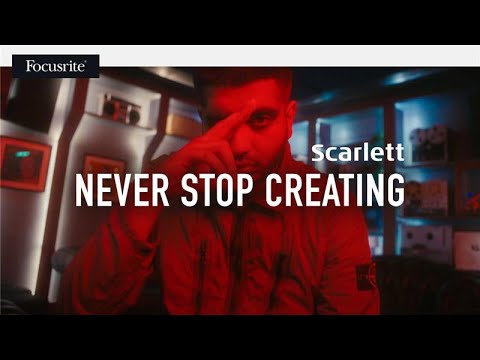 Focusrite Scarlett 4i4 (3rd Gen) is a high-quality USB audio interface that features connections for microphones and instruments. With four inputs and outputs, it's ideal for musicians, podcasters and producers looking for a powerful and portable USB interface, Scarlett 4i4 offers incredible value for money and is bundled with some great software to get you started on your recording journey.

If you're after a USB audio interface with four inputs, four outputs and MIDI connectivety, Scarlett 4i4 is the one for you.

The Scarlett 4i4 features a pair of combination inputs and two line-level inputs. This allows for various recording combinations, which for example could include two singers with a digital piano recorded in stereo, a solo musician with one vocal and a guitar, or a podcast setup with two people talking and playing CDs.

With four line-level outputs, the 4i4 can be an essential part of your stage and studio setups.

In the studio, 4i4 could be used to send mixes to two pairs of monitors, or a mix to one pair of monitors with the other two outputs being used for FX sends where they're fed into two separate effects units, returning to line-inputs 3 and 4.

On stage 4i4 can be used for sending multitrack stems to the PA, for example, you could have a backing track with bass, keyboards and backing vocals, each individually sent to the PA to be mixed by the engineer, and use the fourth output for a clicktrack which is sent to your drummer's headphones.

Activate Air to engage the All-analogue Air circuit, which switches the impedance to 2.2kΩ and adds two cumulative high shelves, totalling a 4dB boost in the high frequencies, recreating the sound of the classic Focusrite ISA 110 preamp which was commission by Sir George Martin for his iconic AIR studios. This essentially swaps the sound of your selected channel from the standard ultra-clear sound to an analog channel strip sound that makes drums pop and vocals shine.

Each new Scarlett now comes with an expanded selection of software worth over £1000!, including the Focusrite Red Plug-in Suit and Hitmaker Expansion to get you recording professional music straight out of the box. Your new Scarlett comes with the following software:

Great piece if kit! It does exactly what I want. I honestly thought I would have lots of problems installing it into my set up but it was really easy. Great news if your not good with computers!

Solid piece of kit, intuitive when used with accompanying software.

We'll get in touch when the Focusrite Scarlett 4i4 (3rd Gen) USB Interface is available.