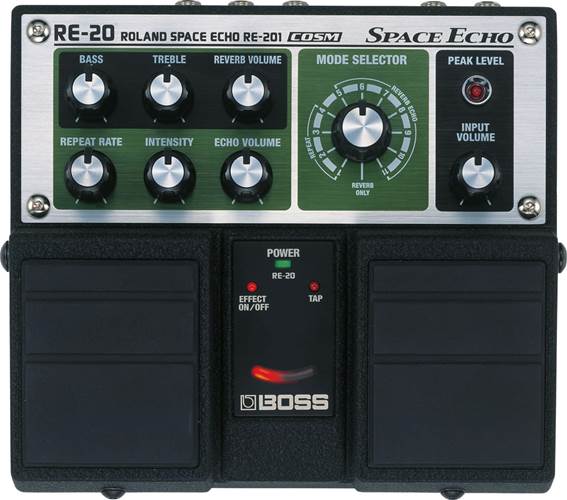 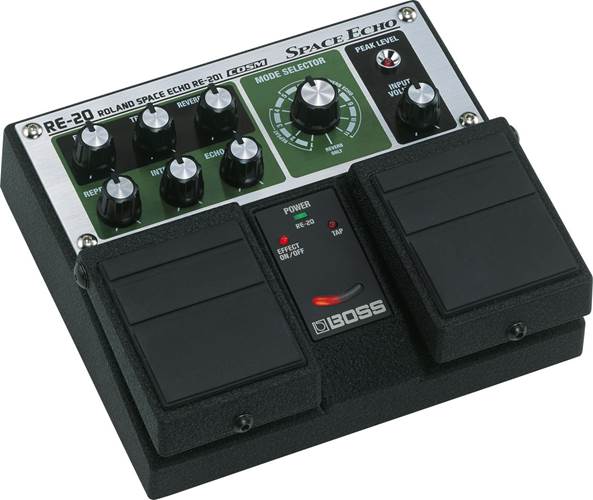 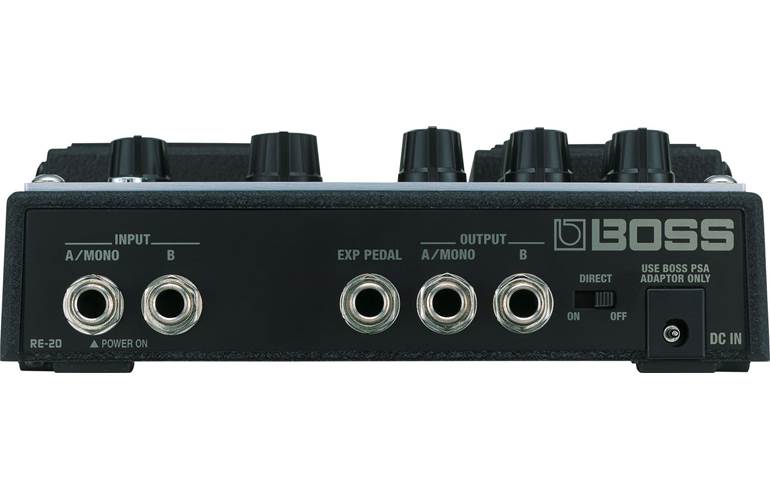 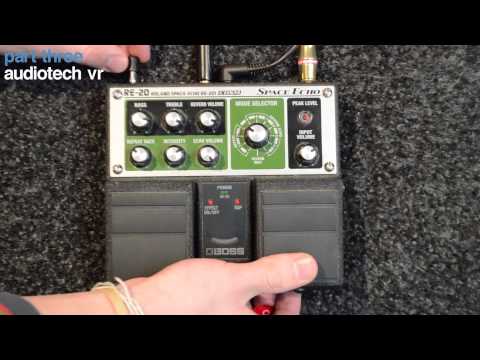 A favourite pedal of pretty much everybody who has ever tried one, BOSS's RE-20 Space Echo is a loving tribute to the classic RE-201 Space Echo head. Reimagined into BOSS's twin pedal format and displaying the same green and silver livery, the RE-20 gives you a cosmic blend of reverb and delay algorithms with a ton of character and eccentricity.

Popular with reggae producers and shoegaze guitarists, the original Space Echo was capable of a thick wall of constantly shifting ambient sound that could grow and grow into a caterwauling crescendo of atonal texture. Used in more sensible settings, the Space Echo gave players a wonderful bed of sound and sonic depth from which to lay down washes of notes and sound. The modern day RE-20 achieves these vistas of sound with ease and complete accuracy. The random 'madness' seemingly built into original units has most definitely survived into this modern digital iteration: note repeats will spiral off and self-oscillate until the sound becomes a melange of atmospheres. If regular delays and reverbs leave you cold and uninspired, try connecting an RE-20 to your rig.

One of the most beloved echo effects ever made, the Roland RE-201 Space Echo, has been reborn as the BOSS RE-20 Twin Pedal! Roland and BOSS have recreated every sonic detail and nuance of the original. Experience the legendary tape-echo sound of the RE-201, and get “lost in space” with this retro-modern marvel. 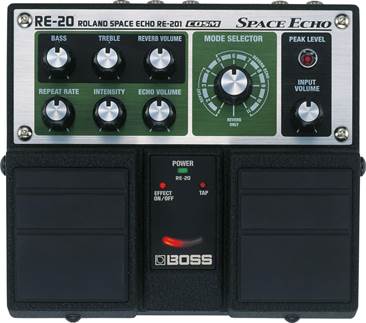 We'll get in touch when the BOSS RE-20 Space Echo is available.