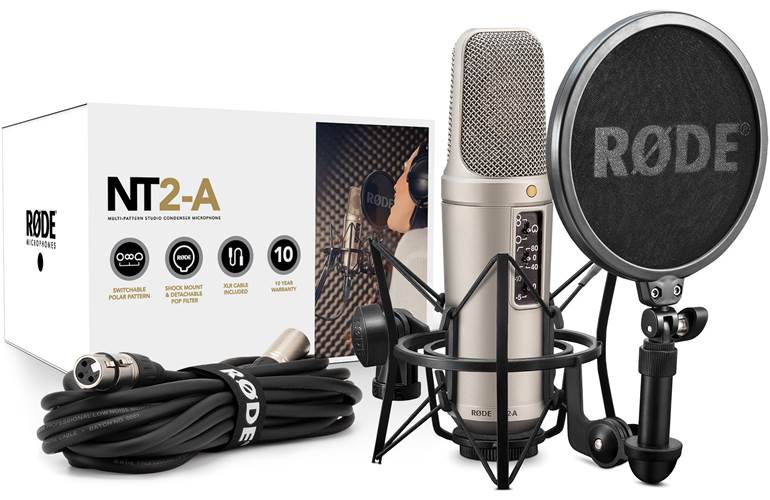 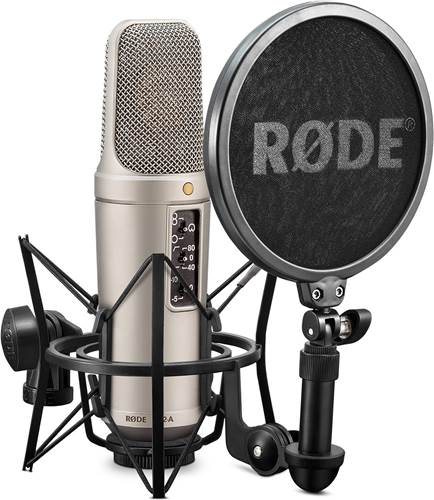 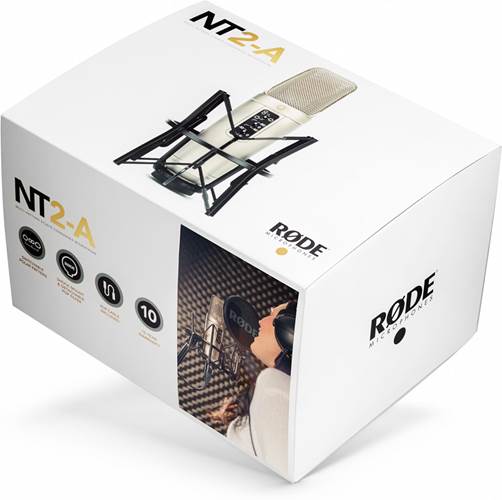 The Rode NT2A Pack is the ultimate gateway to professional sound. Not only is it a beautiful microphone supplied with a cable, shockmount and pop filter, it also features polar pattern switching as well as filter and pad switching. This makes it an incredibly versatile microphone, suitable for recording voice and instruments for music and broadcast.

Like all professional microphones, the NT2A is incredibly sensitive. This means that unprotected, it could pick up unwanted noise through your mic stand or capture plosives from singers. To prevent this the NT2A comes with a shock mount which cradles the mic to reduce rumbling, and a pop filter which stops gusts of air entering the mic when you sing.

The microphone features a great selection of switching to tailor the NT2A's sound to what you're recording. This includes a high pass filter, which cuts out lower frequencies and is most commonly used on vocals which don't produce low frequencies. This cleans up your recording and reduces the need for drastic EQ. Plus a PAD switch, which essentially subdues the mic's sensitivity, this is useful for recording loud sources like drums, which can often distort the microphone.

Once registered via your Rode account, your microphone is covered by the Rode 10 year extended warranty, giving you the peace of mind that your investment will be protected for many years to come.

Really pleased with the item so far, excellent quality.

excellent product for the price

Everything has been great! 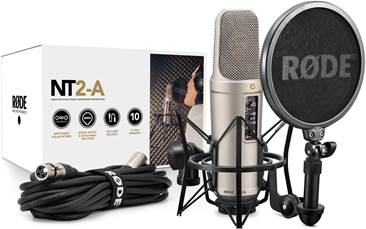 We'll get in touch when the Rode NT2A Pack is available.