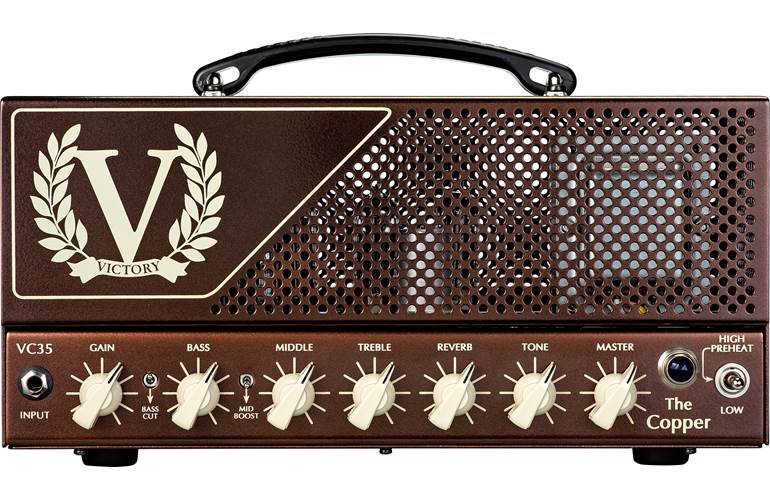 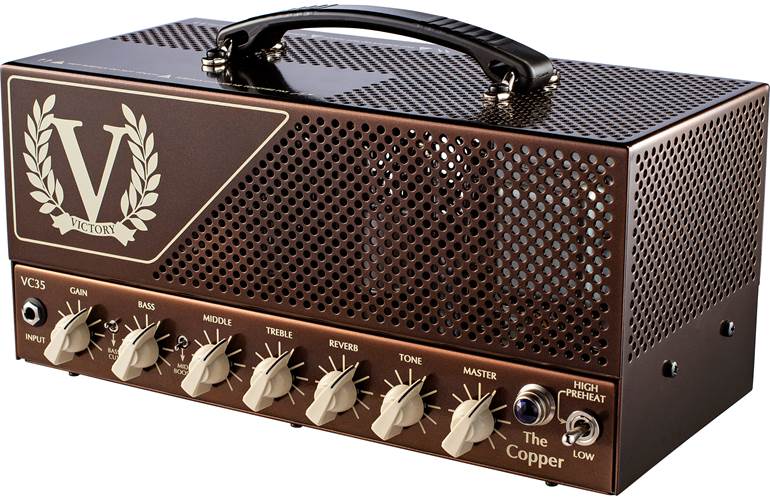 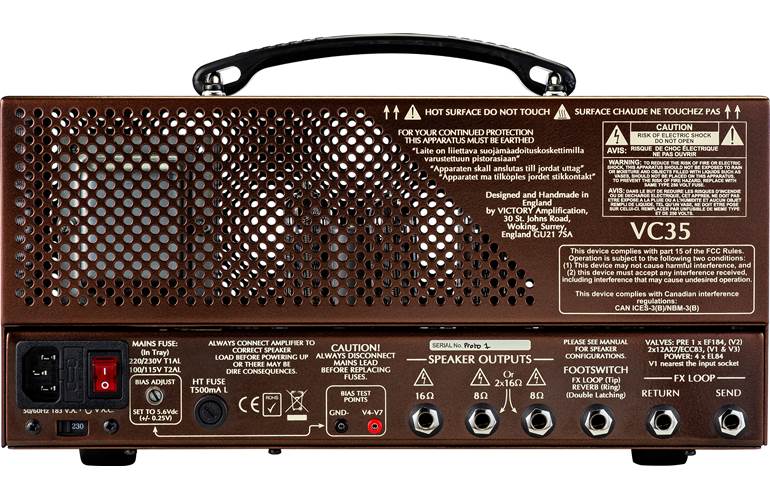 The Victory VC35 is a 35-watt all-valve head in the popular Compact Series. Single-channel, four EL84 power valves and a plethora of timeless British-inspired pop, rock and roots tones.

The sonic blueprint was set in late-1950s England, then modified, evolved and refined through to the hand-made, boutique valve amps of the 21st century. Yet this is far more than a re-imagined AC-alike. In classic Victory Compact Series style, we’ve packed all those tones and more into a pint-sized powerhouse that can deliver anything from traditional chiming trebles, through jangling pop, punching mid-rich rock, higher-gained classic rock and plenty of American boutique-style cleans and low-gain textures to boot

A rotary pot and bass cut switch give you the control to dial in anything from skinny British ’60s pop jangle, to full and fat, modern boutique tones.

We’ve included a mid boost switch along with the mid rotary control to add overdrive and deliver those rich, vocal lead tones.Try it with the bass cut and plenty of gain for classic rock soloing bliss.

VC35 has a no-hassle, super-reliable digital reverb (like our V40) to keep you ambient. Somewhere between room and plate... and there’s plenty available!

This global tone control works as it does in the classic Vox amps... except the trebly stuff is found clockwise. It’s great for that final high-end response tone tweak to your playing environment.

If you’re running the VC35 gainy, your time-based effects – reverb and delay – will stay cleaner sounding here. Some people also like to run a stompbox boost pedal in their loops, for solo boosts.

When it’s time to change your EL84 output valves, you can test and adjust the bias for the replacements quickly and safely.

We'll get in touch when the Victory Amps VC35 The Copper is available.