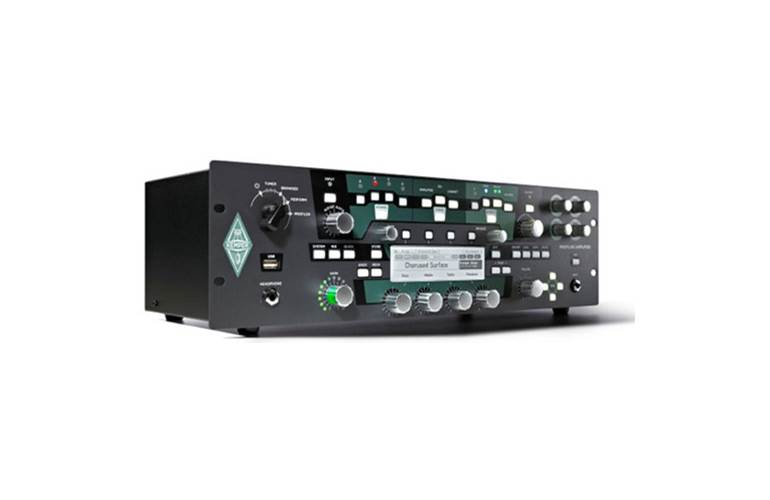 One year after the arrival of the Kemper Profiler concept to the market, it has found its place on all levels guitar players usually operate: at home, in the rehearsal room, the recording studio and on stage, even arenas. Featuring a user interface nearly identical to the lunchbox version, the Kemper Profiler Rack is just as easy to operate.

The layout is highly intuitive and already familiar to users of more traditional amps. The most important parameters, such as gain, tonestack and volume, are directly accessible. There are even dedicated knobs to control the reverb and delay from the front panel.

About Kemper Amps
The Kemper Profiler represents a radical new approach to guitar sound. For decades, the electric guitarist has effectively been shackled to the tube amplifier as the only solution for getting “that sound”. This combination may indeed be glorious, but it is far from ideal; achieving consistent results between practice, studio, and touring situations continues to challenge the guitarist, just as it has since the early 1930's. With the advent of the Kemper Profiler, everything has changed. For the first time in history, guitarists are free to create the most unique and individual tones that reflect the very essence of the player, and then capture these exact sounds into the digital domain with Kemper's patented technology.

I haven't spent enough time with the unit so far to be comfortable giving a 5. So far it seems excellent, fantastic sounds, easy to use. It is a complex system and capable of doing many things so plenty still to learn/experience. If it continues the same way I would have no hesitation in awarding a 5* Very easy to get great sounds quickly, registration and software update was simple. Some of the sounds coming with the unit are stunning, can hear things in my guitars that I haven't heard for years. Was wary of FX quality from reviews but no complaints there at all.

Delighted with my Kemper and my Yamaha HS7's - every bit as good as I had hoped. Would highly recommend.

This is a fantastic product,it has changed my recording sound to sounding professional before the mixing process. I would recommend this to anyone who is looking to bring their music to a pro sounding level.

Great product. Taking a bit of time to get used to all the functions but I can see it being used for a long time.

We'll get in touch when the Kemper Digital Profiler Rack is available.