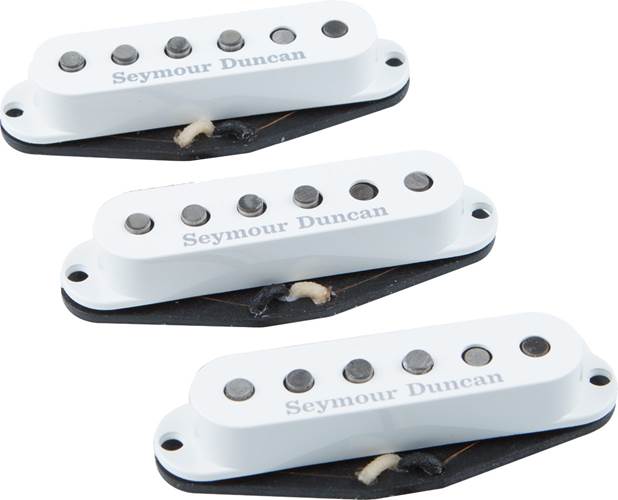 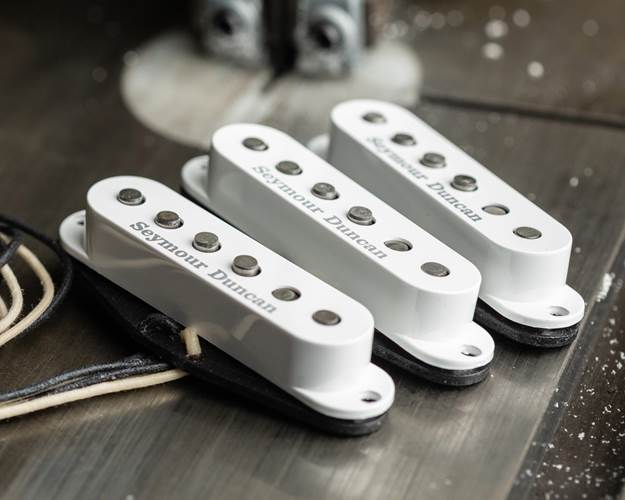 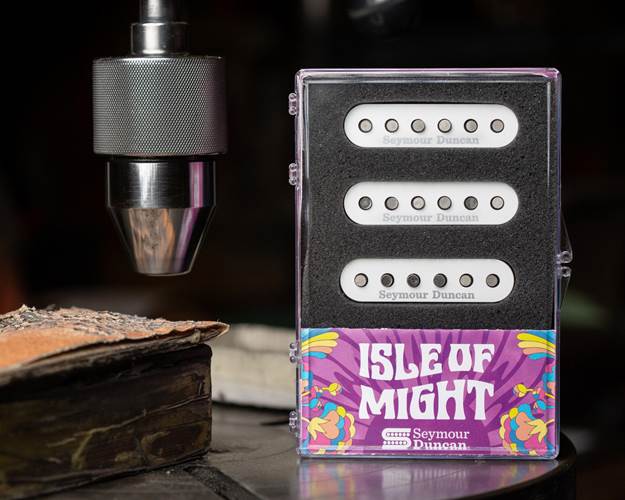 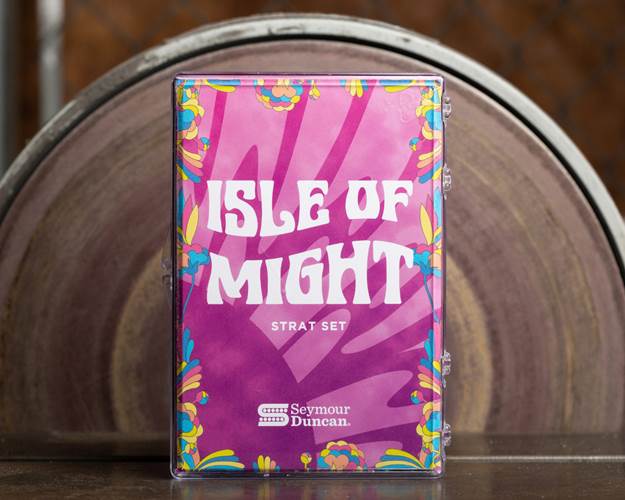 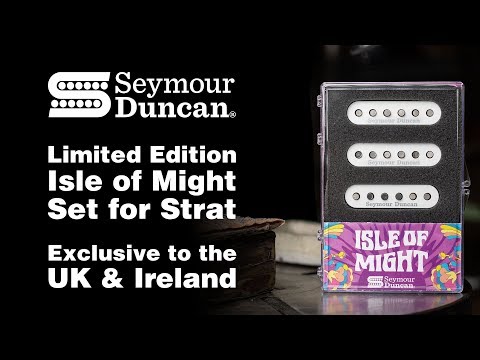 Mighty Wight, Isle of Might… The Isle of Might pickup set is hand wound in the Seymour Duncan custom shop as a limited UK exclusive run.

The set of three single-coil pickups capture the classic Strat tone from an iconic period in recorded music history, inspired by the artists who appeared at the first Isle of Wight festivals from 1968 – 1970. The groundbreaking counterculture event organised by the Foulk brothers, the Isle of Wight Festival is famed for the appearance of Bob Dylan and his band in 1969. The 1970 festival line-up reads like a who’s who of rock and blues with appearances from the likes of The Who, Jimi Hendrix, The Doors, Emerson, Lake and Palmer, Free, The Moody Blues and Chicago.

Vintage correct with cloth hook-up cable, staggered pole pieces and Alnico 5 magnets, each Isle of Might pickup is custom wound for a richer, melodic tone. The bridge model has an aggressive attack while staying true to period correct tone. The neck pickup sounds thick and full and in the in-between positions there’s plenty of that classic Strat ‘quack.’

We'll get in touch when the Seymour Duncan Isle of Might Strat Set is available.