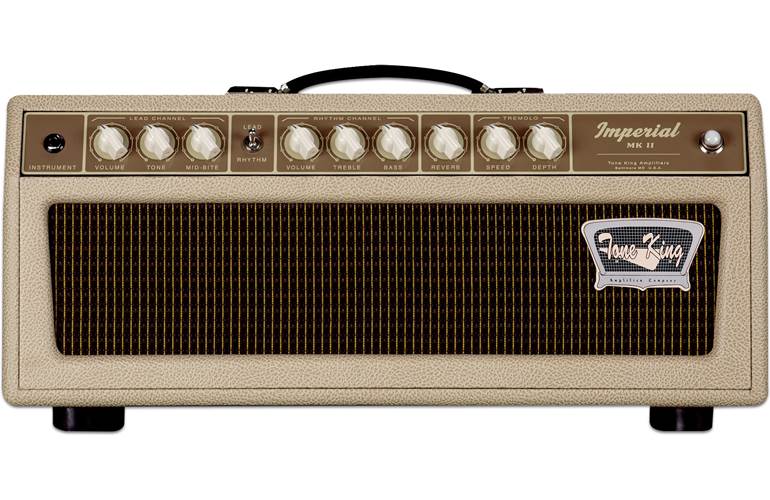 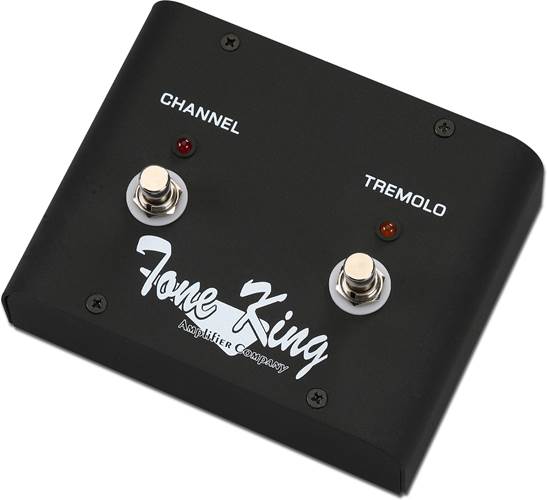 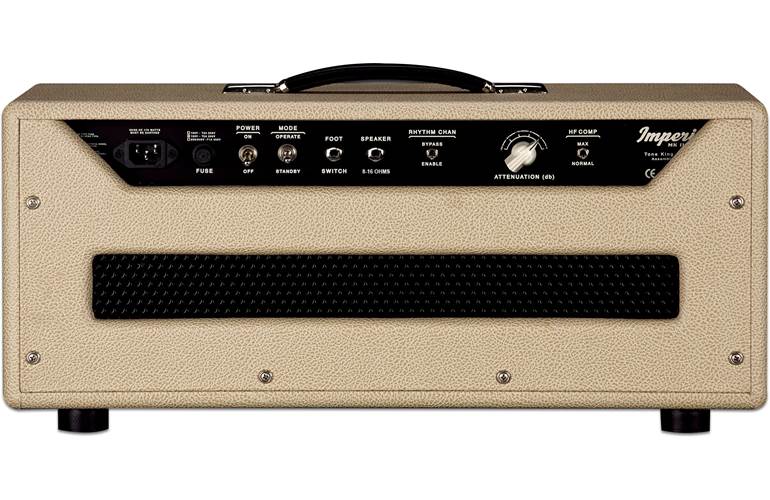 For nearly two decades, Tone King's Imperial combo has been hailed as one of the best-sounding American-voiced amps on the market. The MKII version, released a few years back, solidified its legacy status. All of the spanky blackface-style voice, gritty tweed tones, and intuitive controls that players love about the Imperial MKII combo, are now available in a convenient head version.

The Imperial MKII Head retains the combo’s vintage-voiced tube reverb and tremolo. You still get all of these tube-driven tones at any volume, thanks to an onboard Ironman II reactive power attenuator. With the ability to easily mix and match your favorite speakers and cabinets, this head is Tone King's most versatile Imperial ever. If you love the sound and feel of the Imperial MKII, but demand the sonic flexibility that only comes with a top-tier, all-tube amp head, this is the Tone King for you.

Spring boarding off of the tones that made the original Imperial its flagship amp, Tone King included a few tonal adjustments and additions that make the MKII your new go-to tube amp.

Tone King included the Ironman II power attenuator aboard the Imperial MKII for even more flexibility. Now you can bring your Imperial’s maxed tube tones to band or home-friendly levels. With its reactive load technology, your amp will sound and respond the same at any volume.

Onboard spring reverb and tremolo

We'll get in touch when the Tone King Imperial MKII Head Cream is available.