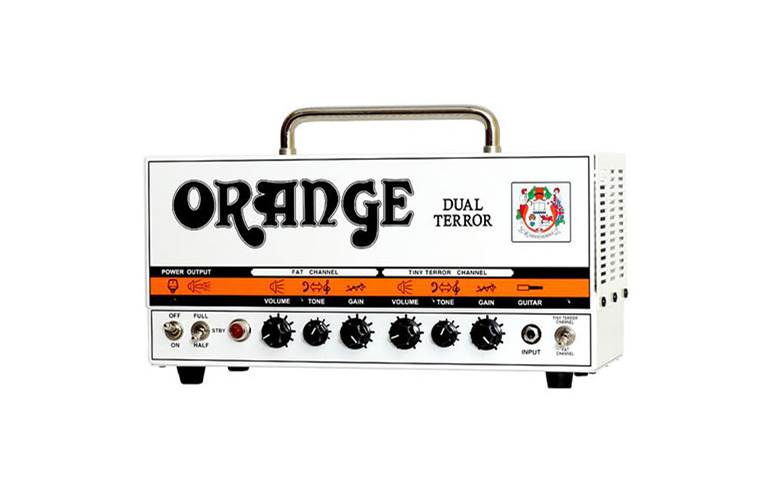 A sensible next move from Orange after the phenomenal success of their lunchbox-sized Tiny Terror head was simple: more. The Dual Terror solves the single channel issue by having two; it deals with the 15 watt power limit by doubling it to 30 watts of valve tone. More. Simple.

Still massively portable but now much more handy as a gigging proposition, the Dual Terror lays on the classic, spiky-yet-rich, textured gain sound beloved of Orange aficionados everywhere, this time with slightly more ‘oomph’ in the shape of a Fat channel. This is described by Orange as being ‘rounder’ and that’s as good a summation as any: it’s full of gain and sustain, perfect for wailing leads and crunch-laden riffs. The other channel is the same as the original Tiny Terror but with double the volume now, meaning more headroom for your clean sounds.

Whether you are gigging, recording, rehearsing or playing at home, there is never a bad time to own a phenomenal sounding amp that’s small enough to fit in a backpack!

The Dual Terror switches from 30 to 15 to 7 watts making it the ultimate versatile portable amplifier both for studio and stage. The Fat Channel delivers warmer tones whilst the Tiny Terror Channel has the sonic character of the original Tiny Terror.

Perfect amp for what I needed. Sounds awesome

Upgrading from the tiny terror so already love the Orange sound but this dual terror with its extra 15watts just sounds superb. The fat channel is a bonus! 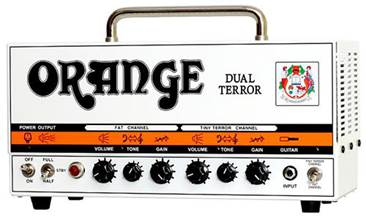 We'll get in touch when the Orange DT30 Dual Terror Head is available.