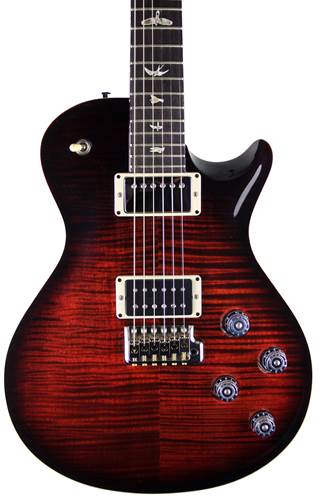 Mark Tremonti of Alter Bridge is one of PRS’s most enduring endorsees. A PRS player since the late nineties, Tremonti went for a modified Singlecut for his Signature model, bringing in a few changes to better suit his hard-rocking style.

For one thing, he required a thinner neck to more ably play his intricate leads: this newest iteration of his guitar therefore has a Pattern Thin neck. A Gen III tremolo unit is also on here, with additional body routing to enable dramatic up-bends with the trem. Phase III locking tuners keep things from going astray even under wild whammy abuse!

The pickups are specifically wound for Tremonti to facilitate his enormous, high gain sound. The neck model has a metal cover but the bridge model has exposed coils for an increased top end response.

Otherwise, the Tremonti model closely resembles a Singlecut with its carved, figured maple top (finished in Fire Red) on a mahogany body. The mahogany neck has a 25” scale and 22 frets on a Bird-inlayed rosewood fingerboard.

Whether you are a fan of Tremonti or not, his signature PRS is a force to be reckoned with. 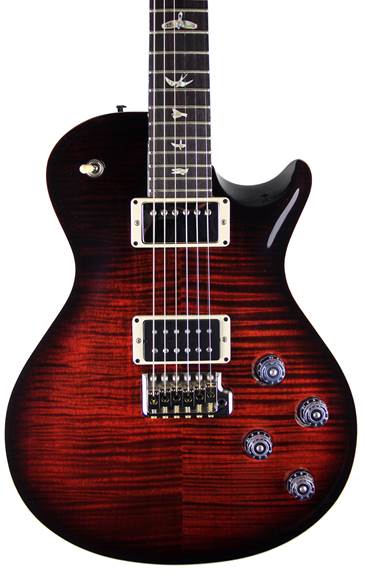