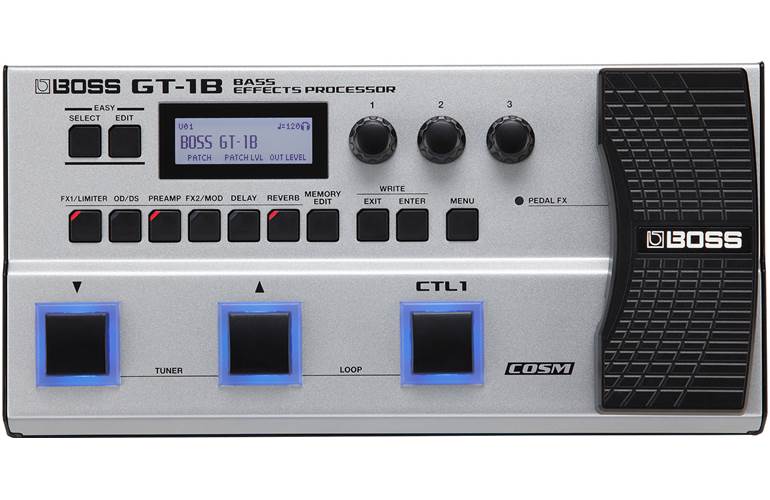 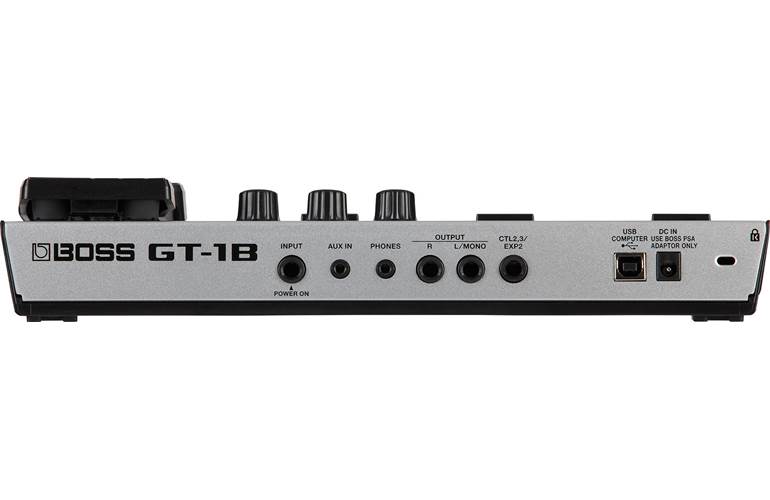 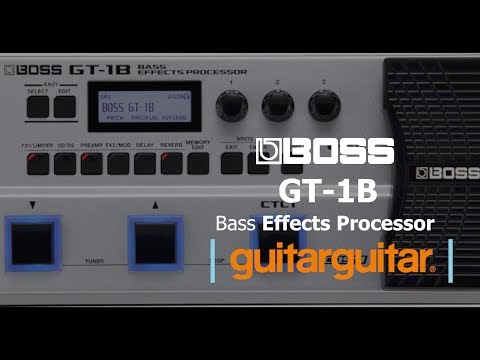 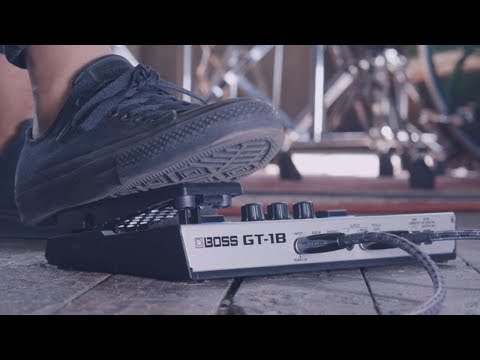 Bassists looking for a pandora’s box of new sounds will find this compact multi-FX from BOSS hard to resist!

With an overall chassis size that will fit in the front pocket of most gig bags, the BOSS GT-1B nevertheless coaxes out some impressively large sounds. This unit uses the same premium processing technology as the company’s bigger units, and also opts to build this from rugged metal, marking this out as something quite special, especially for the money!

Three foot switches allow you to scroll patches and access the tuner & looper functions, while a small treadle pedal at the right hand side brings you real-time control over wah, pitch and other effects.

If we said that the quality of sounds on board was typical of BOSS, we would mean that as quite the compliment! All of the effects you’d expect to see are here, with lots of scope for editing and saving patches. The unit itself is simple to navigate, meaning the bassists who normally ‘go direct’ to their amp with be able to get on with the GT-1B without the crippling fear of new technology overwhelming them! Suffice to say there is depth if you want it and simply great sounds if you don’t!

Another surprising bonus is the ability for the GT-2B to run on batteries. This is great news for buskers but also good to remember if you are ever caught in a pinch at a gig and have problems with your power supply. We’ve all been there! Remember to pack a set of batteries and the show will always go on!

There has never been so much available for such little cost. Indulge yourself and try the BOSS GT-1B: you’ll be glad you did.

All round great bass effects Unit

All round great bass effects Unit

It's a great product, but with a poor instruction manual. Thank heavens for YouTube videos explaining how to do thins

We'll get in touch when the BOSS GT-1B is available.