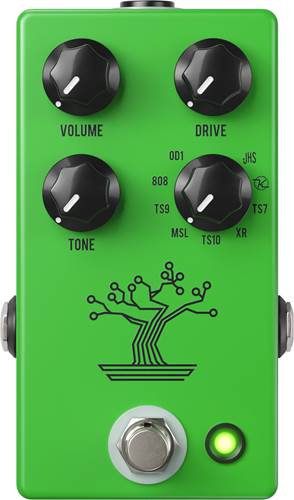 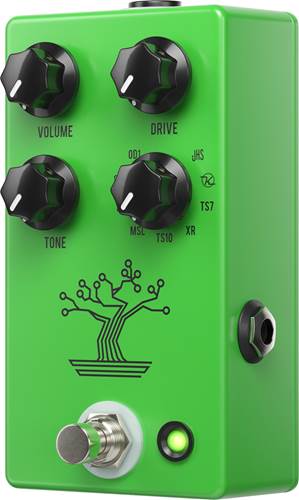 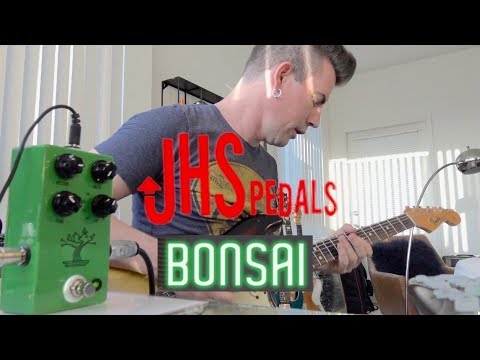 Bonsai is ideal for the guitarist who loves that signature Tube Screamer tone but needs more options than a single pedal has to offer. The Bonsai emulates 9 variations on the classic TS each with their own signature sound, so you can tailor the pedal to suit your tone from song to song or for different projects.

Over the decades the Tube Screamer has been made in several variations and many third party modification circuits have been available to buy. Bonsai accurately emulates 5 classic TS variations and 2 modded Tube Screamers. The pedal also gives you the signature sound of the classic Boss OD-1 and the EXAR OD-1, which is a rare Polish pedal from the 80s that was similar to a Tube Screamer but with a more saturated tone.

Staying true to the original tubescreamer signal path, the Bonsai features an all analog operation. From your guitar to the pedal and into the amp, your signal will remain fully analog, the way it sounds best!

THE 9 MODES OF THE BONSAI

OD-1 - 1977
An overall brighter and slightly higher gain mode that does not utilize the Tone knob. This mode also inverts signal just like the original and has asymmetrical clipping. The OD-1 is magical at boosting other drives or amps into singing saturation.

MSL, POWER OR L SERIES - 1985
Though metal is in the name, this sound doesn’t quite inspire the modern metal djent we think of. Still it has a higher gain sound with a more low end and an overall more gooey feel.

EXAR OD-1 1989
The EXAR is a Polish made TS-style pedal that has a slightly different drive character with a little more gain than the classic screamers as well as a slightly more transparent feel.

TS-7 (+MODE) - 1999
The hot mode on this version gives you the highest gain sound in the Bonsai. More low end and dirt fill out the tone to have you shredding away.

KEELEY MOD PLUS - 2002
Robert Keeley’s classic mod tightens up the tone on the original giving you smoother mid range and high frequencies, and increased bass response.

JHS STRONG MOD - 2008
Our own mod we’ve been doing since 2008 is much cleaner and overall more powerful. The mode has more pronounced higher and low end drop offs.

With the JHS Pedals’ Bonsai you can get the classic sounds of nine Tubescreamers in one pedal. Let the Bonsai help you find your overdrive zen.

Really clever pedal, and great value considering what it can do

I really love this pedal. It is 9 analog circuits in one pedal with a digital switch to each circuit... the circuits are identical in make to the originals... this a great value for money pedal. Well made and designed for heavy use on a tour though mine will be used in the studio only...

We'll get in touch when the JHS Pedals The Bonsai 9 way Screamer Overdrive is available.