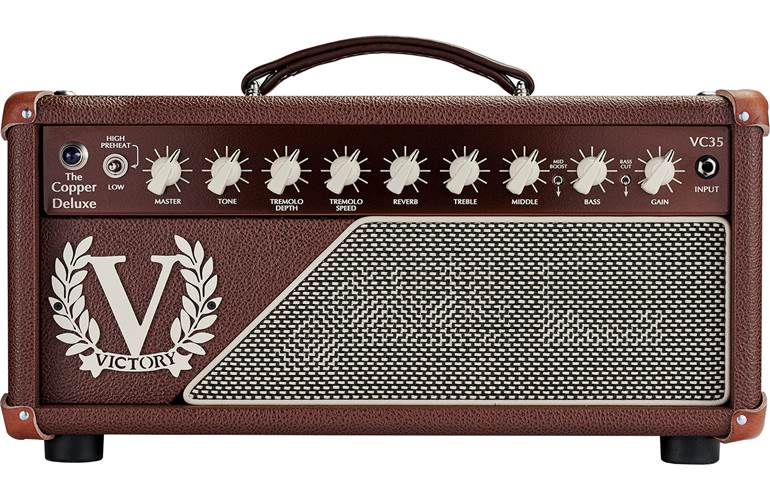 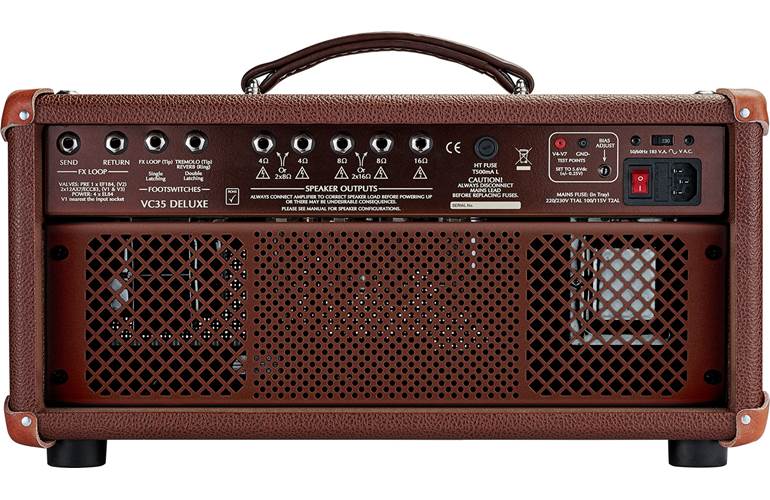 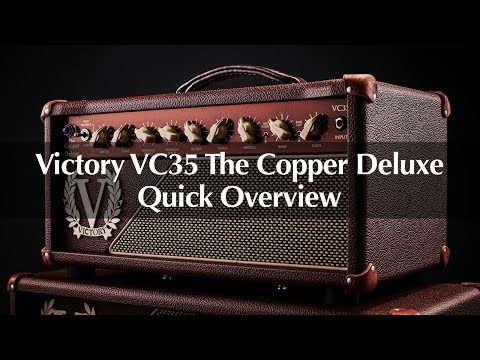 The much-loved VC35 The Copper, evolved with valve-driven spring reverb and tremolo. Victory Amps introduced the Compact Series VC35 The Copper in 2019 to critical acclaim. It was the first time Victory had entered four-EL84 territory for evocative, British-inspired, chiming pop and rock tones. The Heritage Series Deluxe version just had to follow…

Dial in chiming cleans through to heavy-gain rock sounds all from one knob. It’s very interactive with the tone controls, then balance to taste with the master volume.

A rotary pot and bass cut switch give you control to dial in anything from skinny British ’60s jangle to full and fat, modern boutique tones.

The mid boost switch along with the mid rotary control helps deliver rich, vocal lead tones. Try it with the bass cut and plenty of gain for classic rock soloing bliss.

Considered to be a sonic step up from digital reverb for many. Dreamy ’verb here we come! Footswitchable on and off.

Achieve wonderfully evoctive pulses from slow and throbbing to fast and staccato rhythms. Footswitchable on and off. 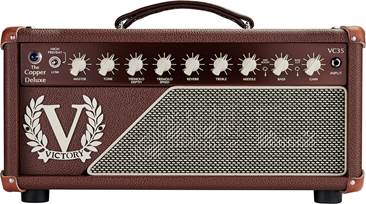 We'll get in touch when the Victory Amps VC35 The Copper Deluxe Head is available.