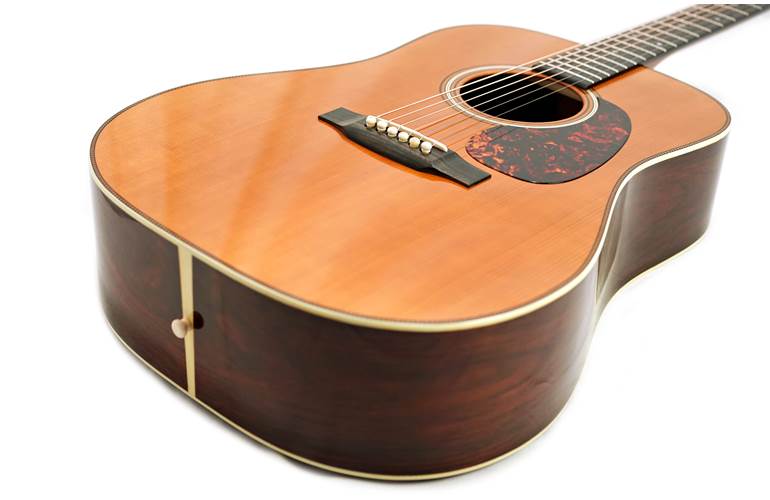 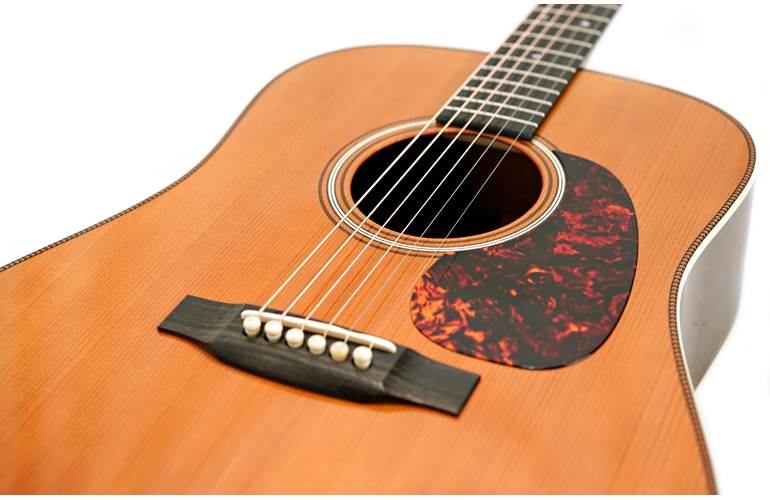 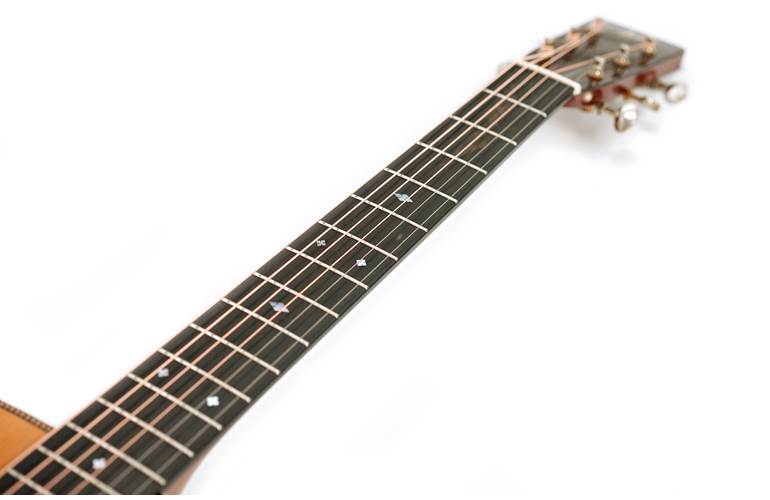 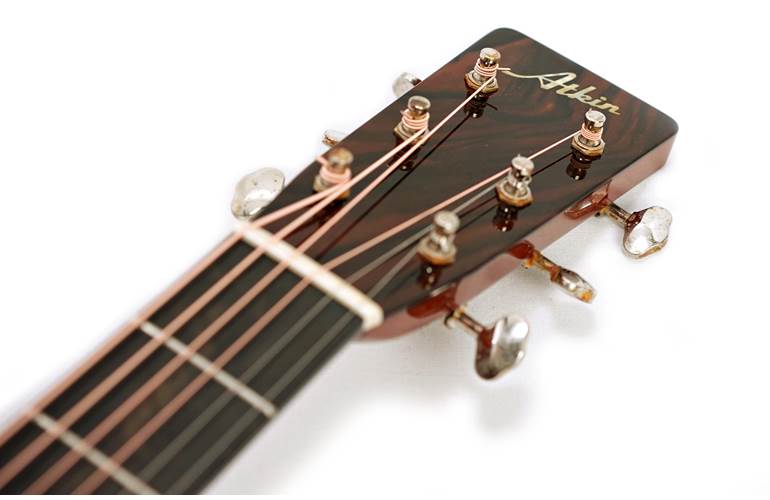 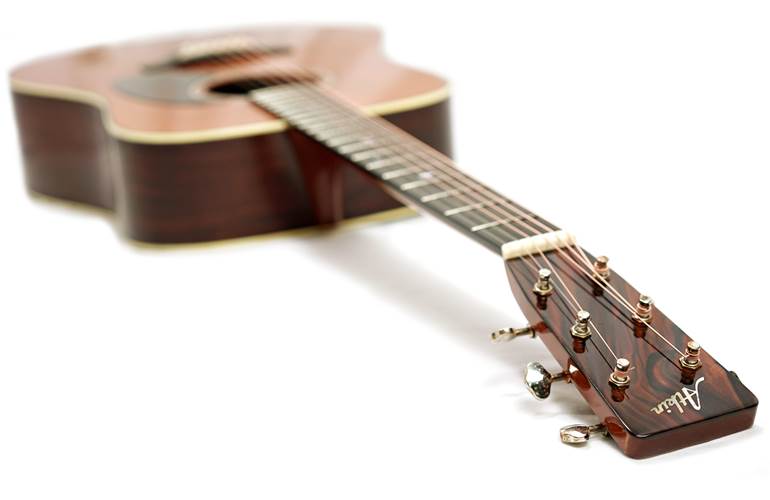 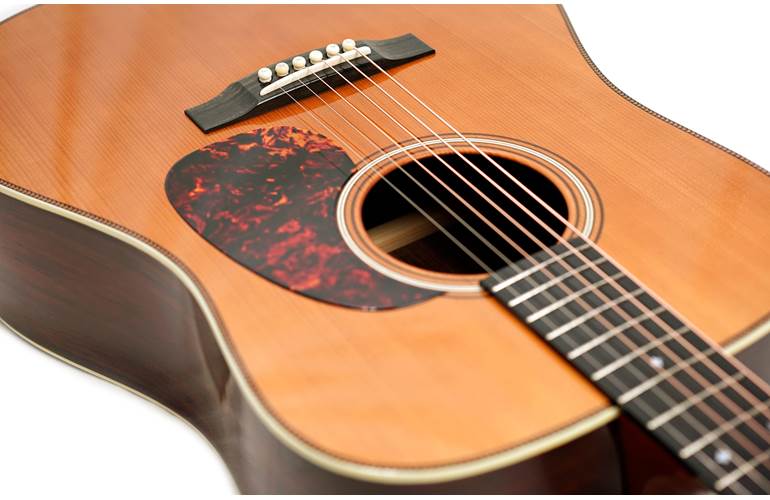 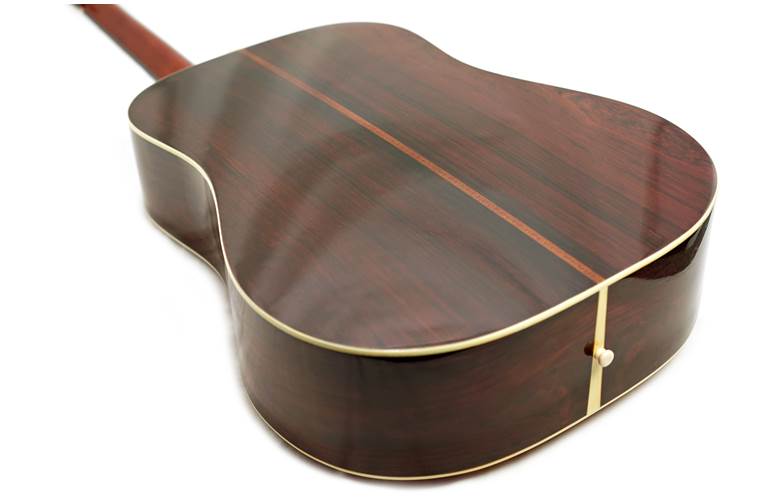 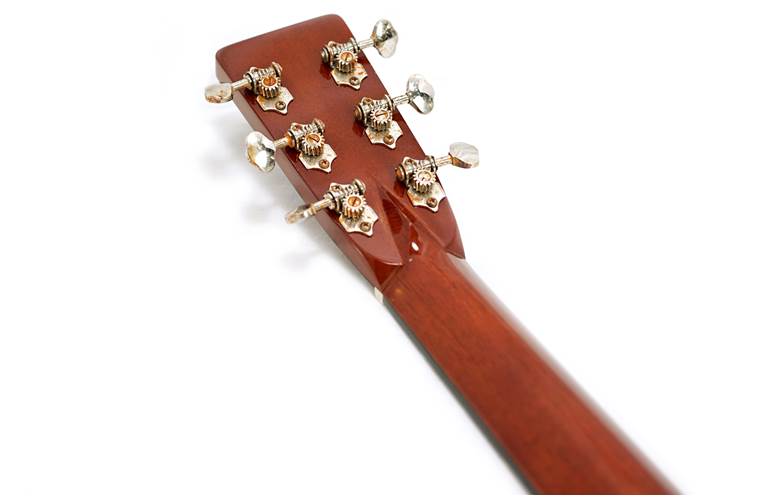 Image Gallery - Up close and personal with the #1539

This Atkin D37 Pre War Aged Finish has been created as part of Atkin's 25th Anniversary celebrations. Handmade in Canterbury as the ultimate tribute to Pre-War era guitars, this D37 features many authentic appointments. These include a V-shaped neck, a baked AAA Adirondack top, scalloped bracing, mother of pearl inlays and a super thin nitro finish.

Representing how far Atkin has progressed in 25 years of development, technique and craftsmanship, this D37 is one of the finest pre-war era style guitars we've seen. As part of Atkin's celebration, the guitar also comes with a beautiful poster designed by acclaimed artist Vic Lee, which has been signed by Alister Atkin himself.

The combination of the baked AAA Adirondack top and the Madagascan Rosewood back and sides achieve the signature warm tone vintage guitars are loved for. With a rich low-end, detailed mid-range and just the right amount of high-end shimmer, you're going to love this guitar's character.

A phenomenal amount of thought and skill has been used to create the guitar's vintage aesthetic. Not just in appearance, with the tastefully aged nitrocellulose finish, mother of pearl inlays and headstock logo and aged hardware, but even the design of the guitar including the V-shaped neck are utilised to offer the authentic feel of a pre-war era guitar.

To commemorate their 25th anniversary, Atkin has commissioned award-winning artist Vic Lee to design their anniversary poster. Lee, much like Atkin, draws a huge amount of influence from the early 20th century. The beautiful vintage style poster has also been signed by Atkin's founder Alistair Atkin, making this unique D37 even more of a collectable.