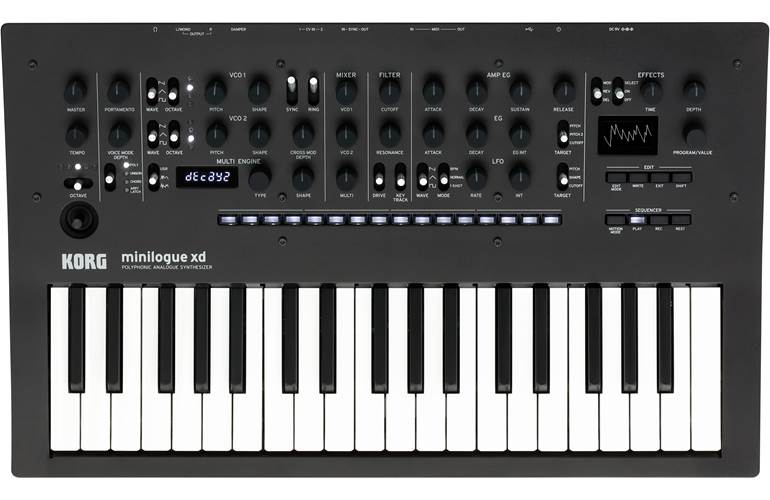 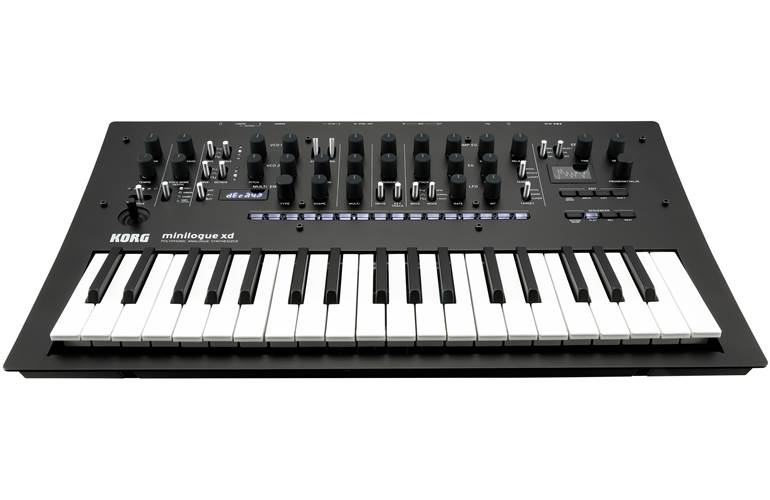 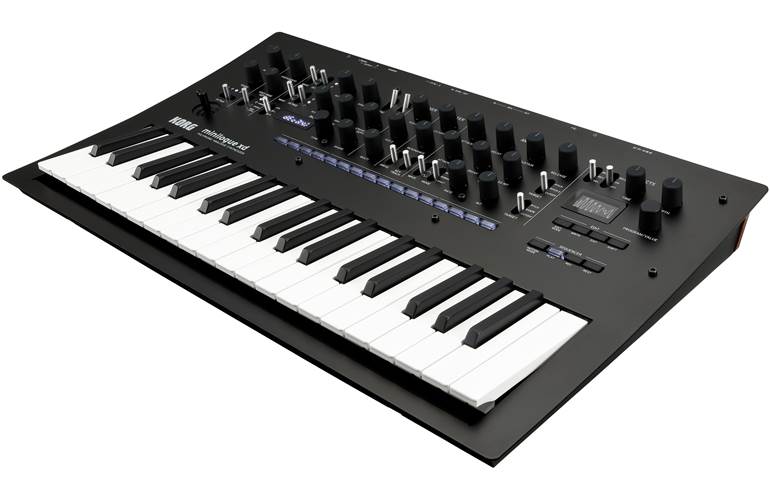 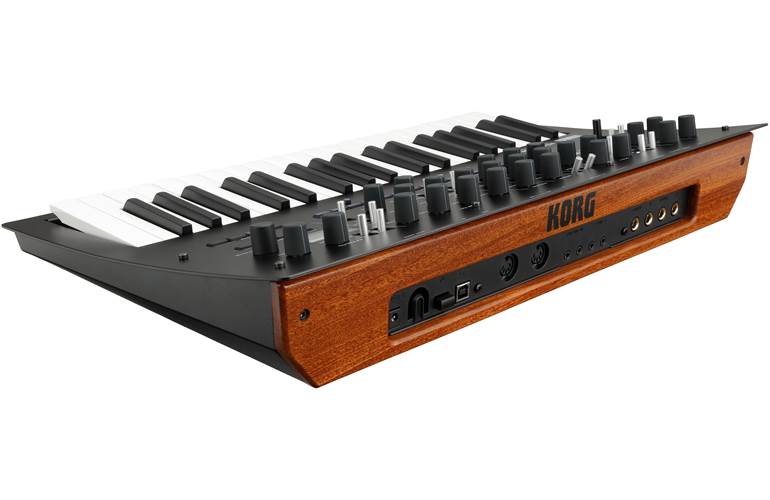 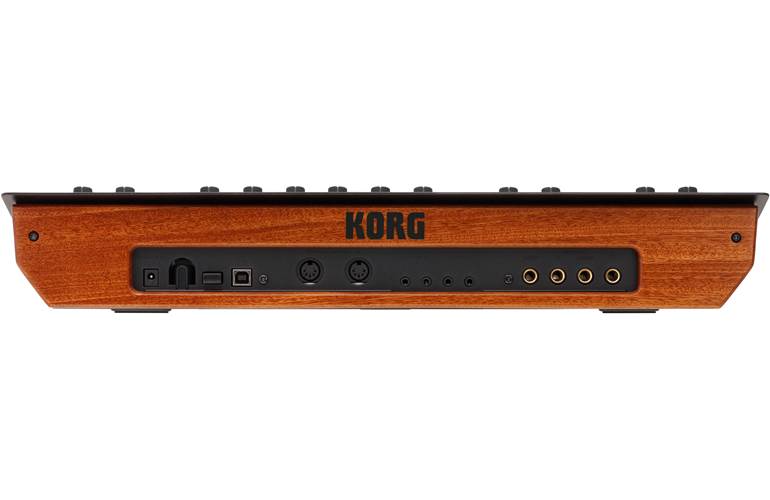 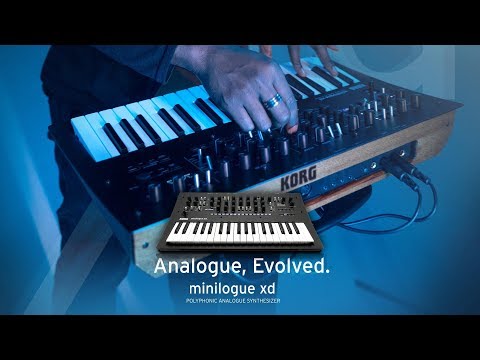 The Minilogue XD is a staff favourite here at guitarguitar. It is a fantastic four-voice analogue synthesizer that is packed with great features. You’ll find two rich analogue VCOs, a digital multi-engine oscillator, a great step sequencer, studio grade effects and more on board. There is so much that we love about the Minilogue XD, and we’ll cover our favourite bits here.

The Minilogue XD features a great sounding analogue synthesis circuit. You have two analogue VCOs, a smooth filter and a flexible amp and LFO section. It also has four-voice polyphony, and a handy switch which lets you change the voice mode between polyphonic, unison, chord and arpeggiator modes. We highly recommend unison mode for massive bass sounds, and polyphonic for lush pads!

One of our favourite features on the Minilogue XD is the digital Multi-Engine Oscillator. This adds a whole new layer of flexibility to the synth. It can perform virtual analogue duties, which is like having a third analogue oscillator essentially. But it gets a lot more interesting than that. It can do things only a digital engine can do, such as wavetable synthesis. What’s more, you can load third-party sounds to this engine via logue SDK. We’ve heard pianos and other acoustic instruments loaded into this thing!

While we’d love to talk about all the great effects on the Minilogue XD, the step sequencer MUST be mentioned. It features 16 easy to program step buttons on the front panel, which is an upgrade from 8 on the original Minilogue. What is really interesting to us, is the Motion Mode feature. You can use this to automate values per step, with up to 4 lanes of different automation. This includes parameters such as the filter cutoff, VCO pitch, delay time, LFO rate and most other controls. Easily one of our favourite features.

Analog synthesizer circuit that shatters expectations for its class

Voice structureof minilogue xdis 2VCO + MULTI ENGINE,1VCF, 2EG, 1VCA, and 1LFO. In addition to the distinctive circuits found in the series, such as wave shaping to shape the overtones of the oscillator and a sync/ring switch, there's also cross modulation, a sharp two-pole filter, and a drive switch that adds thickness and drives signal into minilogue xd’s filter. Every parameter has been tuned in detail based on what musicians want out of their synth. The sounds range from the warm pads typical of analog to fat basses and crisp lead sounds, covering every situation.

Of course, programs that you create can also be saved in the unit. Out of the box, minilogue xd comes loaded with200 presets, and a total of 500 programs can be saved.

Equipped with a digital multi-engine

The additional sound design possibilitiesof digital sound are delivered by the multi-engine that's provided as a third oscillator in addition to the two analog VCOs. This engine, which is equipped with three different types of sound generator (noise, VPM, and user slot) lets you take advantage of a sonic character that's different than analog, and use it at the same time as the analog engine, infinitely expanding the potential of hybrid sound design.

Controls pitch bend and modulation depth, etc. A desired parameter can also be assigned to the up/down axis.

The minilogue xdis equipped with the micro tuning function featured on the monologue, allowing you to individually adjust the pitch of each key. Built in are 23 preset tunings that include some created by Aphex TwinandDorian Concept, and userscan also create and storesix user scales and six user octaves. Start by trying out the preset tunings of famous musicians, and then advance to creating your own original tunings.

Fantastic synth. I am a guitar player really, but would like to use this synth to fill out the sound and add some sonic detail to tracks. From what I have discovered so far, the Korg is going to be fantastic !

A great synth for all round use in a setup. It?s very hands on and encourages exploration.

We'll get in touch when the Korg Minilogue XD is available.