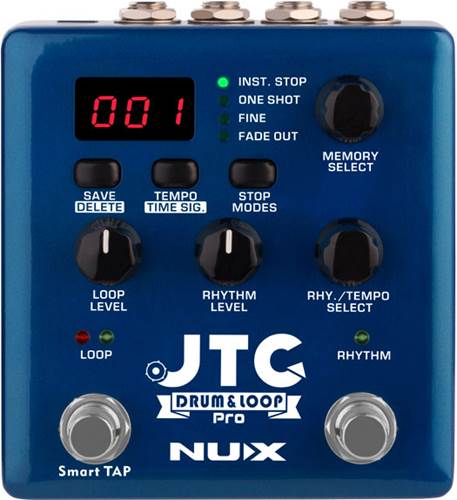 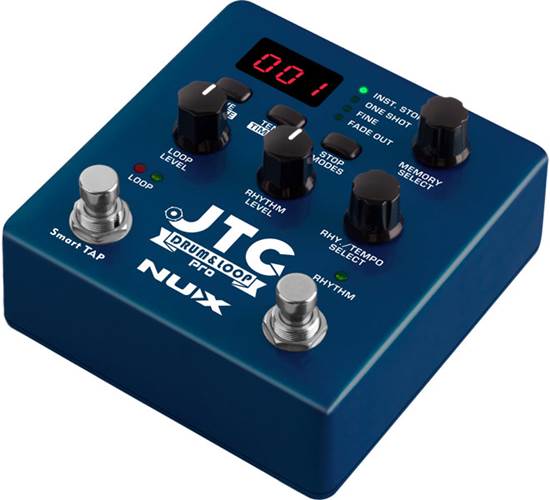 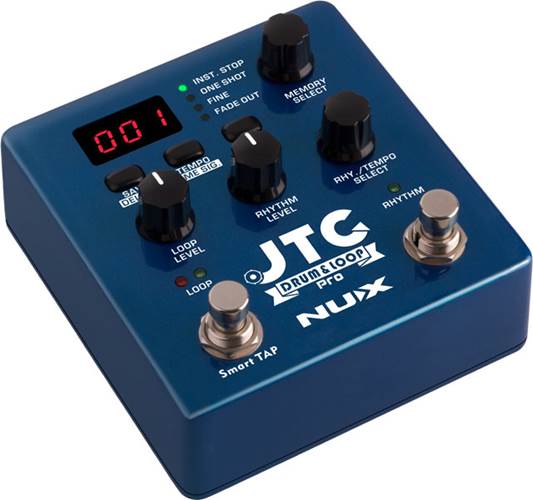 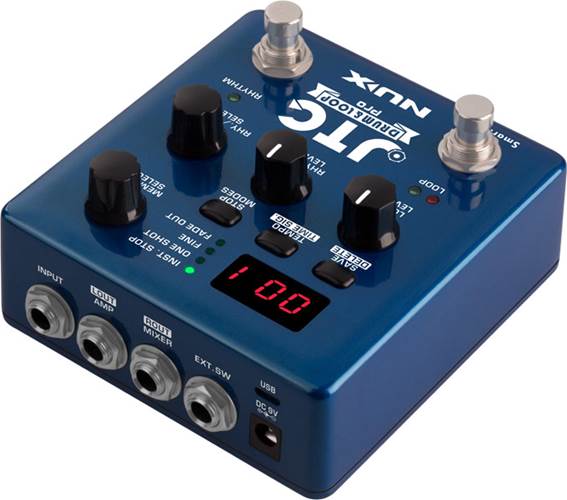 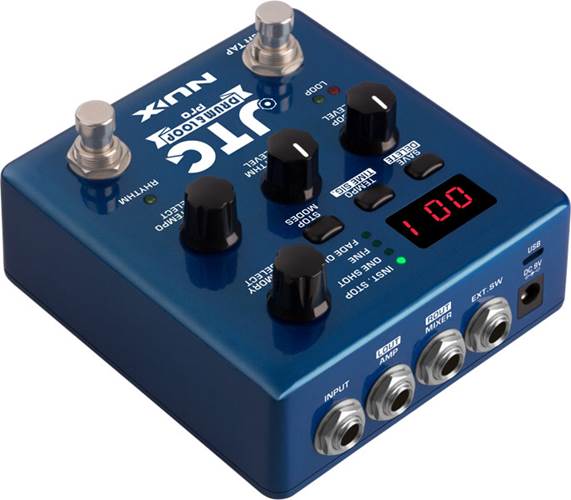 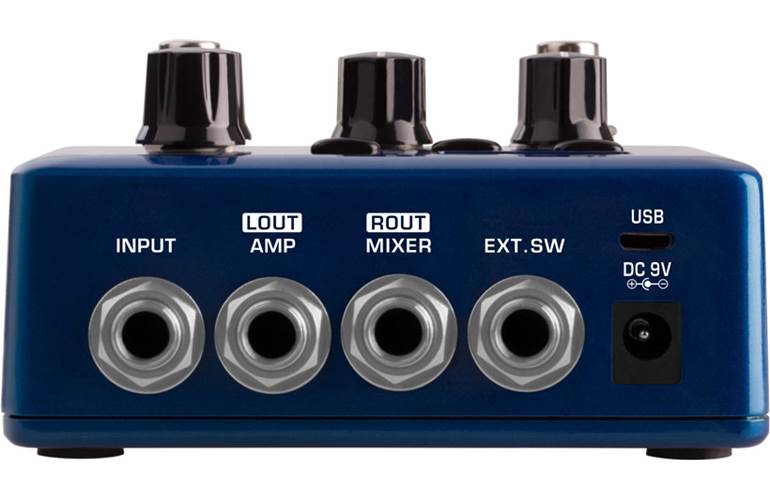 JTC Pro is an advanced pedal with simplified controls. It's a dual switch stomp box with 6 hours of recording capability and 256 loop track memories.

It has independent controls for the looper and the drum: left footswitch (LOOP) controls recording, overdub, and start/stop of the looper. This switch also features NUX patented Smart TAP function, which automatically detects whether you want to control the looper or to set the tempo of the drum.

There are 2 different loop recording actions on JTC Pro; Record and Play (RP), and Record and Overdub (RD).

Right footswitch (RHYTHM) controls the drum and it adds drum fills during the performance. While the drum track is playing, hit the RHYTHM switch to add a drum fill and it will play until the end of the current bar. The longest drum fill is one measure (depending on 4/4 or 3/4 rhythms). If you hit the switch right on the 3rd beat, this drum fill will be 2 beats only. There are 40 drum patterns and fills including Pop, Rock, Blues, Metal and more other styles with 3/4 and 4/4 beats.

It has very useful Start and Stop modes for making your jam sounds like an arranged song during the performance. There are 2 Start Modes and 3 Stop Modes.

JTC Pro has 2 outputs and there are several output modes: a stereo connection for two amplifiers, or you can activate the speaker cabinet simulation for Right Output to send your guitar signal directly to a PA system or PA speaker.

You can load your favorite songs and backing tracks into JTC Pro to play along. Supported file type: 24-bit / 44.1kHz Stereo WAVE (.wav). If JTC Pro can not play the song you added, you can simply use the NUX Audio Format Converter software which you'll find on the support section to covert the file. (Windows and macOS compatible)

We'll get in touch when the NUX JTC Drum and Loop PRO Dual Looper Pedal is available.