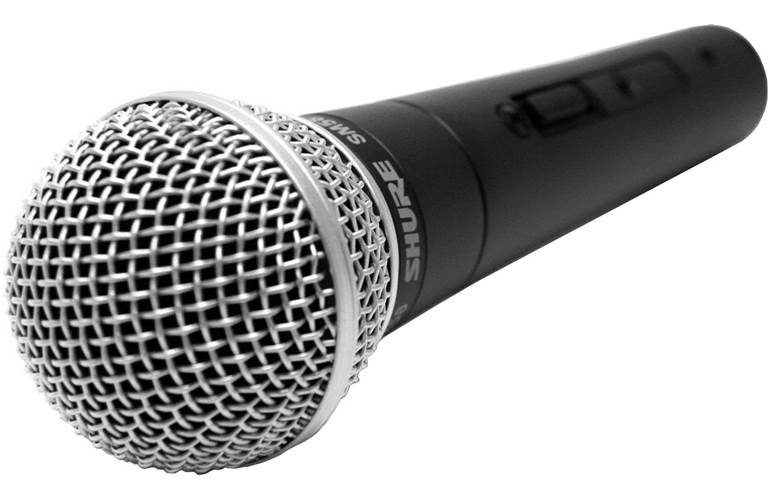 The Shure SM58SE is the switched version of the world's most popular microphone. Its tried and tested design features a dynamic capsule in a virtually indestructible chassis, which combined with its great sound and ability to withstand high sound pressure levels has made it the go-to microphone for singers, producers, venues and studios the world over. Plus, with the addition of the on/off switch makes it suitable for compares, hosts as well as performers handling their own live sound.

The SM58's dynamic capsule is a key part of its long-standing legacy. In essence, the SM58 offers great directionality, so it's not prone to picking up spillage from other instruments, and is able to accept high sound pressure levels. Meaning that even if you're singing loudly into the microphone, the 58's renowned proximity effect warms up your tone rather than distorting like some other vocal microphones will.

Finally, its dynamic design means that it doesn't require Phantom Power to operate. So it can be used with most amplifiers that feature a microphone input, making it the microphone of choice of buskers and musicians on the move.

The SM58 features a dynamic capsule suspended by a pneumatic suspension system which means that even when held in your hand, the SM58 isn't prone to rumbling and you won't experience noise travelling through the cable and into the capsule.

The '58 is one of those mics where there's no wrong way to use it. If you need to mic up an acoustic instrument like a harp, saxophone or even a snare drum, you're almost guaranteed to get a great sound with an SM58. Plus its directional pickup also makes it a great option for recording at home and in spaces that suffer from poor acoustics. It's also commonly used for lectures, presentations and even stand up comedy. Take a look to see if you can spot the SM58 next time you're watching someone on stage, there's a high chance that they're using one.

Can't review the product as it was a gift however they were over the moon to receive it and have heard no complaints so all must be good!

the SM58 is a great microphone. perfect for general PA work.

We'll get in touch when the Shure SM58SE Switched is available.