Straight out of Chicago and designed for some serious Rock heroics come Daredevil pedals. Lean, mean and set to stun, Daredevil pedals are leaving their mark on players who love to stomp on a quality gain box and hear the flames roar.

These are some seriously great, gnarly pedals. Ferocious fuzzes rub shoulders with gritty overdrives and classic distortions, to give every guitarist a timeless yet edgy palette of tones that bring unbridled Rock ‘n’ Roll. Daredevil offer boosts, delays and cool fixed wahs for those ‘skronk’ sounds beloved of Mick Ronson and other classic-age rock stars. 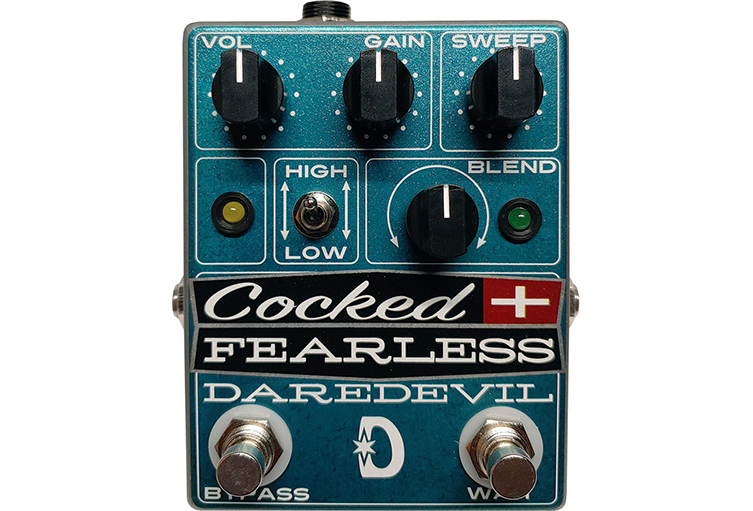 Daredevil Pedals are hand made by touring musicians for touring musicians. Johnny Wator, the man behind Daredevil Pedals, is also the frontman and guitarist of The Evictions, a loud and energetic rock band from Chicago. As we’ll hear, Johnny initially got into the pedal game in order to build for himself the kind of pedals he wasn’t finding elsewhere. He learned his trade (and trained his ears) from endless touring, playing loud in small, sweaty venues. Daredevil pedals are, therefore, thoroughly road-tested and approved in the context of a live band setting before the designs go into production. 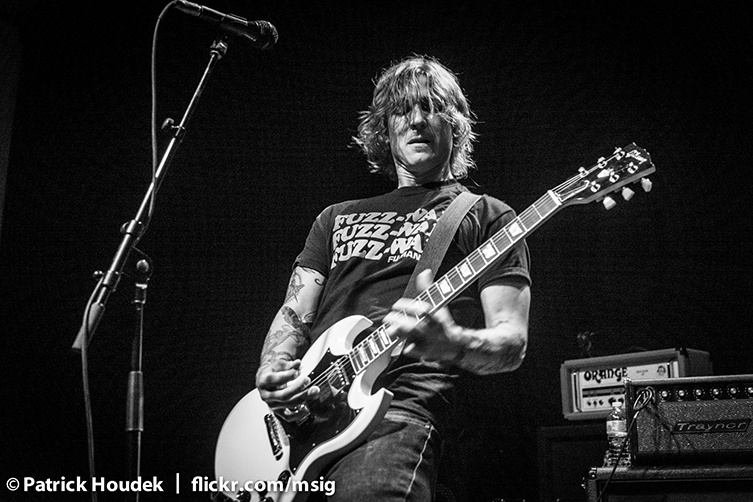 You don’t get more hands-on than that.

In ten years, Daredevil have gone from a personal tone quest to a real contender, attracting big names like ex-Bowie guitarist Earl Slick to the brand. It’s an ascending trajectory for sure, and that’s great news. The demand for proper, undiluted rock gain shows no sign of abating. In these days of bland mainstream music, we need blasts of rock power more than ever!

We’ve recently started stocking Daredevil pedals, something we’re really excited about. To celebrate, we thought it would be a good idea to get the inside scoop on the brand from the man himself. Johnny’s a busy man, but we managed to rattle off a short series of questions via email, and found him to be very helpful and obliging with his responses...

GG: You started making pedals out of necessity, because you couldn’t find the sound you wanted in existing pedals, right? Sonically, what was missing for you in these other pedals?

JW: Correct.  Well, one sound in particular.... or function, I should say.  I was tired of playing shows and trying to hit a boost, engage a wah, find the sweet spot, solo, then turn em both off within a matter of seconds.  So I began hacking my way into experimenting with what eventually became the Atomic Cock wah pedal.  At the time the boutique pedal market didn't really exist at the scale it does now. There were still a relatively small number of indie brands, so finding any unique effect or something to fill a void took a bit more work. The push to become a pedal brand and have other effects was completely separate, initially I just wanted something for myself to use on my board. Back then I was still headstrong into making a living on the road, not even thinking of starting a new career. 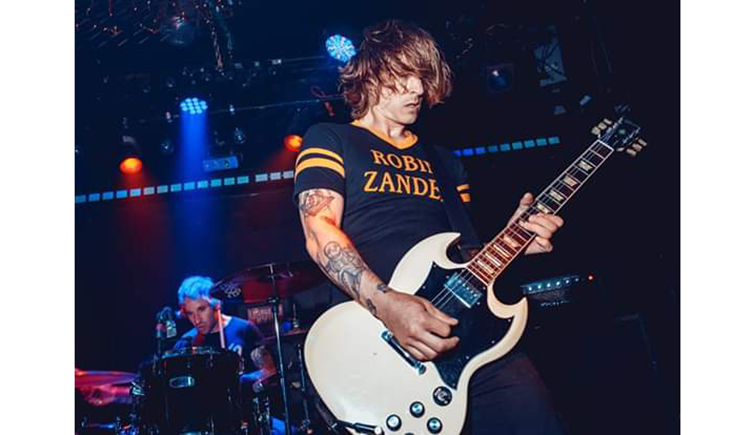 GG: And how long did it take you before you nailed the sound you wanted?

JW: I had a pretty hefty learning curve since i started out not even being able to solder....lol.  I would guess within a couple months i had built the first frankenstein version out of an old vox that i smashed during a show. So at least i had a working model, the fine tuning and enclosure, circuit board design, etc.. all happened gradually after i started entertaining the idea of having my own line of effects.

"I wanted to be proud of what I design and build, and that's not something that I can do by copying other people.  It's like pretending to be a rockstar because you play in a Led Zeppelin cover band."

GG: When you started out, was it difficult to establish yourself in such a busy market?

JW: The market was not anywhere near what it is today. It was tough starting out, but prices were still (mostly) reasonable and there was a lot of room to create unique designs.  I never set out to be a big successful company or anything at first, I just needed to pay my rent. The first check i received for an order, I couldn't even cash because Daredevil wasn't an actual business yet! haha...  I had no idea. So i rushed downtown to submit paperwork to make it legit and headed off to the bank. I was a touring musician with hardly any money, so selling a dozen pedals in a day was like winning the lottery back then.  I would have been a fool not to see where i could take this business. 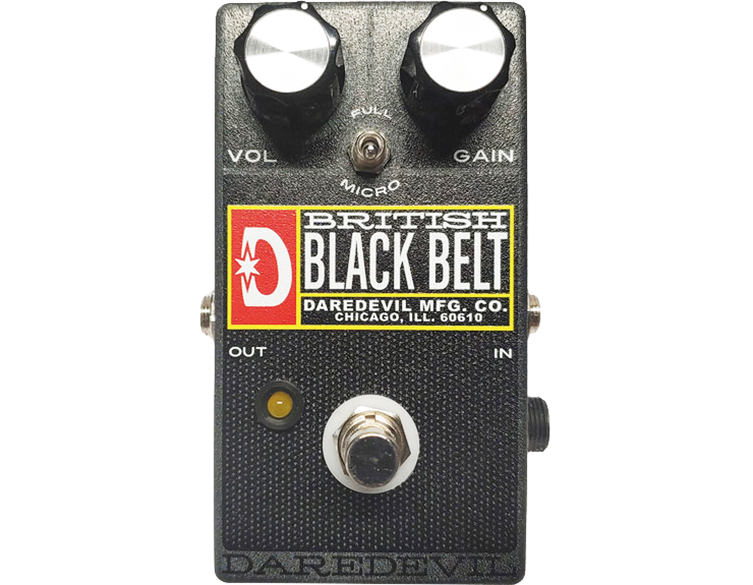 GG: One thing I love about Daredevil Pedals is that the brand isn’t about cloning endless Tubescreamers, Klons and Muffs. From the get-go, was it important to not go down that well-worn path? Did it seem risky? (So many pedal makers stick to the ‘classics’)

JW: I started like most builders do, messing with the schematics you find online for the mainstream classics, then modding em, etc. But I never wanted to be a clone brand, it was just a means to figure out how all this stuff worked together. I didn't have any electrical  background, so it was a frustrating process of the first year or so getting a handle on what does what and creating my own designs. Every time I came up with an original circuit, I'd discontinue one of the early modded versions of something. I wanted to be proud of what I design and build, and that's not something that I can do by copying other people.  It's like pretending to be a rockstar because you play in a Led Zeppelin cover band.... just not my thing. I dig people that do great versions of classic effects, and I own several that are top shelf quality. You don't want to tour and abused $1000 triangle muff that could die at any moment, so you get a bullet proof version from a skilled builder.  And I looooove the point to point old school wiring... it's an artform, and that's how I began building initially too. So I definitely drool over some of those vintage builds.  I was inspired to build pedals by David Main at D.A.M. and his effects, the Macari's stuff over by you guys in London. Just cool, rock n roll amazing pedals.

GG: Do you think things like vintage germanium capacitors and NOS components are important? Or is it a bunch of snake oil?

JW: I use old stock parts, germanium components, all that stuff... there is a huge difference in tones, but if the builder doesn't know what he's doing with those things,  it can be a total waste of a selling point.  I've seen and heard tone bender clones with these expensive Ge transistors that sound like total garbage.  That's why I have huge respect for guys like Analog Mike, D.Main, and Creepy Fingers for really taking the time to do it right... that's when the magic happens. 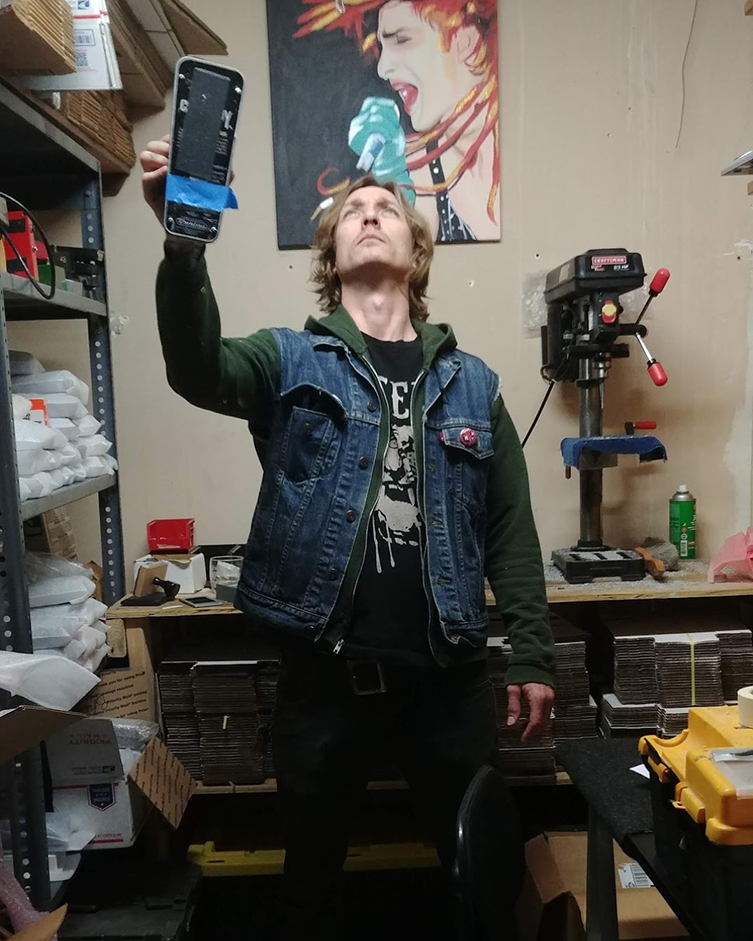 GG: When designing a new circuit, do you tend to have certain guitar & amp combinations in mind? Like, this pedal will work better with small combos, or this one will be best with, say, humbuckers and Mahogany? Does that stuff come into it?

JW: I hope to accomplish a pedal that works great with any sort of guitar/amp setup. That's the real trick i guess.. I play and own classic style heads and guitars.  So obviously the pedals are designed around somewhat of a traditional rock foundation. The best i can do is demo new circuits on everything we have at the spot, and see what needs a proper tweaking. I certainly know what i prefer for getting the best out of certain designs...  but that's just personal preference. Ain't no wrong, ain't no right.

GG: Many of your pedals have lots of gain available. Do you have to put ‘gates’ or something similar into the circuit to stop unwanted noise? If so, is it a difficult thing to get that part just right?

JW: Less is more, we try to design the PCB layouts in the smartest way possible to avoid issues. I really dislike overkill when it comes to tone. Keep it raw. 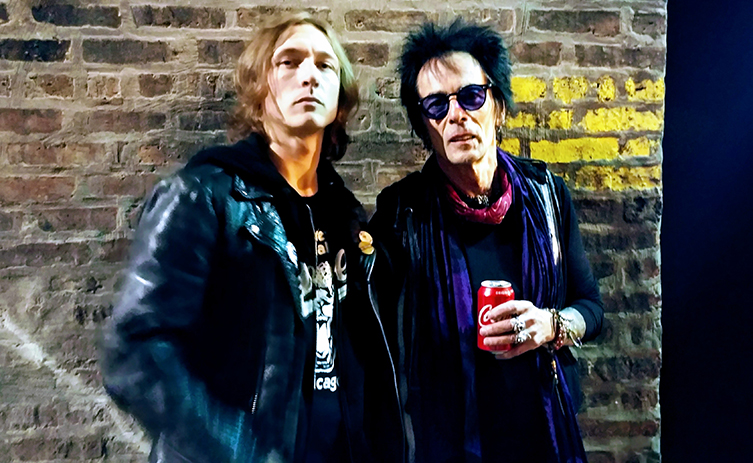 GG: Earl Slick has a wonderful artist signature pedal with Daredevil. How did that relationship come about? And how involved was Slick in terms of the design and sound of the Daisho Fuzz pedal?

JW: Slick is a great dude. I've worked with a bunch of pro guys, he's the most no bullshit real deal guitar player I've ever met. So it was a great fit, I'm the same way.  We have a mutual friend, we hung in chicago when he came through on tour and talked about some ideas.  It was a quick and painless process, he knew what he wanted and i hit the nail on the head with minimal adjustments. I got a message from him saying "you motherfucker!" and I thought...uh-oh, he must hate it.  Turns out that's his way of saying great job! haha.  It turned out great, people love those pedals, and everyone is happy. 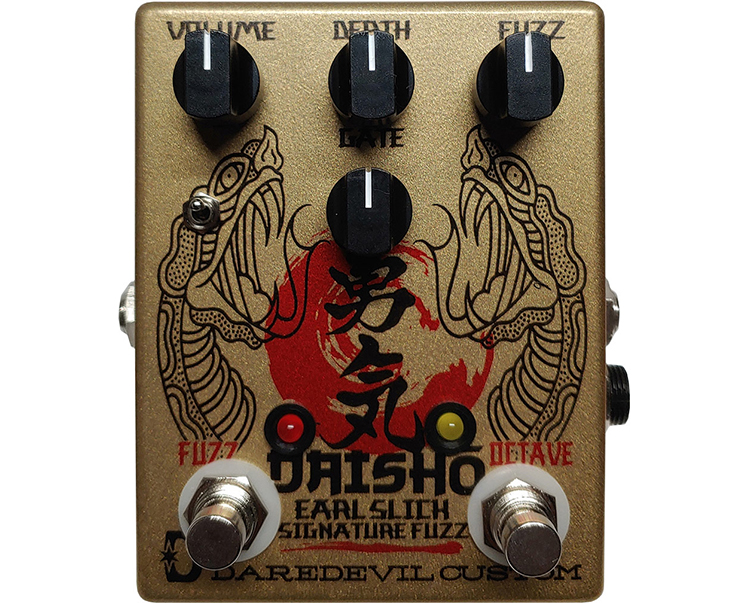 GG: Daredevil pedals have lots of distinct fuzz sounds available. When designing and building them, what do you look for in a great fuzz tone?

JW: I've just been chasing tones in my head for 10 years.  If there's a need for something in my sound for my band.. I kick it around until it manifests into a pedal. If I think other people will dig it, I go the extra mile to release it.  The whole brand is completely natural, what I mean is that i'm not trying to follow a trend or guess what players will like.  I get a cool idea for myself, and if it gets me excited and I think it sounds rippin... usually a bunch of other guitarists do also. 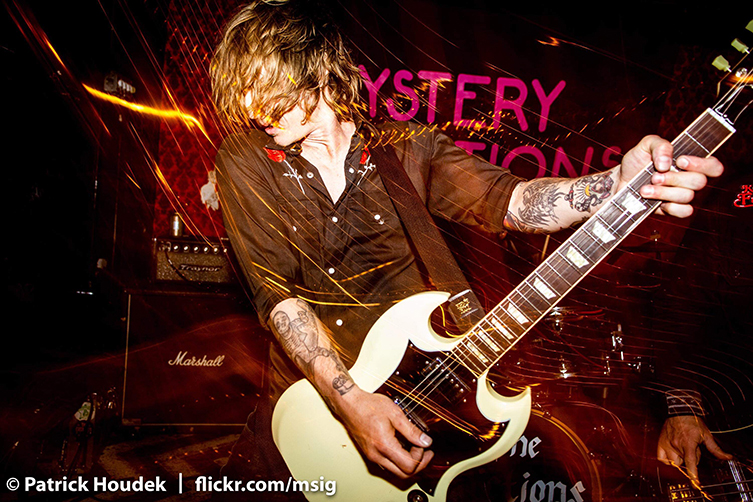 GG: In your opinion, what kind of guitarist is a Daredevil pedals guitarist?

JW: I'm pretty true to what I like in pedals, guitar tones, and rock n roll in general... I think the desire to be a live show playing, loud amp crankin, fuzz blastin high energy road warrior resonates with a lot of people, and that tends to be a certain appeal of Daredevil pedals.  Obviously what I build is much more inclusive than that, and I hope that all musicians can find something that inspires them in the pedal line.. across all genres of music, and so far it has. But in general, there's no time for getting caught up in a hundred knobs and dip switches, or having to elaborately fine tune or digitally program an effect... at least not for me. This knob makes it loud, this knob makes it fuzzier... now go conquer the world with your guitar.

Amen to that. Let the power of rock consume you as you embark of your mission, armed with Daredevil pedals! Keep up with Johhny’s band on their official Evictions website and browse our collection of Daredevil pedals on the site.

We’d like to thank Johnny for his time and great answers. Thanks for reading and be sure to head to our guitarguitar Interviews page for more like this! 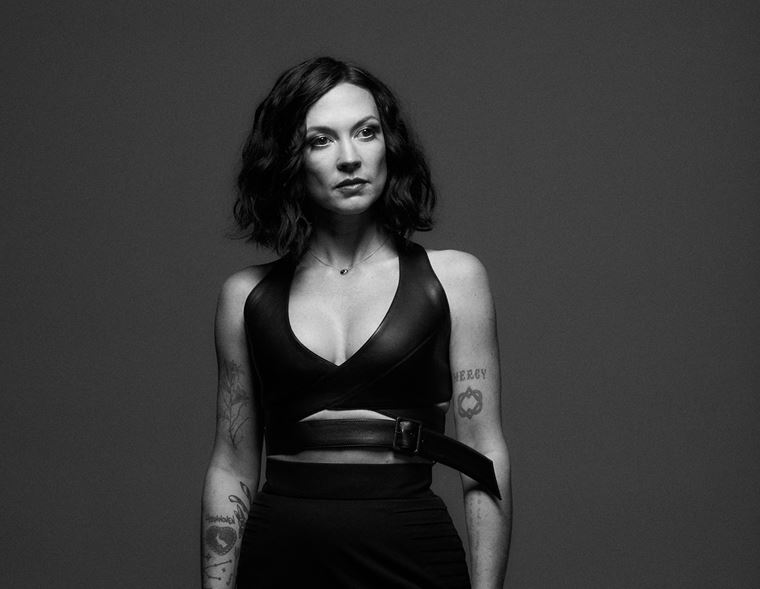 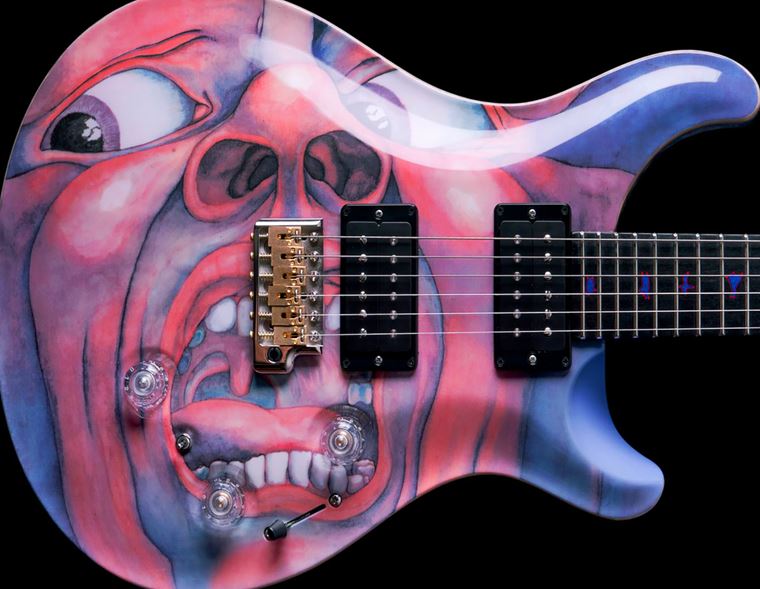 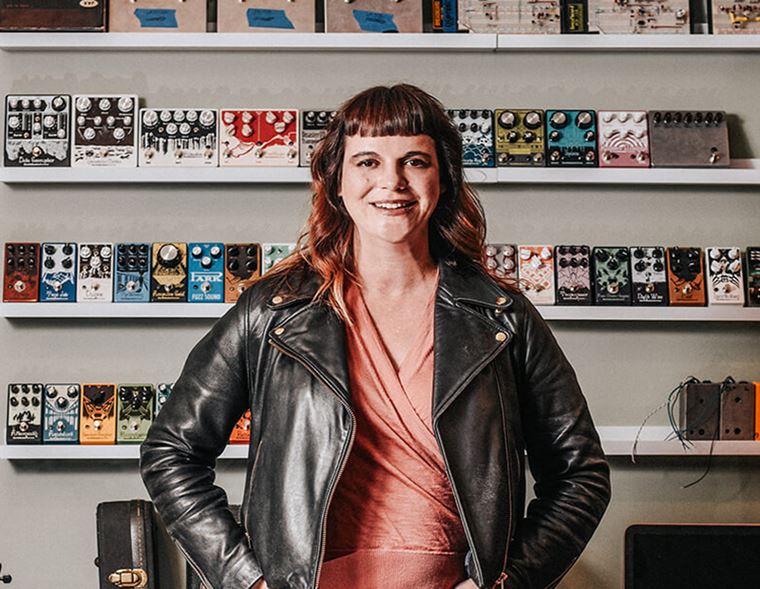 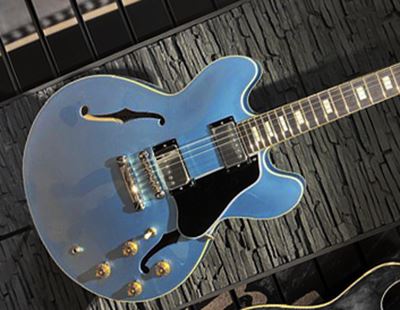 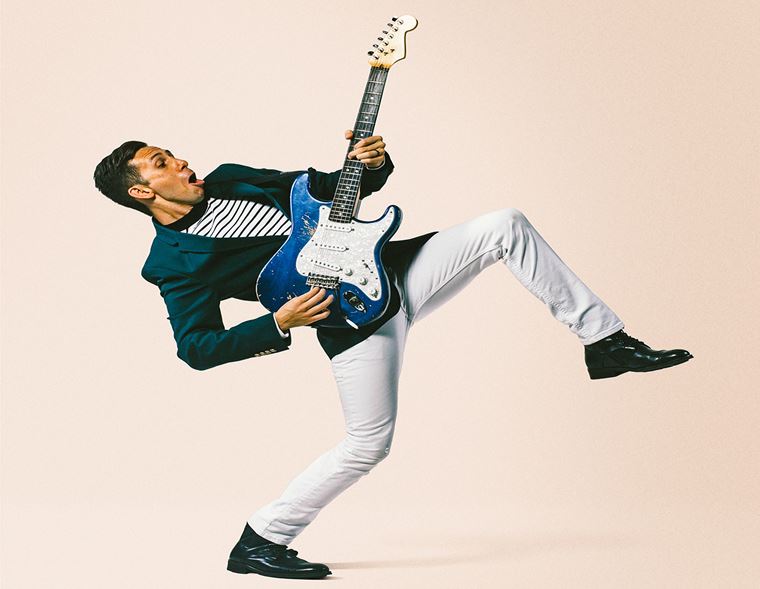 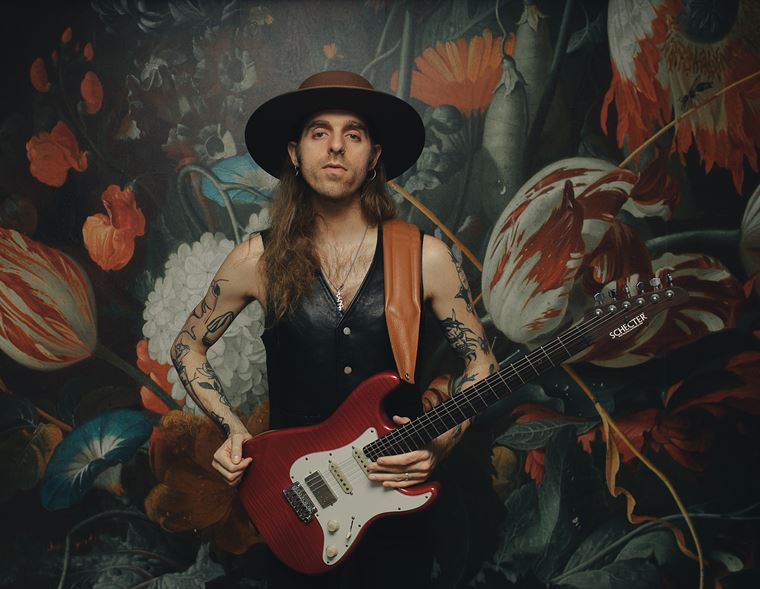 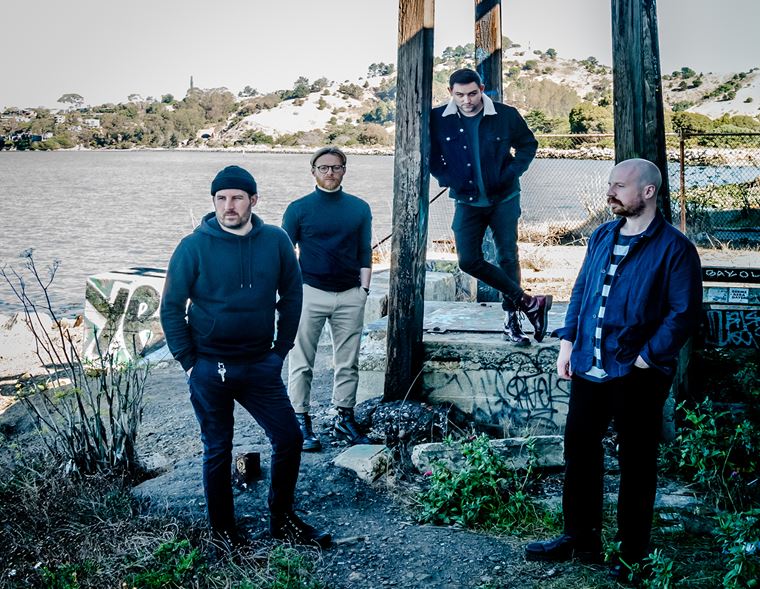 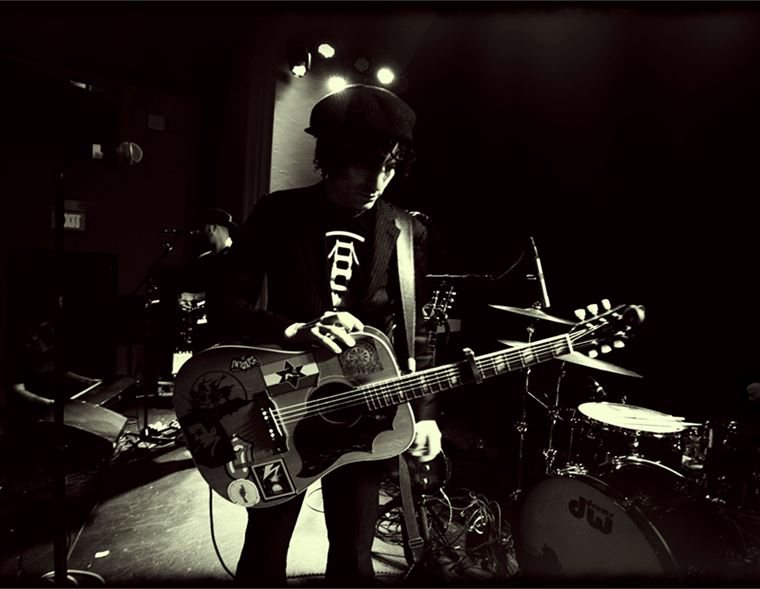