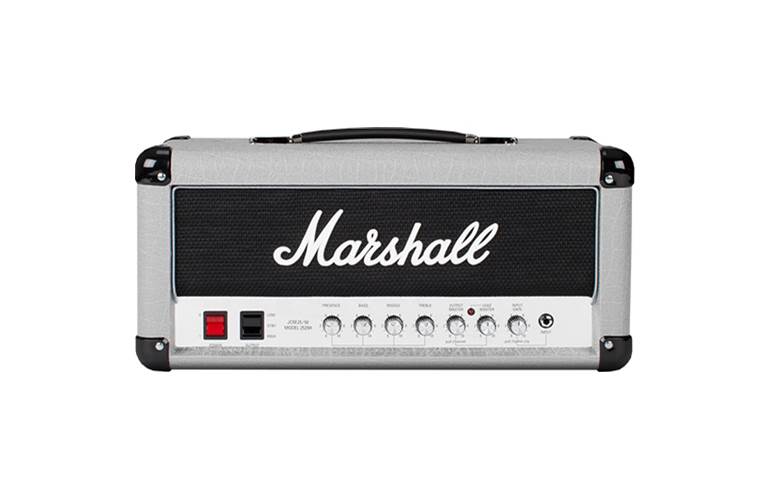 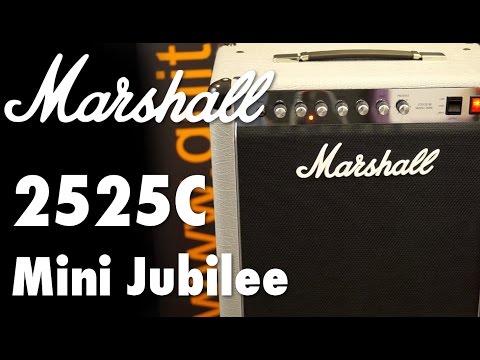 Without doubt, Marshall are the most famous name in guitar amplification. That cursive logo with the accompanying gold and black livery is a readily familiar and comfortable sight for guitarists in every single country of the world. Iconic doesn’t begin to describe the amp name that has been behind more legendary players than any other brand, from 1960 until today. Marshall defines the ‘British’ sound and every player knows exactly what you mean when you say ‘Marshall crunch’: it’s one of life’s most glorious sounds!

Back in 1987, Marshall celebrated their 25th Anniversary with the 'Jubilee' head, later to be associated more as Slash's favourite amp. This British made reissue is a slightly shrunk down version of that illustrious model, with a 20watt power rating to make getting it's best sounds (ie turned up!) easier to accomplish in the confines of a home or an urban studio.

This dual channel, non reverb head has a switchable power rating (from 20w back to 5w) to get it screaming with vintage rock fury at acceptable volume levels. This all valve Marshall is THE sound of hard rock.

UK MADE ALL VALVE AMPLIFIER

Just like the original that kicked off the Marshall crunch revolution and changed the face of modern amplifiers forever.

Play in a variety of environments from rehearsal to the small venue. Take this one step further and play in your bedroom using the power reduction feature and go from 20W to 5W.

Switch between two channels using the pull channel and go from dirty overdrive to shimmering cleans.

The pull rhythm clip lets you add in extra distortion if you desire, to really add in that crunch.

Rocks out just like its big brother! SLASH on a budget. Great rock amp, more flexible than the SC20H as it has a useable clean channel. Takes pedals well too & is very loud, you can easily gig with it despite the 20W rating. Plenty of gain which you can expand on with an overdrive pedal. Has a really nice clarity to its sound, tight response through the right cabinet.

We'll get in touch when the Marshall 2525 Mini Jubilee Head is available.