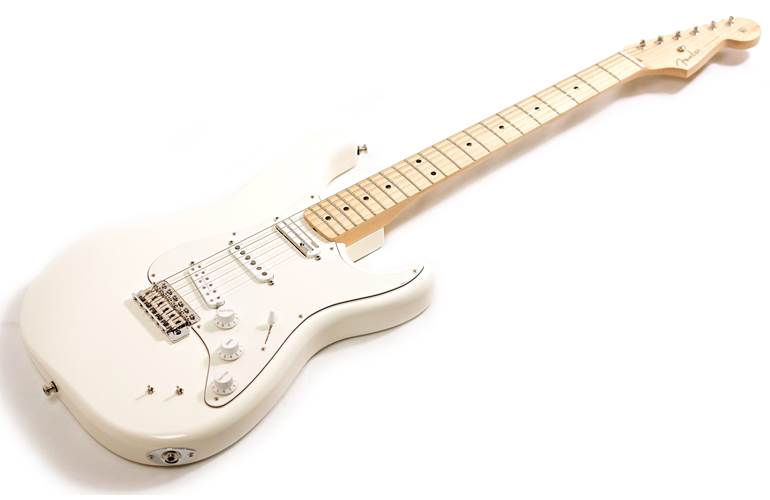 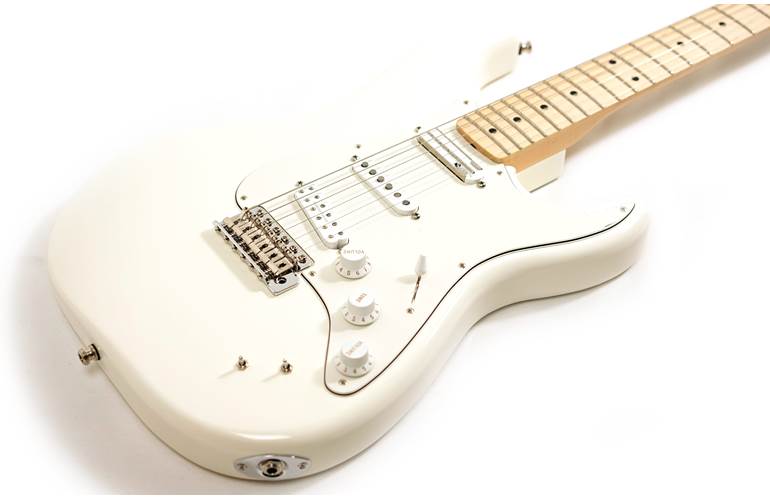 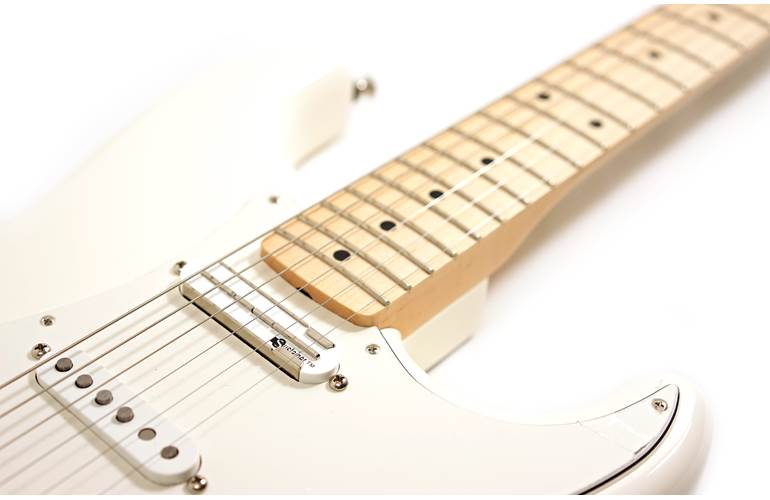 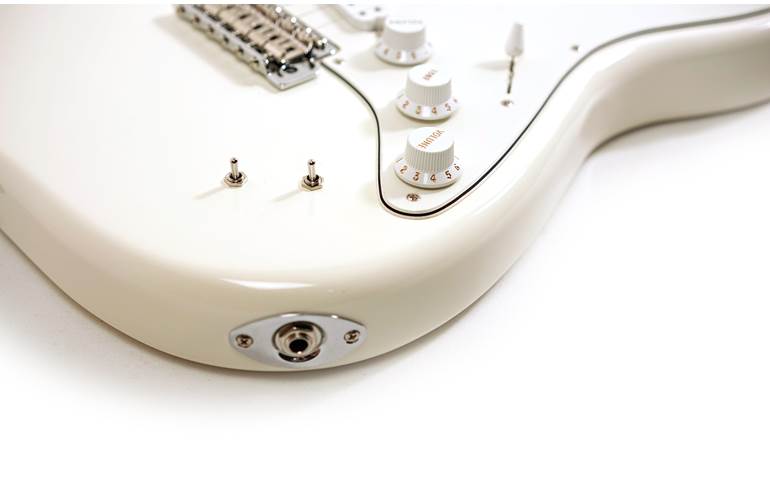 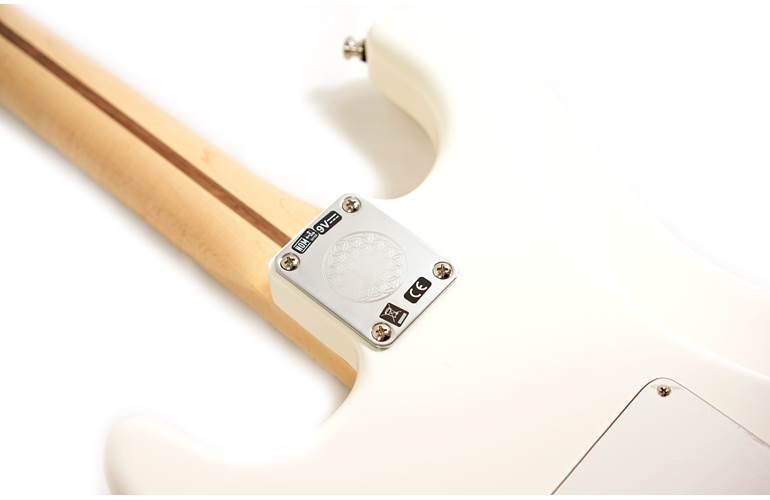 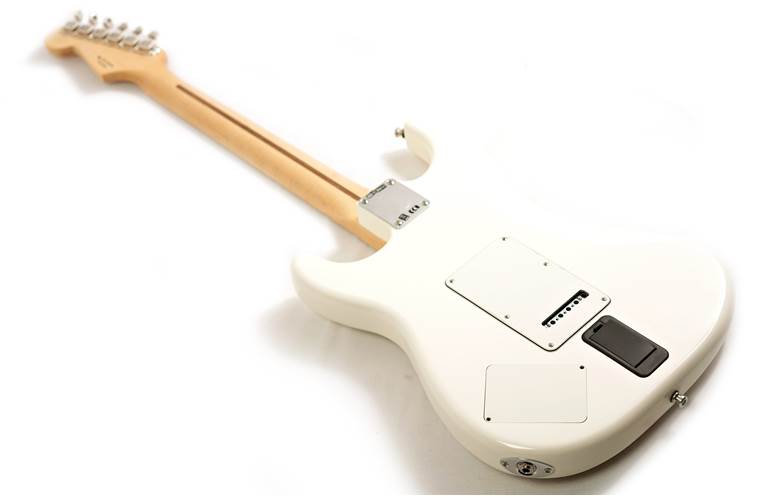 Fender honour Radiohead's innovative Ed O'Brien with a feature-laden and tasteful signature Stratocaster that has a neck profile to die for!

For over twenty years, Radiohead have been something of a barometer for alternative ‘otherness’: eschewing bluesy riffs and standard chord progressions, Radiohead with their trio of guitarists have instead paved a unique path through modern alternative music by using texture, atmosphere, surprise, drama and a deliberate melding of disparate influences to create a wholly unique and recognisable sound. Lead guitarist Jonny Greenwood often gets the glory but fellow guitarist Ed O’Brien is arguably the more inventive and out-of-the-box player; he just takes more of an ethereal, supporting role.

To create the types of sounds he requires, Ed needed an instrument that would be capable of sustain, harmony, pitch and volume manipulation, as well as being able to be as subtle or as blunt as required. Fender have ably put this together for him in a tasteful package called the EOB Sustainer Stratocaster.

This white Strat has a Fernandes Sustainer unit in the neck position to create endlessly sustaining single notes or chords. Mini toggles on the guitar’s body switch on a ‘harmonic’ mode to induce the sustainer into musical feedback. It’s quite an incredible device, especially when you have the whammy bar available (like this Strat does) so you can wilfully manipulate the pitch as you create it.

The EOB Strat also has some top flight pickups in addition to the Sustainer: the middle position has a nice hot Texas Special single coil and the bridge is treated to a fantastic Seymour Duncan JB Jr mini-humbucker. The neck is an excellent feeling and relatively large 10/56 V shape with 21 narrow-jumbo frets. This is one of those guitars that comes with no pre-conceived ideas about how it’s meant to sound or perform: it’s a beautifully open canvas for you to experiment and create.

Just a few niggles on the general setup of the guitar and the fact that there was no gigbag included. The Fender website clearly states that a Deluxe gigbag is included with the guitar, so where was mine?

It just sings. It?s a strat on steroids. It?s really beautiful and I?m so glad they made it.

We'll get in touch when the Fender Ed O'Brien Stratocaster Olympic White Maple Fingerboard is available.