Our Top Tips for Improving Your Solos

There’s nothing worse than hitting a bum note. When you’re jamming with friends, writing music or even just practicing, it can get really frustrating if you get stuck, particularly on a solo section. This should be your moment to shine but instead you end up worrying about it for the first half of the track and feeling deflated if it doesn’t go right.

First things first, everyone plays differently and not everyone needs to be able to improvise masterful solos. Second, only you are in control of your playing. Only you have the power to improve, or indeed switch things up and play something you’re more comfortable with. With that in mind, let’s check out a few areas that can help most players step up their solos.

Yes, we know, yawn! Well, we hate to break it to you but scales are important in pretty much every instrument, particularly for improvising. They may take you back to your first guitar teacher but there’s a reason you were told to learn them - they really help. Nowadays you don’t have to stick to that same first blues scale you were taught either. There are a wealth of amazing resources online and you’ll find scales to suit every genre and style. Seriously, just practice them!

If you spend 10 minutes of every session working on hammering different scales into your memory, we promise you’ll come on leaps and bounds. The next time you improvise, instead of panicking, you can just let muscle memory take over and play around those familiar notes. Scales will take the dread away and allow you to think of new ways to play, it’s as simple as that.

Work on your technique

For different players, working on your technique may mean very different exercises. Metal players may find that sweep picking is essential while blues or jazz players might gravitate toward bends, vibratos or chordal lead sections. The important thing is that you take the time to educate yourself on proper technique, whether that’s done by trial and error or by seeking advice online - either way works! What use are all those scales you learned going to be if you don’t know how to put the notes together in a creative way? 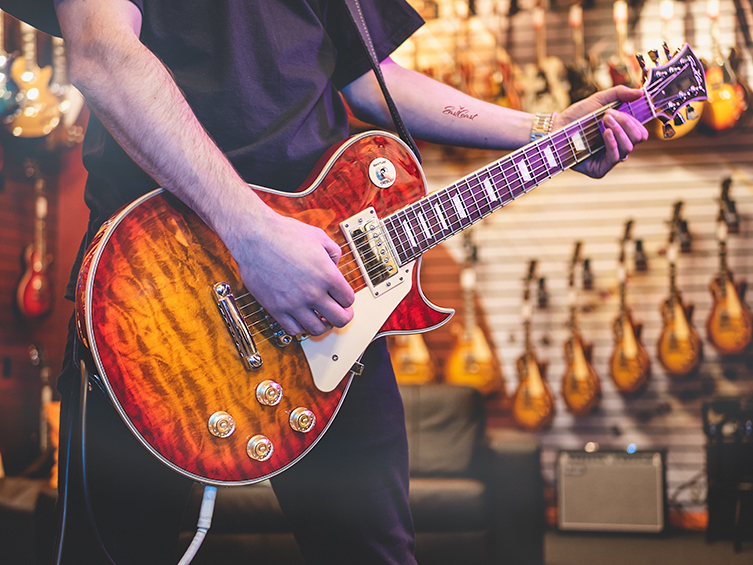 We recommend covering the basics to start with; hammer ons and pull offs, bends, vibratos, slides and a few speed exercises. However, the beauty of playing is that everything you learn is based on your tastes and interests. Next time you create a cool lick or run, break it down and think about why you liked it so much. Work out why it sounded great and what techniques you used to create it then and build on that. Most importantly, practice it over and over till you can do it in your sleep!

Although often challenging, learning other people’s solos is one of the quickest and most fun ways to improve. It’s easy to listen to something complicated and just think “it’s not even worth me trying that” but honestly, it is. If you only take a phrase from that solo in, you’ve still learned something new. On top of that, studying how the artist structured it in terms of speed, timing, note delivery and style can often be eye-opening.

You’re most likely reading this because you want to improve your lead playing so learn from your own guitar heroes - they’ve laid out a path for you! Start off slowly and don’t give up. When you play a video game, level one often seems impossible because you’re still getting used to the buttons and the timing and this is no different. Keep working through your chosen solo bit by bit and eventually, you’ll look back on it and wonder why you ever found it so difficult.

This isn’t so much something you practice as it is a parachute for the moments you end up skydiving toward the dreaded bum note. You can either dwell on it, letting your mistake ring out for the full band to grimace at, sweating over your next move - or you can fix it. The guitar is a unique instrument in the sense that you’re never far off the right note, even if you feel a million miles away.

If you do hit a bad note, your time spent learning scales will save the day because you’ll be able to quickly work out where you should be instead. So, turn your mistake into a run, or simply bend that bad boy up until it sounds like that’s what you meant all along! 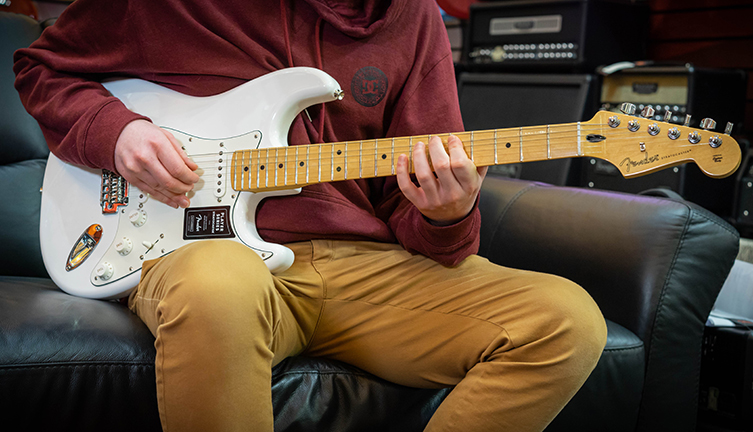 Do you think Hendrix didn’t make mistakes? Well, he did… actually, quite a lot of them. In fact, his playing was so chaotic that it always felt he was pushing himself right to the edge of his capability and that’s what made him so great. For inspiration, take a look at some of his live footage and watch how his recovery is as important as his creativity. Once you unlock this secret, everything becomes less of a challenge!

So we’ve covered a lot here but we haven’t really mentioned style. Style matters. Put a shredder in with a punk band and watch them struggle to adapt, despite how talented they are at playing a million notes a minute. It never hurts to remember what you’re playing and what style of solo is going to work for the track. Smells Like Teen Spirit has an absolutely fantastic solo that’s pretty easy to play. Nobody listens to that song and says, I wish Kurt had played another ten notes, or thrown a few legato sweeps in there - it doesn’t happen.

So consider what you’re solo-ing over and what your solo needs to be. Sometimes mirroring a vocal melody or adding a new spin on the songs’ chord progression can be extremely effective. Don’t put pressure on yourself to be the fastest player when you can bring your own style and flavour to your music, that’s worth so much more.

Write or record your solos

Our next tip is one we’ve found extremely useful - writing down or recording your solos. Now this may seem like a hassle and to be honest, it kind of is... but that doesn’t mean it isn’t worthwhile. Writing down your solos is a great way to study what you’ve been working on and will give you a visual representation of what you’ve been playing. The same goes for recording your solos. Hearing yourself on a track will force you to think about what you did right and what you can improve on, plus, it will help you get used to playing in time and nailing solos first take. Now, we don’t mean you have to do this every time you play but why not commit to writing down or recording a solo a week? The first few might be rough but the more you make a habit of it, the more you’ll improve. 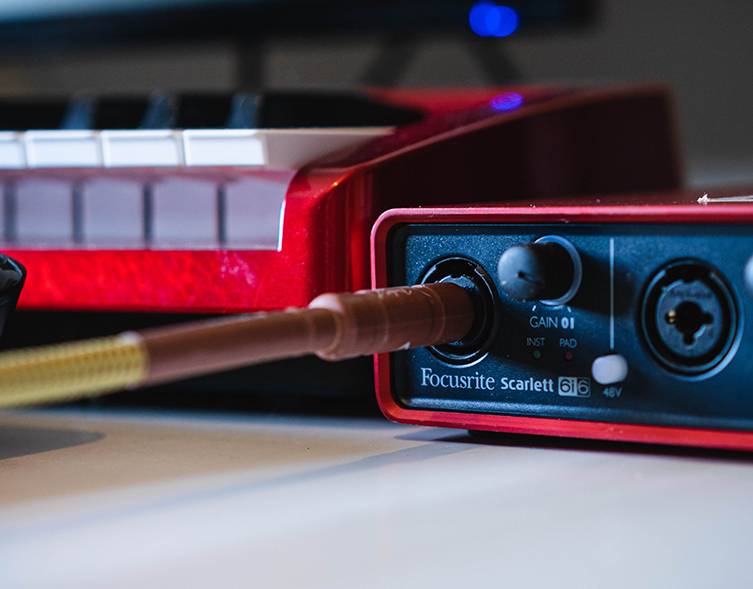 Our final pointer largely comes back to scales and is kind of an extension of our first tip but we still thought it’d be worth mentioning. Root notes allow you to tailor your scales to the track you’re playing along with, choosing the right ones to fit in with the song. Simply put, the root note is the first note of a chord. Getting used to using these root notes as the basis of your solos is essential if you want to play along with different types of music. There’s no point learning all your scales if you can't find a practical use for them!

So, once you’ve put the hours in and feel like you’re comfortable with a few different scales, stick on a backing track and jam along. Experiment with different styles, timings, tempos and most importantly keys to help you understand the relationship between chords and scales. If you’ve put in the time in practice this will come pretty naturally, if not, it’s time to go back to square one and get to work!

We hope that we’ve been able to help you all on your quest to become face-melting masters! These are great ways to develop but it’s important to remember that what makes a great solo is totally subjective and to stick to the vision you have in your head. As we mentioned earlier, they don’t always have to be the most complicated to sound amazing. In fact, today we have so many amazing effects to aid us that simple parts can sound absolutely astonishing. Have a go at adding some of these exercises into your practice but don’t beat yourself up, have fun and remember, the more you play, the more you’ll improve!