Well, here we are again. It's the last day of the year and we're sitting back and thinking about all the fantastic albums that have been released in the past twelve months.

Join us as we look back at some of the records that got us through 2021 and the songs that became the soundtrack to another very interesting year. See you all in 2022!

We imagine that Sam Fender’s Seventeen Going Under will make its way onto more than a few Album of The Year lists for 2021. This is the second album from the ‘Geordie Springsteen’ and is one that we’ve had on repeat ever since its release in October. Sam’s music has always perfectly married vibrant, anthemic, catchy sing-along songs with sombre, dark lyrics, and it’s this juxtaposition that sets him apart from the rest of his peers and keeps us hooked on his music.

The curse of the dreaded second album was clearly no sweat for Mr Fender. While his past material has dealt with issues faced by young people in today’s society, political themes and cultural happenings, this album is much more introspective and gives us an insight into relationships and experiences in his personal life. Sam’s lyrics have always had a way of resonating with his fans and this can also be seen with the lead track from the album going viral on TikTok with users using the lyrics to convey their own personal tales.

Wolf Alice is just one of those bands that can do no wrong in our eyes, in fact, we think they’re immune from making a bad record. The band’s third album, Blue Weekend, is an emotive exploration of a person in their late 20s realising what they do and don’t want out of life, and for us, we think this is their best work yet! Paying respects to various styles of 90s music along with their own added extra Wolf Alice spice has long been the band’s calling card. But the beauty of this new album lies in just how seamlessly they open portals to connect both the heavier stylings of their earlier work to the more thoughtful and softer side of the band’s personality. The album is the perfect cocktail of eccentric guitars, grooving bass lines, epic synth action and trippy vocal effects.

It’s about time we inject some soul goodness into this list! Introducing An Evening with Silk Sonic, the highly anticipated album from the newly formed music duo of two retro-obsessed musicians, Anderson .Paak and Bruno Mars. The album is a throwback to the 1970s with glamorous, big-budget production, soaring vocal harmonies and impeccably smooth vocals. It’s bold, vibrant and packed to the brim with 100% feel-good vibes. What more could you want?

Back in February, we had the pleasure of speaking with singer-songwriter Morgan Wade, all about the release of her debut album, Reckless, which went on to be one of our most listened to albums of the year. The first thing you notice from the get-go is Morgan’s incredible voice. It’s expressive, full of passion, grit and raw emotion. Firmly sitting in the Americana-Country bracket, the album details her overcoming significant personal problems in order to chase her career, something that many artists in the industry will be able to relate to. Morgan is a true talent so check her out if you haven’t heard any of her work before and make sure to catch up with her interview here.

Limp Bizkit are back, baby! 2021 was the year of Limp Bizkit 2.0 and after 10 long years of endlessly waiting and constantly googling for news about potential new material, the band finally dropped their sixth studio album Still Sucks back in October. When we say it has been on repeat ever since we mean REPEAT. Still Sucks marks the band’s first full-length album since Gold Cobra in 2011, and after a decade of countless false starts and shelved ideas, their new release is everything we could have ever hoped for. Suppose we’ll forgive them for taking so long! Punchy vocals, full-throttle attitude, obnoxious lyrics, infectious hooks and plenty of variety to keep you going cover to cover.

It’s a great time to be a Mastodon fan and it is safe to say that Hushed and Grim is their most ambitious record yet. Firmly cementing their name as absolute legends of metal, we would go as far as saying this album is a career-best too. This monstrous 89-minute double album is one of the richest and fantastic sounding sludge/progressive metal albums we’ve listened to in a long time. It’s packed to the brim with earth-shattering riffs, insane vocals, and just pure epicness. Was this the greatest metal album of 2021? YES! Will we stop raving about it anytime soon? NO!

We were lucky enough to be able to chat with the band’s guitarist Bill Kelliher all about the new album so make sure you check it out here.

Comfort to Me - Amyl and the Sniffers

It’s time to look out your denim jackets, get your mullet shaved in and chuck on those sparkly hotpants you’ve stashed away in the cupboard. It’s time to revel in the chaos of Amyl and The Sniffers.

Bigger, heavier and just downright badass, Amyl and the Sniffer’s second album Comfort To Me was nothing short of epic! Sporting the best haircuts in the music industry, this Aussie punk four-piece are a breath of fresh air on the music scene. Being former housemates, the band is incredibly tight-knit when it comes to live performance, bringing a whole lotta fun and energy to each set. If you love a bit of high octane punk rock that doesn't stop for a breather, make sure to check out their latest record. Cover to cover, it’s a real delight.

Big Mess is the second album from Grammy and Emmy Award-winning Hollywood composer, Danny Elfman and is his first studio album in 37 years! About time, Danny! We kid, of course, but we can firmly say that the album is 71 minutes of pure genius and well worth the almost four-decade wait! Throughout the 18 tracks, Danny takes the listener through different worlds and is a full-on experience from the first note to the last. Big Mess is a genuine, passionate album clearly made for no other reason than to express himself, in a rewardingly relatable and raw way.

Make sure to check out our interviews with Robin Finck and Nili Brosh, who both played on this fantastic record.

Perfectly blending rock, indie and folk, Lindsey Jordan of Snail Mail has absolutely nailed it with her second album Valentine. At only 22 years old, Lindsey already has an impressive portfolio under her belt, and to see her career grow as she navigates her early 20s has been truly exciting. Sounding as if it has come straight from the 90s alternative charts, this highly anticipated sophomore album hits the emotional sweet spot with her confessional style lyrics and themes of heartbreak and love. This new record sees Lindsey reaching for sounds beyond her guitar and exploring different styles than the one that skyrocketed her into indie stardom.

There you have it folks. Another great year of music in the bag. Let us know what your favourite albums of this year are over on social media and we'll see you all in the new year. Cheers! 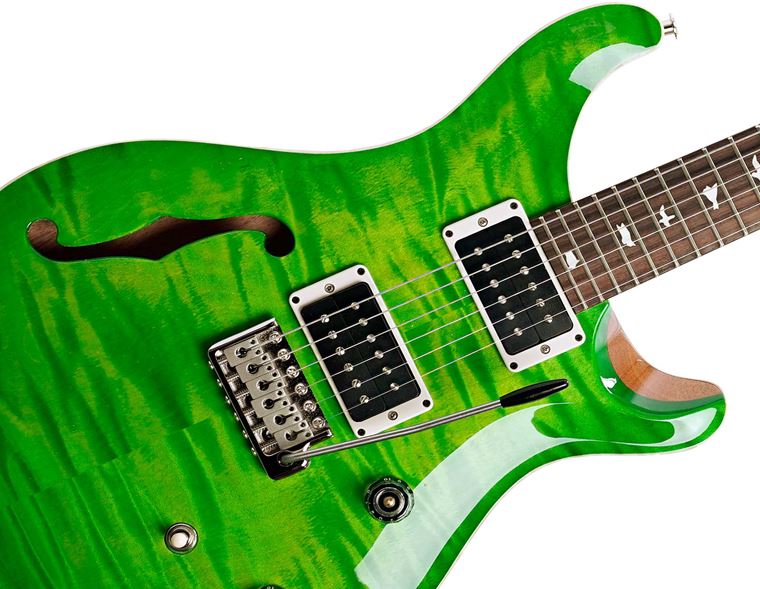 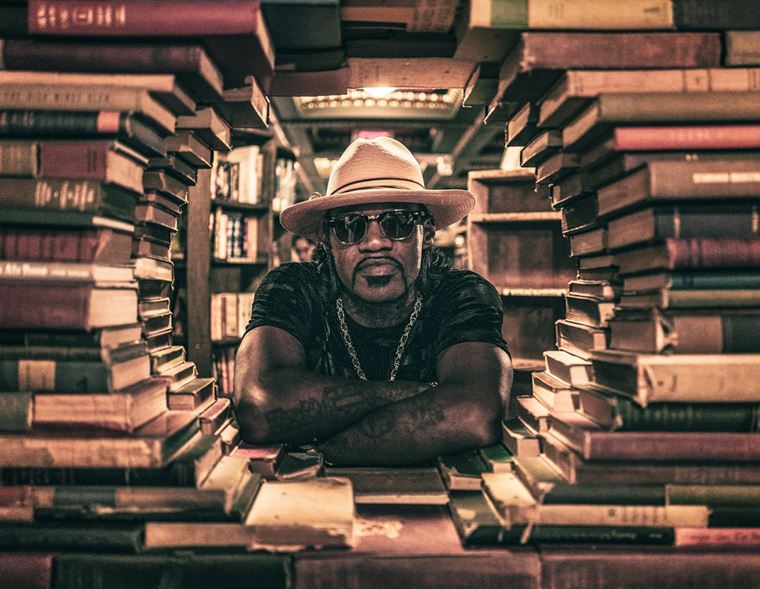 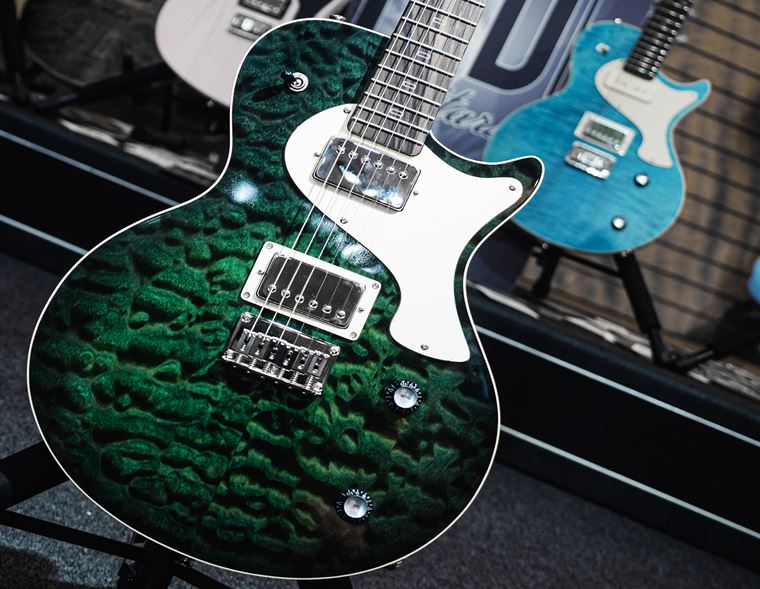 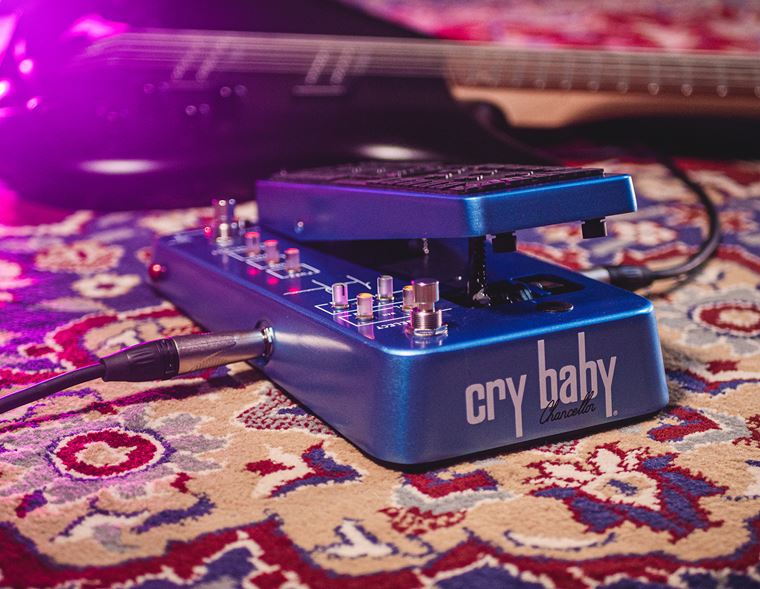