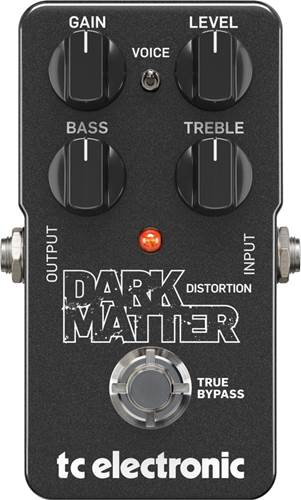 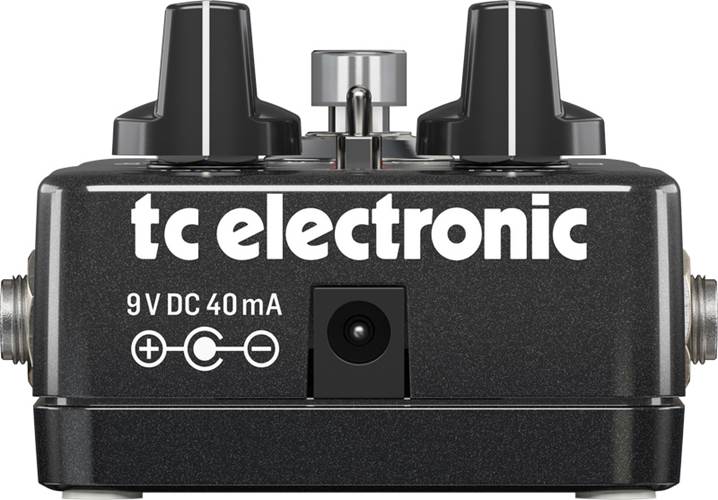 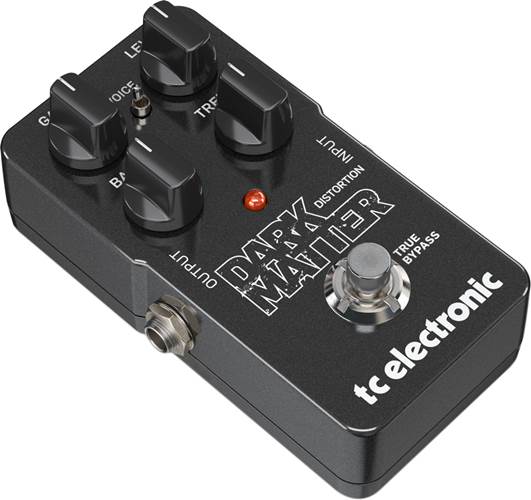 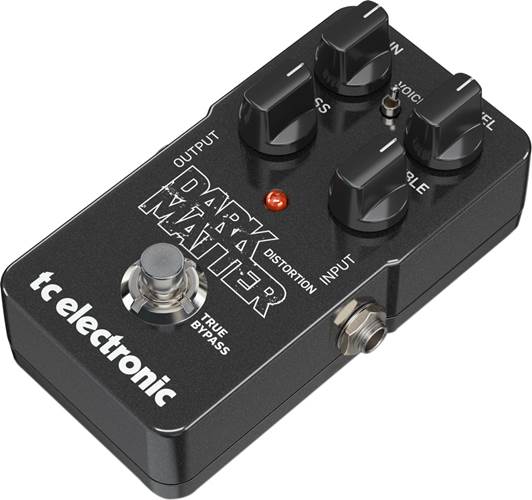 Dark Matter Distortion aims to give you that powerful, super-musical roar of an early plexi - a sound that will satisfy even the pickiest players out there. We are confident we have achieved just that, and this is one of those pedals you have to try to believe what it can actually do for your distorted sounds.

Dark Matter Distortion aims to give you that powerful, super-musical roar of an early plexi - a sound that will satisfy even the pickiest players out there. We are confident we have achieved just that, and this is one of those pedals you have to try to believe what it can actually do for your distorted sounds.

From cleans with an attitude and warm bluesy tones to a crunch with grit for days and fully saturated lead sounds full of harmonics and overtones, it’s all here in spades and instantly available by riding your guitar’s volume knob. Dark Matter distortion is built from the highest-grade components, features an easy-access battery hatch and has a conveniently small footprint.

At TC Electronic, we love great and musical distortion. As guitarists, we know all about the pure bliss an A-power chord through an amazing overdriven amp gives, and as world-class guitar pedal manufacturers, we know exactly how to obtain that sound through a pedal.

So, we decided to focus on a distortion sound that brings your tone to life. We want to give you distortion sounds that spice up your riffs and solos in a way that makes you feel like you are playing the ‘Enormodome’; distortion sounds so mean you should really have a license to operate them.

Dark Matter Distortion defines instant gratification and will become the go-to pedal on your board for distortion. Initially, you simply plug it in and start rocking, but its many great sounds will have you playing with it for years to come. From bluesy crunch to full-on vintage cranked, but always very musical distortion sounds, this pedal was designed for the guitarists that like things a bit (or very) dirty. Featuring an all-analog circuit, dual-band tone controls, level and drive knobs and a voicing switch to tweak the bass response, you are set from creamy leads over riff-heavy stadium rock to modern, angst-ridden grunge.

By ramping up the voltage to more than 3-4 times the amount of your typical drive pedals, we achieved a dramatic increase in terms of headroom and dynamics, giving you a pedal with a range of sounds matched by none out there. There is plenty of gain to suit any kind of musical style, but the sound always stays very open and clear and it will never get muddy or cover up your playing.

Instead, Dark Matter Distortion has a very open character, no matter if you use it as a slight ‘AC/DC-ish’ crunch or as a full-blown, fire-breathing dragon, this pedal will always let your playing shine through. All Dark Matter Distortion will do to your sound is add degrees of distortion and leave your precious tone alone.

I'd recommend this to anyone.

Good pedal for the price. I use it mainly with low gain and high level for a bluesy crunch. Gets a bit crude when you really crank the gain IMO.

We'll get in touch when the TC Electronic Dark Matter Distortion is available.