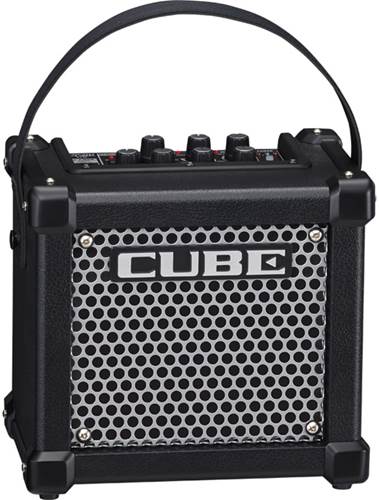 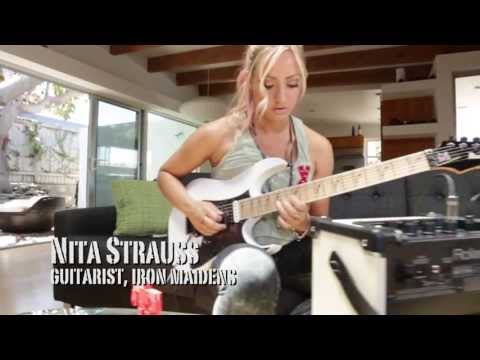 It doesn't get much more portable than this! With it's extremely small size and carrying handle, this battery-powered (or mains powered if you're at home) Micro Cube packs in the sounds and features and is ready to rock with you wherever you are!

Roland have put 8 different amp models into this, from clean to extreme, and also include 8 digital effects including delay, flanger and a heavy octave effect. You can save your favourite combination to a memory space for instant recall, too. There's a chromatic tuner on board as well which is a great bonus. Go anywhere with your guitar and sound great. Deal.

The massive, high-gain EXTREME brings the total number of COSM amps to eight, while HEAVY OCTAVE has been added to the onboard effects section for thick, ultra-low tones. i-CUBE LINK opens many new opportunities for practice and recording, providing a built-in audio interface for working with music apps on your iPhone, iPad, or iPod touch.

Perfect for use required, highly portable, loud enough to get decent sounds, a workable practice amp with useful extras (FX and tuner)

Excellent product - lives up to the reviews.

excellent practice amp,does everything it says on the box,very good quallity.

Great little amp that saves me getting my bigger amp out. Well built and sounds great with all of my guitars.

We'll get in touch when the Roland Micro Cube GX Black Combo is available.