‘What would Hendrix have done if he were still alive?’

It’s a wistful question asked regularly by his huge fanbase in the half century since the great man’s premature death. Given that he pioneered so much in his few short years, it’s crazy to start thinking where he and his music would’ve gone, had he been around to create it.

Well, that’s exactly what we’re doing today! This Saturday 27th November, Jimi would’ve been 79 years old. Just imagine! Would these last 50 years have been as prolific as the 3 or 4 he had as a professional solo artist during his lifetime? Would he have vanished into obscurity? We doubt that one, but who knows? Whilst nobody can obviously predict Hendrix’s would-be future moves, it’s fun to consider possibilities.

Today, we’ll have a little daydream about three entirely fictional paths Jimi may possibly have taken, and what that may have meant for music and culture at large. We’re going with ‘Keeps it Traditional’, ‘Continues to be Cutting Edge’ and ‘Abandons Rock’. It’s all just speculation of course, but we’d like to hear your thoughts, too! Let us know in the comments…

If Hendrix were still alive, he’d surely be aware of his gigantic musical shadow. So many musicians after him have worshipped at the temple of Jimi, it might have made him want to remain true to his initial sound and style, as diverse as that already was. Keeping close to his original blueprint (staying ‘on brand’ as today’s marketing speak would have it) would preserve his style and playing as a living part of history, of course.

We’re thinking of heritage blues and rock artists like BB king, the Stones and Bob Dylan, here: musicians who developed, but kept certain parameters on both their sound and overall oeuvre throughout their long careers.

In this guise, we see the older Jimi having short phases of trying out new things but ultimately coming back to the legendary psychedelic sound that made his name. In the 80s, he’d toy with superstrats and Floyd Rose tremolos, but the following decade would see him picking up his trusty Fender Strats again, and re-igniting his famous playing technique with his trusty wah, Octavia and Fuzz Face, bringing his fiery expression to a whole new audience of grunge kids whilst reminding their parents who is boss on the six-string!

Brands like Fender and Marshall would court him and develop innovative versions of his classic gear, whilst fashion companies would carry Experience Hendrix lines of headbands and flowery shirts.

We envisage Jimi developing a new type of tremolo for the Strat, and a new type of speaker cabinet for coaxing truer feedback from his stacks, which he refuses to stop using despite encroaching deafness. 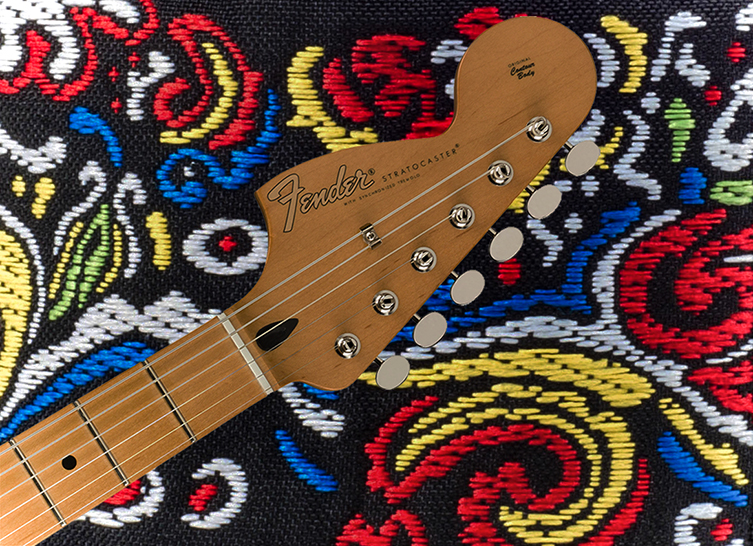 He’d headline Glastonbury and dedicate a performance of Voodoo Chile to the fall of the Berlin Wall. He’d continue to put out records, but, like the Rolling Stones and Dylan, most fans would still shout for the old classics at gigs. In the early two-thousands, Hendrix has a major hand in developing game-changing Jimi Hendrix signature hearing aids, which help restore his diminished senses from the effects of a lifetime of righteous volume. He collaborates with the Red Hot Chili Peppers and performs a cover of Smells Like Teen Spirit with Joe Bonamassa.

As of November 2021, Jimi continues to tour with his band, The Cosmic Electric Wizards of Love. A birthday celebration Fender guitar is due very soon, built and aged by the Custom Shop, signed and played by the man himself.

Jimi Continues to Be Cutting Edge

In another scenario, Jimi continues down the singular path of discovery that he started with The Experience, and never looks back. In the mid 80s, he gets obsessed with MIDI guitar and experiments with sampling and FM synthesis. Paul Reed Smith makes him a guitar instead of Santana, and Hendrix makes the Custom 24 the world’s most popular guitar. His PRS brings him the ‘best of both worlds’ vibe that he used to require a Strat and Flying V for. Hendrix picks psychedelic colours for his PRS, then hand-paints flowers all over them. 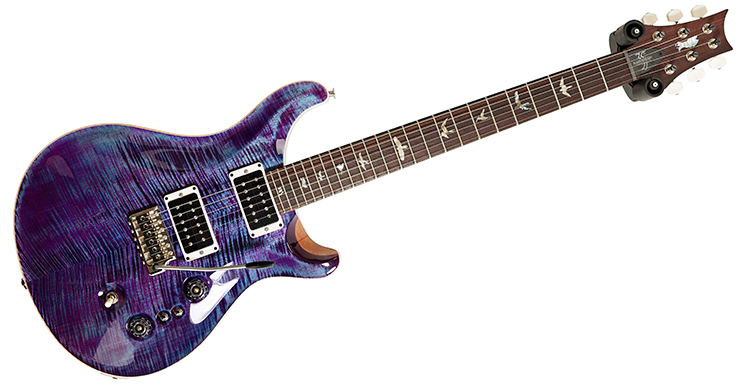 This Cutting-Edge dimension Hendrix was an early adopter of digital technology, much to the initial disappointment of his fans. Awkward periods of experimentation ensued before the technology rose in quality to meet Jimi’s ideas. After that, his MIDI XY pad modification pre-dated Matt Bellamy’s, and his early use of looping technology began a butterfly effect that rippled out into the world and cancelled Ed Sheeran. Long-time fans lamented Jimi’s occasional forays into jazz metal electronica and guitar-synth 'expansiveness', but he kept enough of his original sound intact to provide an anchor for his sonic adventuring. His modded Fuzz Face becomes Dunlop’s biggest selling pedal ever, until they release a new Hendrix wah with the fuzz built into the circuit.

Jimi’s 2021 gear includes two Helix units programmed with simultaneous and entirely different tones for his left and right speakers. Experiments with quadraphonic sound weren’t up to scratch, so plain old stereo will do for Hendrix before he finally perfects the first truly 3-dimensional guitar rig. His fuzz face and wah are digitally modelled and the resulting signature plugin is the most popular piece of music software in the world. Prices for Pre-CBS Stratocasters soar to unheard of prices, and Jimi makes a point by bringing a Squier Bullet out on tour with him. Audiences still want the classic tunes. Hendrix plays whatever he feels like playing.

In this, our most out-there scenario, Jimi pioneers all known styles of rock and metal by 1981 and decides to leave it behind altogether. He begins scoring soundtracks for independent movies and works with avant-garde jazz groups in New York, where his instrument is a laptop and MIDI controller. His famous guitar playing is heard less and less often. Hendrix collaborates with Frank Zappa on one record and John Williams on another.

Tiring of his fanbase ceaselessly calling for ‘Foxey Lady’ and ‘Hey Joe’, Hendrix quits music for around 11 years, choosing instead to work with holographic art and rudimentary computer painting programs. In this gap of silence, Hendrix’s influence only grows, culminating in a slew of copycat bands that seek to bring about a second Summer of Love in 1999.

In response, the semi-hermit Jimi bursts back onto the scene with a new band (which includes an out-of-retirement Jim Morrison on vocals) playing retro-futuristic psychedelic prog. Jimi, armed with his favourite vintage fire-damaged Strat and Marshall, gives the fans what they want for half a concert before putting his Fender down and creating impressionistic ambient music on his laptop, backed by swirling projections of his paintings. Audiences prove tepid at first, but Jimi persists, finally uniting the two worlds of old school rock and New Age ‘chill-out’ music in utopian harmony. Morrison leaves the band to retire in 2009.

The Future That Never Was

Though it’s a tragedy that Jimi Hendrix never saw his 28th birthday, he left behind a legacy like no other musician. We can imagine for days on end what he could’ve gone on to make, but what’s important is what we already have, and that’s hours of the most inspiring, other-worldly music that ever existed. He showed us all by example just what an electric guitar could do if we aimed for the stars and followed the lightning bolts that came out of our imaginations. That was Jimi’s art and his present to the whole world. Hendrix’s music is a gift that keeps on giving, and for that we wish him a most happy and triumphant Happy 79th Birthday, wherever he may be now. We’ll let Jimi’s last written words also be ours:

“The story of life is quicker than the wink of an eye,

The story of love is hello and goodbye, until we meet again”