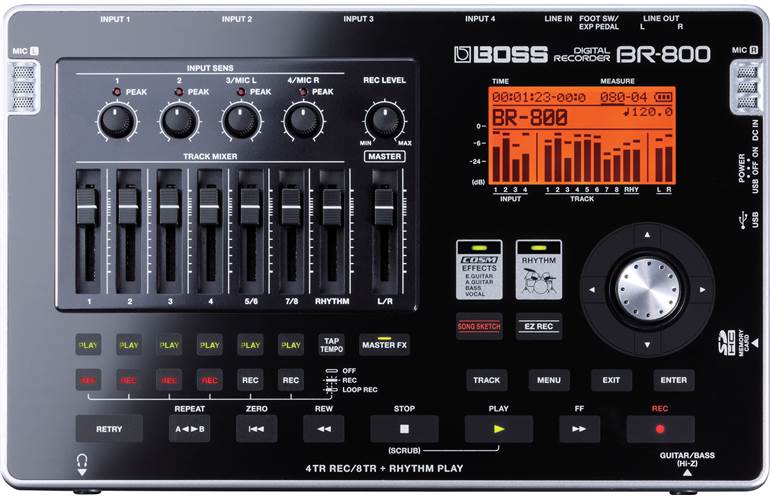 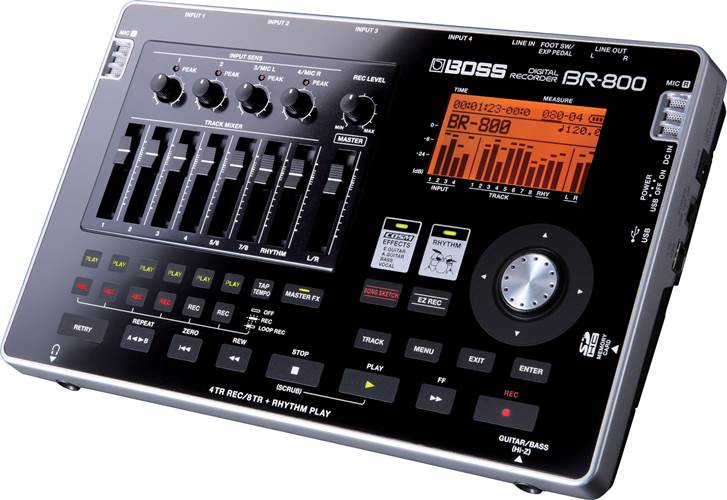 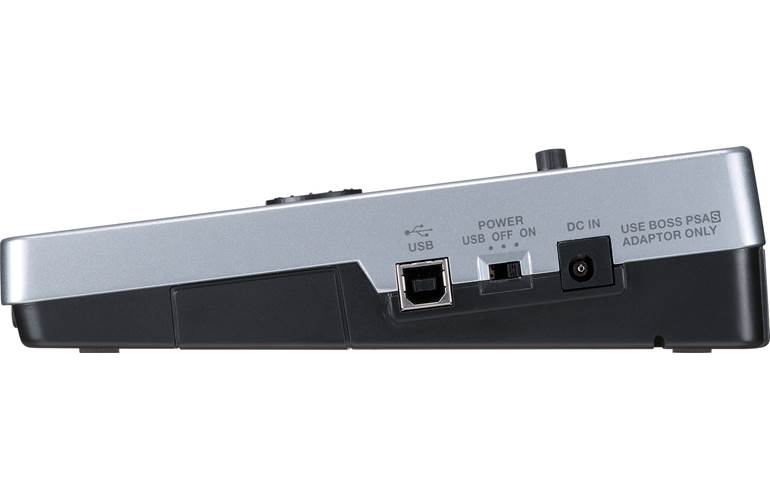 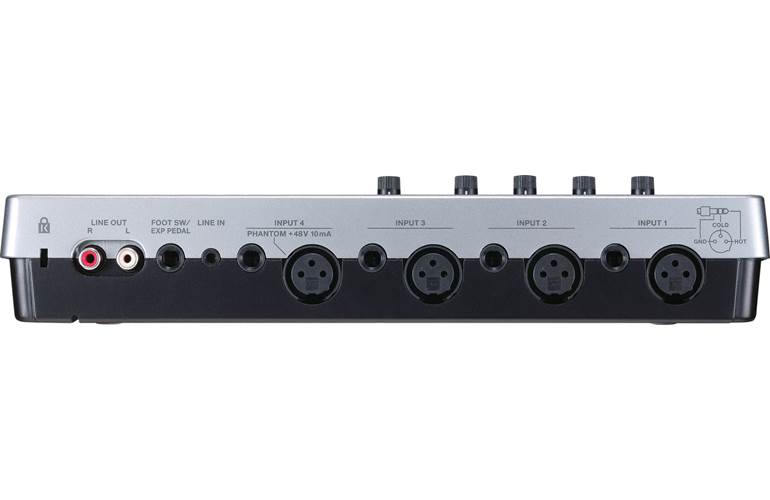 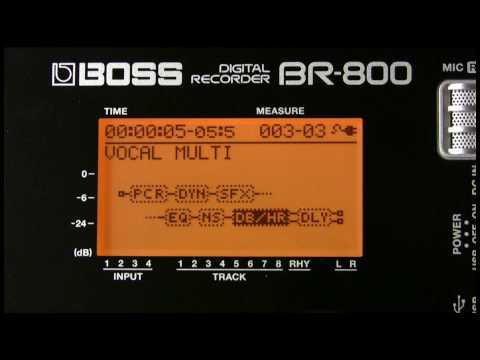 The Boss BR-800 is a powerful and portable multitrack recorder that is simple to use and full of features.

You can record up to four tracks simultaneously, with eight tracks available in total for you to record on, as well as a further stereo track for the excellent drum programming available! COSM modelling provides a myriad of amps and effects to allow you to plug an electric guitar directly into the unit and dial up a BOSS-quality professional tone to record with.

The BR-800 has a built-in stereo mic to allow you to record directly into the unit without the need for any external mics. There is also an E-Z record function to get you out of the starting blocks and running straight away with very little effort. It's a very good feature for beginners!

The BR-800 is a handy unit to carry around in your gig bag or case. There is so much on board here to turn your simple idea into something much more like a studio quality song! It's intuitive to use and the recording quality is excellent.

BOSS continues its top-selling tradition of portable, affordable multi-track recorders with the new BR-800, a battery powered studio to go. The sleek new design is made possible by touch-sensor switches and SD-card media recorder. Up to four tracks can be recorded simultaneously with eight tracks of simultaneous playback, plus an additional stereo track dedicated to the built-in rhythm generator. The BR-800's powerful onboard effects processor includes GT-10/10B effects, VE-20 vocal effects and harmonies, and COSM-based acoustic guitar body modelling. The EZ Recording feature interactively guides you through the recording process. A stereo microphone is also built into the BR 800 for instant “Song Sketch” recording. No matter where you are, you’ll never take risks getting your ideas down with the BR-800. Whether you’re creating intricate, multi-layered songs or point and capture field recordings, the BR-800 makes the recording process fast and easy. Beginners will love the new EZ Recording mode that interactively guides you through the recording process. Other helpful features include the convenient Retry function, which recues automatically to fix mistakes and Song Sketch recording for instant, one-touch capture. There’s also a built-in stereo condenser microphone plus a DR-880-quality rhythm generator for adding drum and percussion tracks to your songs. You can power the BR-800 from the included AC adaptor, or, for ultimate mobility, it can be powered from six AA batteries. So you can record anywhere! Stereo microphones are also built into the BR-800 for instant “Song Sketch” recordings, great for capturing song ideas (acoustic guitar and vocals, for example) from any location.

The BR-800’s USB compatibility enables a variety of functionality with your computer. Connected to a PC, the BR-800 will function as a USB audio interface for recordings that utilise the internal effects. The BR-800 can also function as a control surface for DAW software.

Everything I need is in this modern box of tricks. At some point I may move over to computer recording, but at present I am happy to utilise this technology for my music.

Can't believe that you can fit so much into someting so small.I am just getting back into making music and its like I have my own recording studio. It's just down to my own imagination what I can do now.

Exactly what I wanted, but I could do with a little bit of help working it out

Will enjoy using it for recording has great drum and e-guitar effects.

Overall a good piece of kit.

the headphones are well made,fit well,and the sound through them is very good,and a very good price.THANKS John J Brown

seems realy good, have not explored all of its features yet.

Great little device for the price

BR-800 is a clever little unit for recording. Competitively priced and compact to take anywhere. sound quality and versatility of this unit is amazing

We'll get in touch when the BOSS BR-800 Digital Recording is available.