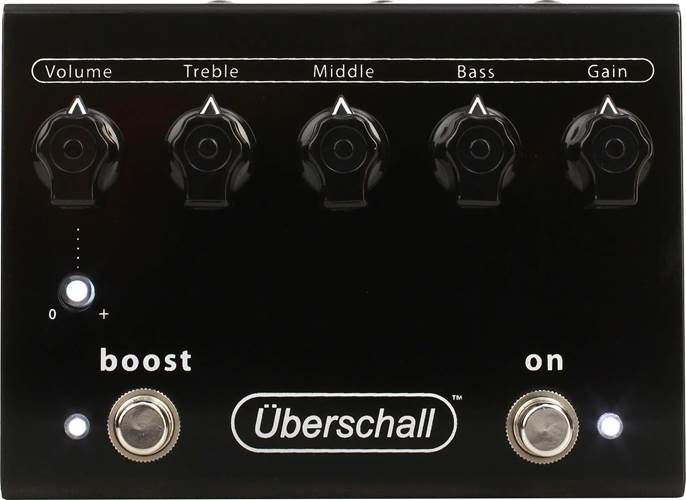 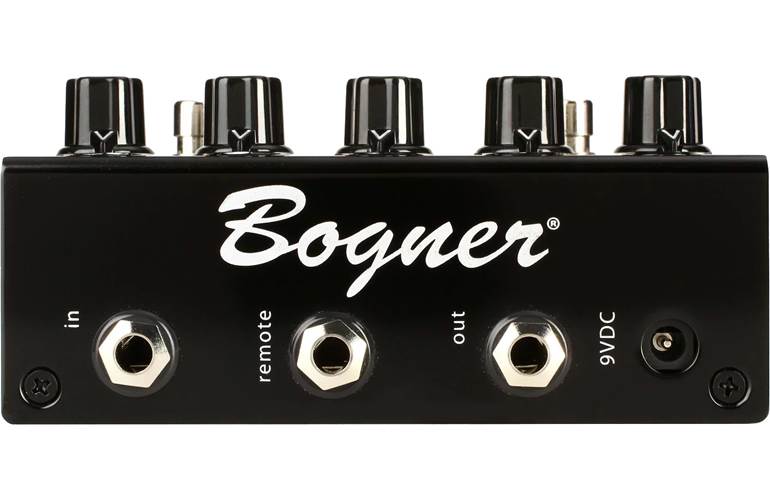 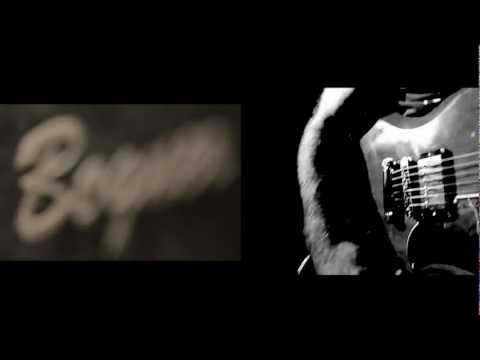 In 2001 Bogner launched the Uberschall amplifier. More than a decade later, Bogner still hand builds each one, in Los Angeles, California. Dubbed “Armageddon in a Box”, the ferocious Uberschall pedal derives its thunderous hi-gain tones from the notoriously brutal Bogner Uberschall amplifier. While the Uberschall pedal offers a significant range of classic lower and medium gains, its true nature comes forth when deliver­ing savage, face-melting, high-gain aggression – don’t say we didn’t warn you!

The best choice for me. Thanks Al!

I have many distortion pedals and this is a very good addition to my collection. Only grip is the boost control is very small.

Great pedal, great drive yet still retaining a transparent sound and tone. The boost switch is great for guitar solos with the db boost being adjustable.

Does exactly what it said it would

We'll get in touch when the Bogner Uberschall Pedal Overdrive/Distortion is available.