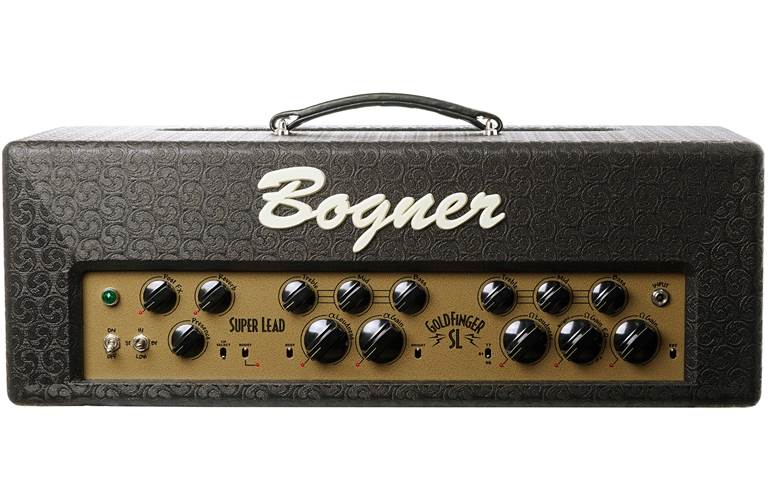 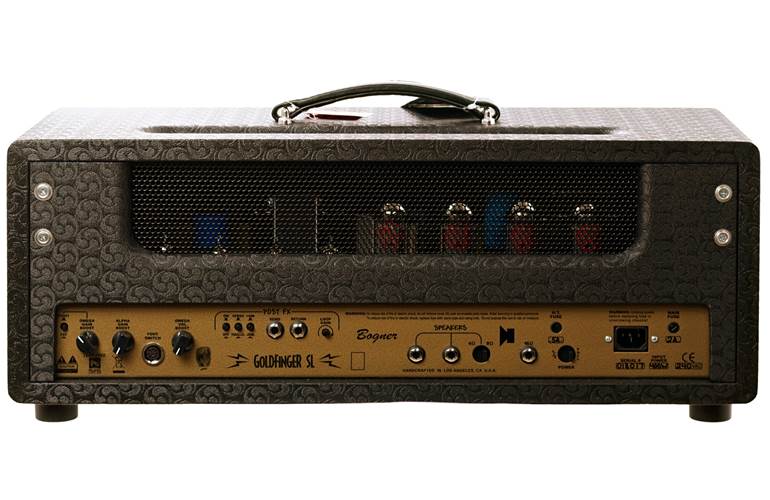 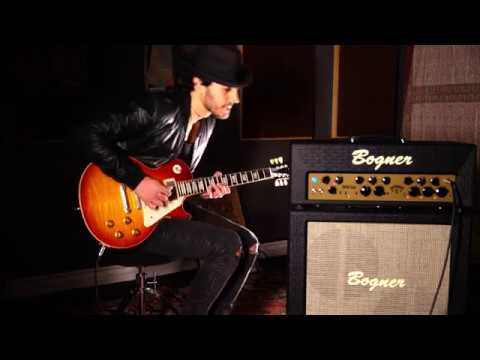 The Goldfinger is based around the rich harmonic textures of the iconic 6V6 tube. Known for having a nice warmth and a creamy breakup at fairly low volumes, the 6V6 sings like an EL34 but has more chime for cleaner bell like tones. The Goldfinger's power amp has the finesse of a Bull Rider that knows the art of hanging loose and tight at the same time, not an easy sonic accomplishment by any means. The 6V6 power amp, when combined with the many sonic fragrances of the fine-tuned preamp circuit, offers you have a complex harmonic universe that allows your soul to get lost in.

The Goldfinger is a two channel vintage voiced amplifier incorporating Reinhold Bogner's incredible tonal flexibility. Each channel, one named Alpha, the other Omega, features multiple controls and switches to highly customize your personal sound preferences. The combination of the channels with the availability of a pre and post effects loop makes this amplifier a Guitar System which lets you route your guitar signal as needed without downloading the original audio signal.

The post effects loop is the more common found loop between pre amp and power amp. The loop can be operated in series or parallel and has a level switch to be set accordingly to the effects unit used. Parallel mode lets you mix your effects via a control to the pure dry signal. Series takes the entire dry signal and routes it through your effects unit, series can also be used as a volume boost.

The pre effects loop is incredibly unique and a first in amplifier designs. Actually, the second time, since in 1995 Reinhold designed and produced a limited 60 unit run of the hand wired Caveman amplifiers which featured a tube buffered pre effects loop. While this loop worked well and served its purpose for the 100% pure sound, you still had to plug the guitar directly into the channel inputs.

After rethinking the problem, Reinhold came up with a new pre loop design that's featured for the first time in the Goldfinger. The problem is solved: if the pre loop is not engaged the amplifier will only see the pure guitar signal without it going through any switches or relays. This means if your guitar is plugged straight into the Goldfinger's input and any other effect pedals, loopers, routers etc., that would normally be used between the guitar and amplifier, are connected through the Goldfinger's loop, you still retain a 100% pure guitar tone! Please note this pre loop is a non-buffered circuit design.

Fantastic sounds (and range of sounds) from a great amp designer. Both channels are exceptional on this amp. Sounds great even at lowish volumes (don't forget to half the impedance via the switch when switching to half power mode!).

We'll get in touch when the Bogner Goldfinger SL Superlead 6V6 45W Head is available.