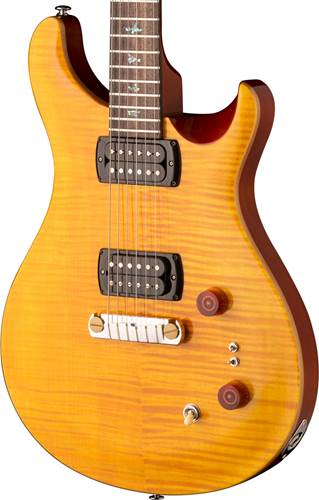 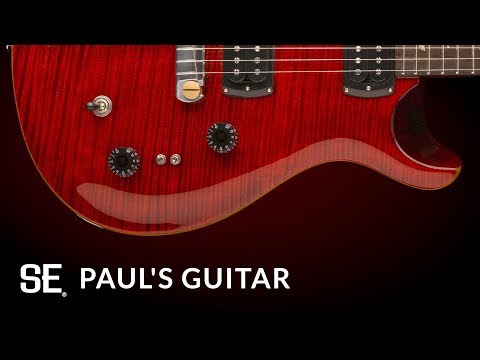 This guitar is something of a welcome surprise! The PRS SE Paul’s Guitar is a tasteful and innovative instrument that brings bags of value to the SE line.

PRS have made a USA-made Paul’s Guitar for a few years now. It’s a specific instrument that carries with it all of the specs and features favoured by Paul Reed Smith himself. When he goes out to play a show, Paul’s Guitar is what he brings with him.

This affordable SE model is impressive. As Paul says himself: “The SE Paul’s Guitar is a great example of design, engineering, and teamwork. It’s as close to home as we could get inside of the SE Series, and I am very proud of it.”

So what is Paul’s Guitar? Well, the shape will be familiar, as will the Mahogany and Figured Maple body specs. This guitar features a Mahogany neck with a Wide Fat carve (we want to see more guitars with this shape!), PRS’s customary 25” scale length and 22 frets with the classic Bird markers.

The bridge is a PRS-design stop tail with Brass inserts for extra top end tone and increased sustain. The pickups are newly designed TCI ’S’ humbuckers, wound especially for this guitar. The bridge model differs from the neck in order to give the correct balance of tones and volumes.

Additionally, the guitar features two mini toggle switches to allow individual coil splitting for snappy single coil tones. This in itself isn’t unusual but having them operate separately is not something we often see and it’s great! It’s good to be able to quickly flick between, say, a bridge humbucker sound and a neck single coil sound without having to first disengage the coil split before switching pickups.Using this in tandem with the middle position of the three-way pickup selector will bring some interesting new sounds, too.

Really, this is a very well designed and put-together instrument with lots of subtly and taste. It feels great, looks great and sounds great. Not only that, the price point means it represents very good value, too. We don’t think there’s a guitarist out there who won’t get on with this.

The PRS SE Paul’s Guitar is available in three finishes. This one is Amber.

Very versatile and playable guitar - well set up, with a huge range of tones. Looks great too.

We'll get in touch when the PRS SE Pauls Guitar Amber is available.