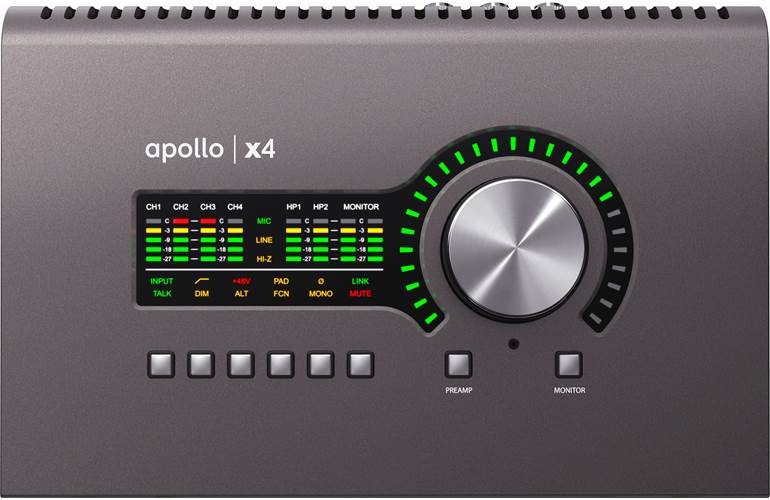 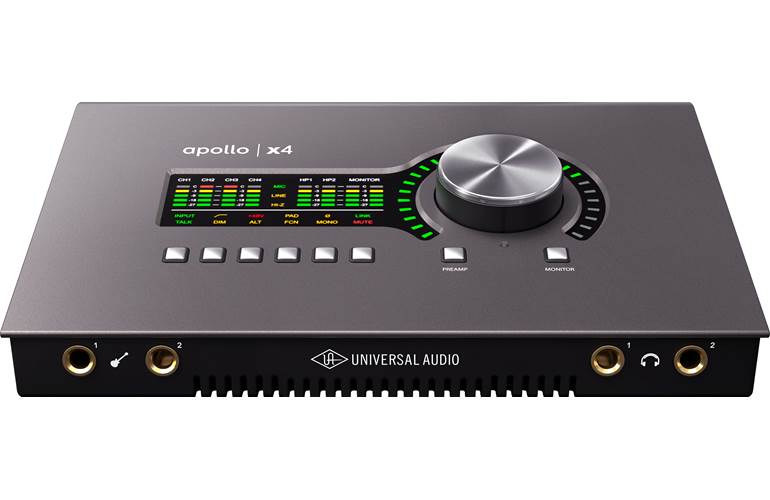 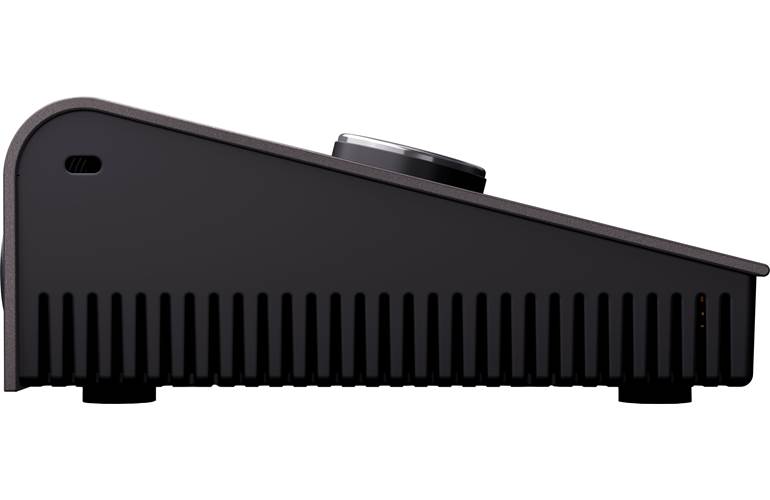 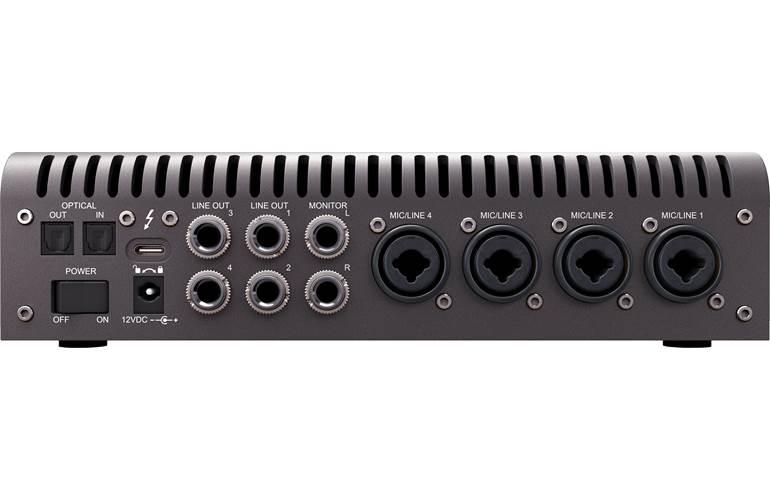 Elite Audio Conversion and Four Unison Preamps on your Desktop.

In addition to its four Unison-equipped preamps, Apollo x4 offers two independent headphone outs and two Hi-Z instrument inputs — letting you collaborate easily. Plus, with a total of four line outs, optical ADAT/SPDIF input and output, dedicated monitor remote controls, and a built-in Talkback mic, the 12 x 18 Apollo x4 can serve as the powerful centerpiece of your professional desktop studio.

Users of Apollo x4 can combine up to four Thunderbolt Apollos and six total UAD-2 devices — adding I/O and DSP as your studio grows. Once you expand your studio with an Apollo X rackmount unit, you can use Apollo x4 as a desktop monitor control with additional I/O and DSP power.

Included in the Realtime Analog Classics Plus Bundle

Available for download and free for all Thunderbolt-equipped Apollo and Arrow owners, LUNA transforms UA's industry standard Apollo into the most inspiring and fully integrated recording system available

Rounding out LUNA's featureset at launch is a full suite of built-in instruments and extensions, created in collaboration with the biggest brands in audio. From integrated Studer multitrack tape and genuine Neve summing, to all-new LUNA instruments from Moog, UA, Spitfire Audio, and more, LUNA bring Universal Audio's expertise in modeling, sampling, and synthesis to the forefront of audio production

LUNA is currently available as a free download for all Thunderbolt-equipped Apollo and Arrow audio interface owners for macOS only. LUNA is not compatible with Apollo FireWire or Apollo Twin USB

The initial set up with my mac was a bit of a pain but once up and running it's been a dream. Really quick and easy to use. Excellent thoughtful design that keeps the whole recording process moving.

This is the best audio interface, for recording label , It should be compatible with windows PC also, and the connection cable should be included in the pack also. I stragly to get appropriate thunderbolt 3 cable. 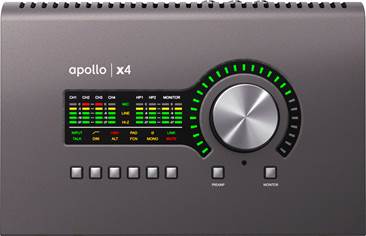 We'll get in touch when the Universal Audio Apollo X4 Thunderbolt 3 Audio Interface is available.