The Golden Age of music.

There have been many Golden Ages of music, to be fair. It really depends of what type of music you love, we suppose, but it’s fair to say that the period of time in between World Wars 1 and 2 was a creative and cultural hotbed across much of the Western world.

Guitar fans will know this as the Jazz age, when instrument builders in places like New York City created glamorous archtop acoustic guitars to play alongside banjos, violins and brass instruments in the streets and dancehalls of the world’s great cities. 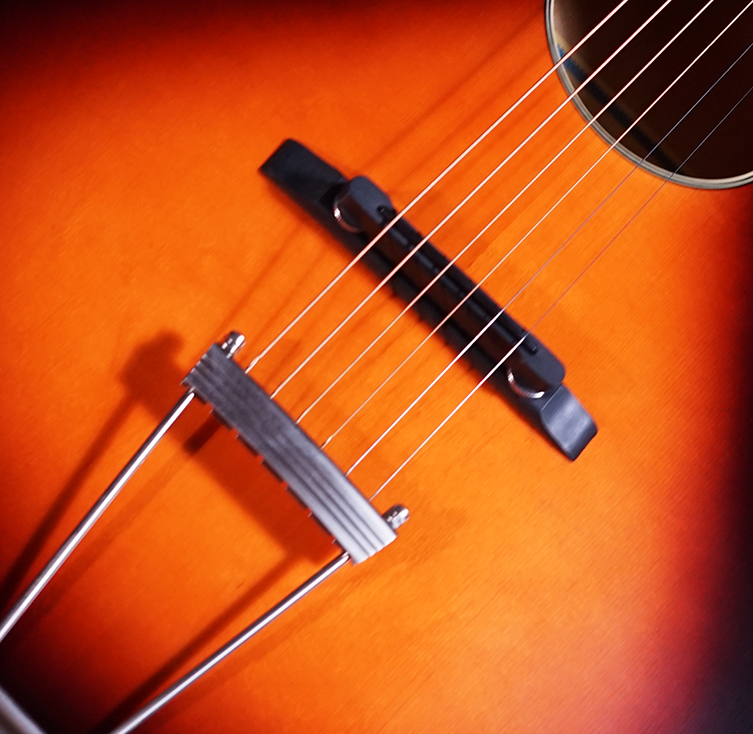 One of the main players, as you may know, was Epiphone. This great brand, originally from Greece, was one of the top dogs of the day and competed furiously with Gibson for supremacy. Their gorgeous archtops had style, performance and volume, perfect for a time before amplifiers and PA systems.

Today though, things are obviously different. We love the styling and vibe of those old Golden Age guitars, but we also need an instrument that can stand up to the requirements of guitar playing in the 21st century. We need good quality pickup systems that replicate the distinctive tones wew crave, without visually impairing the special style we seek in the first place. We also need more prosaic things like truss rods, efficient tuners and high-quality fret work.

Basically, we want a guitar to look and feel like an original from a century ago but perform like a contemporary instrument. We want the best of both worlds, basically, and we wouldn’t mind a good deal whilst we get all that. 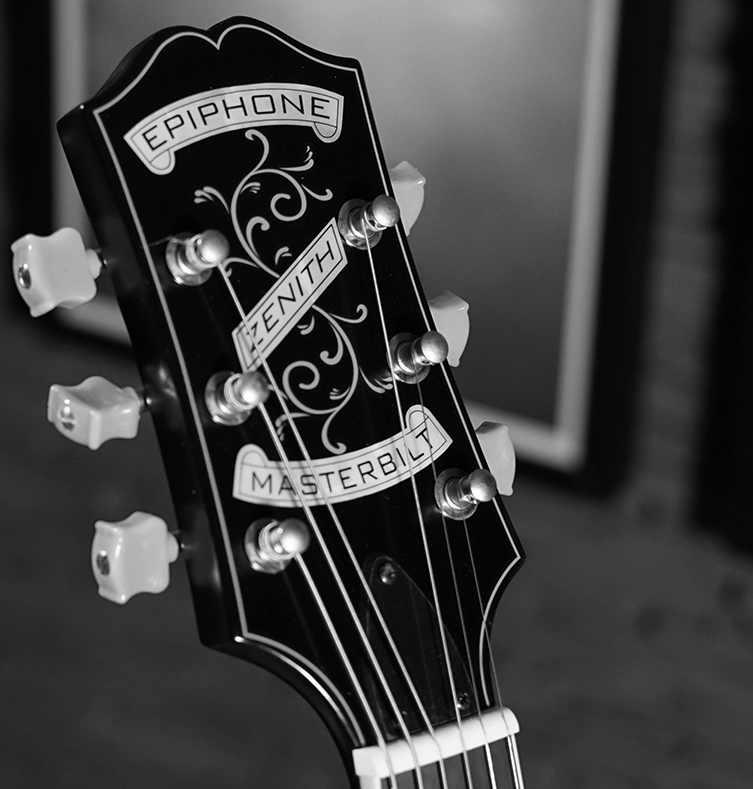 You need one of these Epiphone Century guitars then. We have two models to show you today. Both share the same high-quality features, with only a few minor cosmetic differences. Let’s have a butchers...

As we take in a good gaze at these beauties, we see high quality craftsmanship, excellent finishes and wonderful, period-referencing details. Now, there is much to admire here, so let’s begin with the woods and construction.

Both of these acoustics are built with proper arched tops, rather than having the more standard variety of flat, solid tops. This is great for feel and looks, but here’s where it gets even better: the tops are made from solid timber! Both of these guitars have solid Spruce tops, which is actually rare in an archtop that isn’t massively expensive! In fact, many expensive archtop guitars still have laminated tops! The benefit, of course, is that a solid piece of timber resonates more than a ply top, therefore carrying sound vibrations better and sounding richer as a result. Both models have a round sound hole and a deep, traditional Sunburst finish, echoing the classic archtops of the Golden Age. 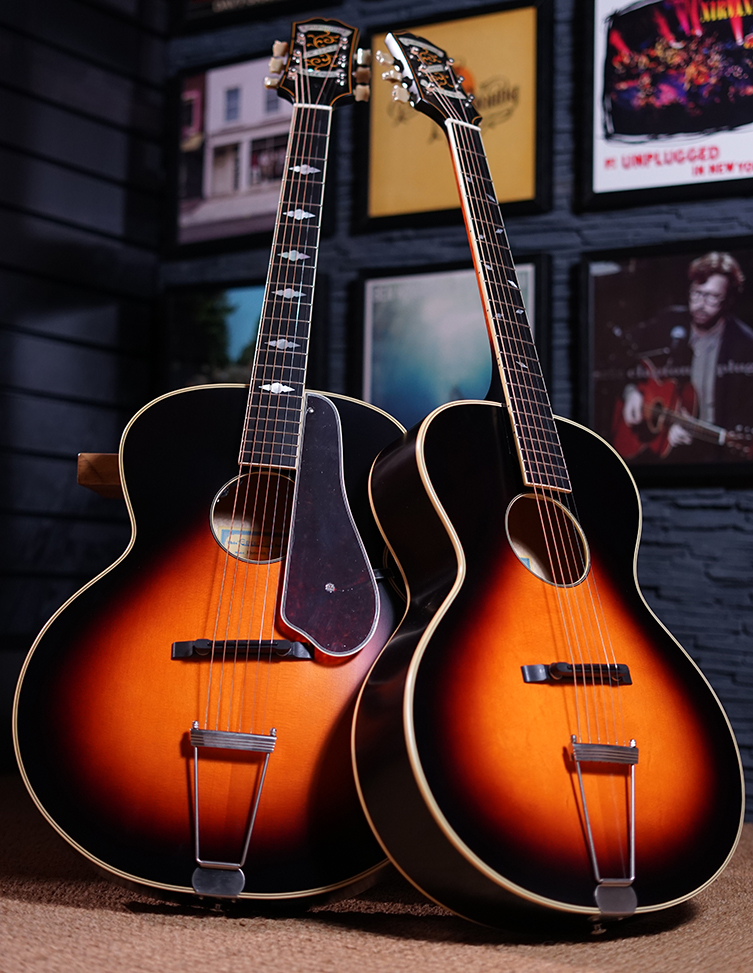 The back and sides are made with laminated Flame Maple, a beautiful and sensible addition. The most significant part of the guitar, tone-wise, is the top, so it makes a lot of sense to use laminates for the back and sides, since they are more structurally important than tonally important. This keeps costs down and brings the guitar in at a far better price, though Epiphone have seen fit to include Flame Maple for enhanced looks. 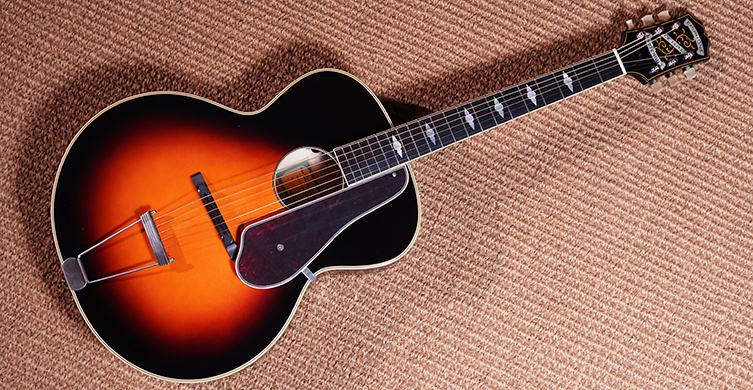 The timber quality continues! Each fingerboard is made from genuine Ebony. Ebony has a rich, dark colour and a smooth, super-tight grain, which in turn makes for a perfect playing surface. Both models today have interesting, creative inlay work, too. The Zenith Round Hole model has very distinctive Pearloid ‘Falling Snowflakes’, whilst the Deluxe model has ‘Notched Diamond’ inlays, which we’d maybe say is the more ‘Jazz’ of the two! Both look great though, especially when contrasted with the Ebony board. 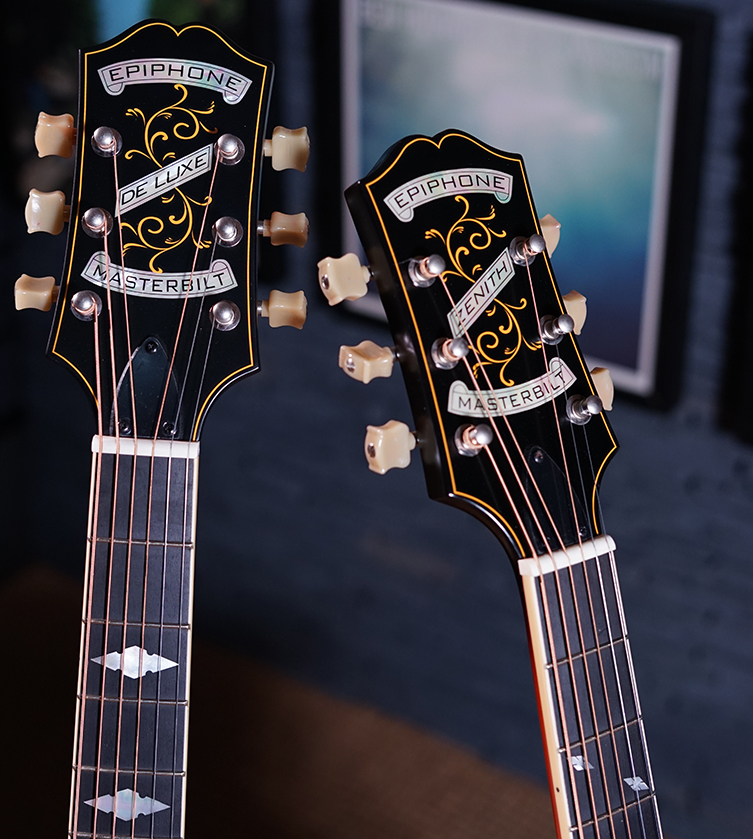 Both guitar models are made with lashings of binding: the top, back, fingerboard and sound hole of both models have one or more layers of binding for a suitably upmarket look. The pickguard of the Deluxe model (the Zenith is sans pickguard) is of a faux-tortoiseshell style, with binding on it, too! 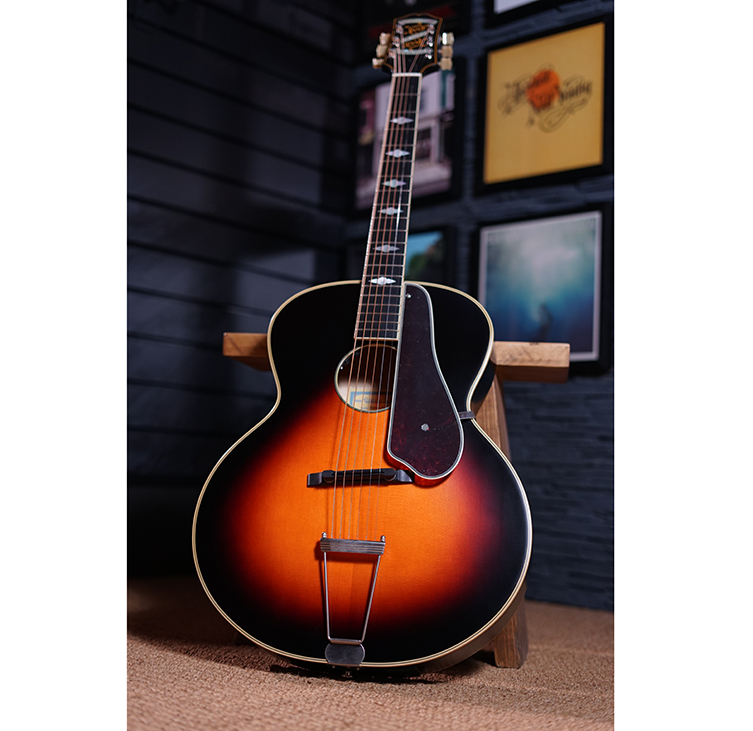 Vintage style is used in details like the retro tuners (with a contemporary-standard 18:1 ratio), a heritage ‘Banner’ logo headstock inlay and even a 30s-era replica soundhole label! This vintage verisimilitude is not only skin deep, though: the internal bracing is of the traditional longitudinal type, to make the most of the body’s interior space and push out as much volume as tone as possible. Both guitars share this build feature and it does lots to dictate the overall sound. Grab a thick plectrum and get picking those wild Jazz runs! 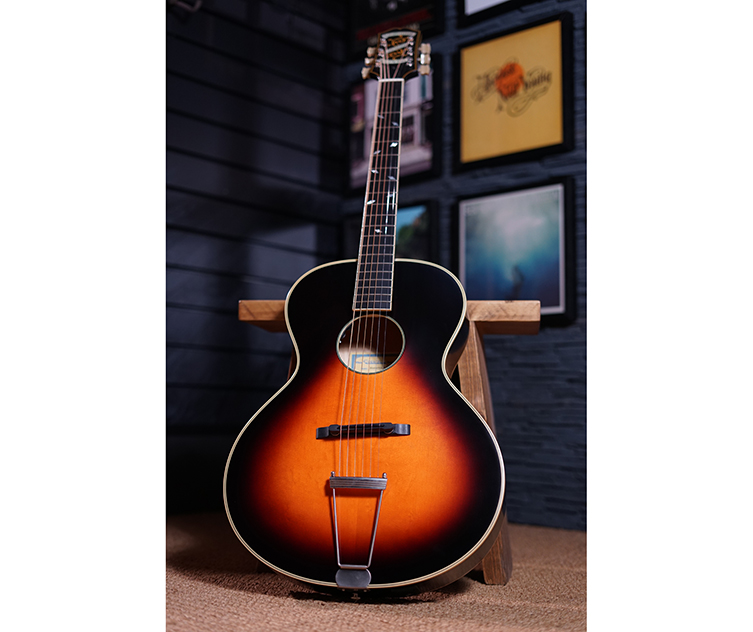 As we mentioned before, these Epiphone Century guitars are built as classically style, traditional sounding guitars, but they are built for today’s performers. This is most evident in the pickup system. Epiphone have used a combination of a Shadow Nanoflex HD pickup and Esonic HD preamp to give realistic, detailed and unaffected tone, in a subtle package with discreet controls. Nobody wants a huge control panel chopped into the side of a guitar that’s designed entirely to evoke a bygone age! We’re glad Epiphone stuck to their guns here and followed through on the design ethos. Both guitars feature this pickup system, making them immediately ready for the stage. You’ll look great and sound great, too.

We think the character and personality on evidence here with these two guitars is pretty staggering, especially when you consider just how affordable they are! You can enjoy an agreeably authentic playing experience without giving up modern reliability. You also get a killer ‘plugged; tone too! Do you play acoustic Blues? Or Americana? Or any folkier, rootsier style? These guitars will speak to you as much as they undoubtedly will to the Jazz fans and retro-rockers. Try something new by trying something old: try one of these great Epiphone Century guitars.