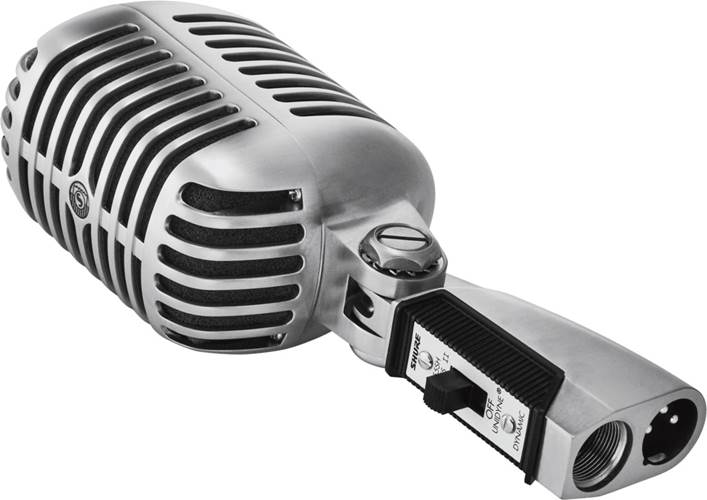 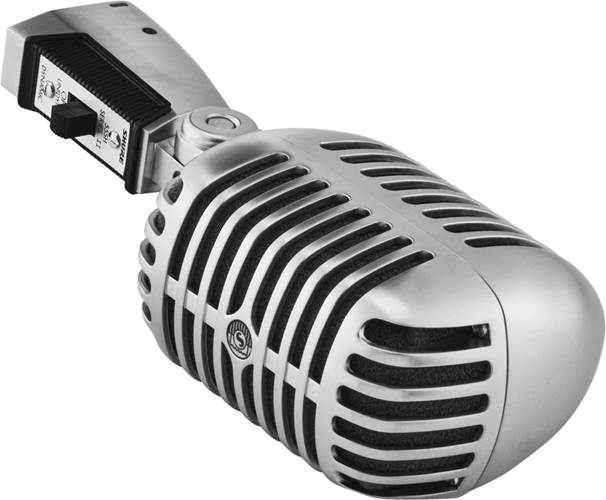 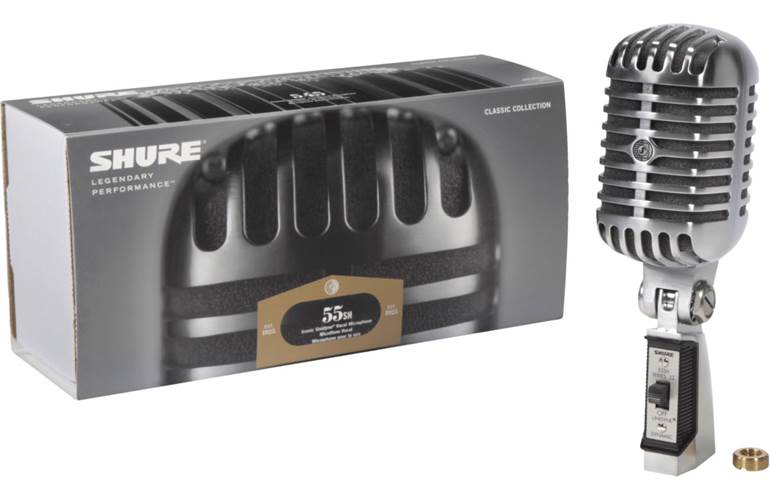 If you want to capture a classic look, you need the equipment to match the genre. Nothing completes the style quite like the 55SH Series II, a microphone that has been gripped by legends for decades. Others may imitate, but none can duplicate the form and function standards that Shure has held from our first Unidyne mic to our latest.

Built on the hardware of our seminal Unidyne 55 microphone, the look of the 55SH Series II transports you to a classic era. Whether you recreate the broadcasting golden age or sing with the hip-swinging swagger of the birth of rock n’ roll, this is the mic that makes the scene.

A standout on any stage

The cardioid directional pattern captures the exact sound you want, regardless of acoustic environment. So it’s perfect for live performance in a variety of venues.

The shock-mounted cartridge minimises stand noise. So swing while you sing. It can handle the motion.

Microphones get dropped, tossed and knocked around. We know. We’ve been making them for nearly a century. It’s why we built the 55SH Series II with a rugged, die-cast casing, so it’s always ready for the next show.

We'll get in touch when the Shure SH-55 II Classic Microphone is available.