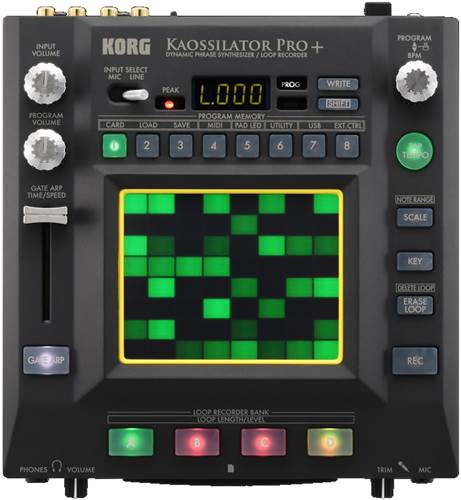 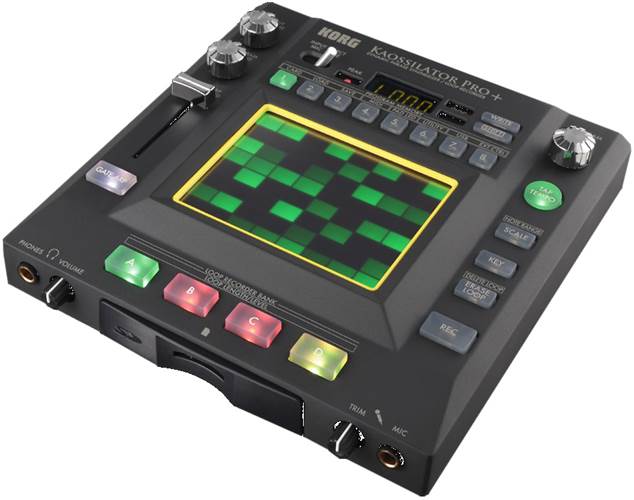 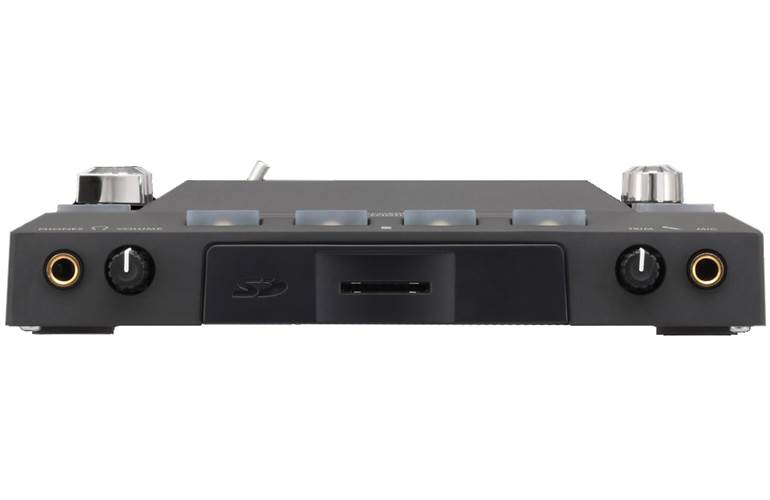 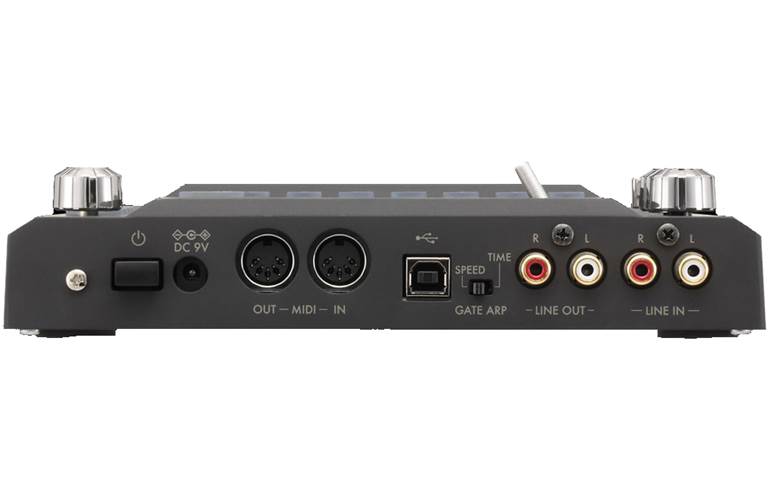 Order before 3PM for FREE Delivery on Tuesday

The Kaossilator Pro+ is an intuitive synthesiser which allows you to make music through a user friendly touch pad. Hailing from a long line of Kaoss pads, this is Korg's most advanced yet. Utilising the technology that made previous models such an instant success, the Kaossilator Pro+ is not only an extremely powerful instrument, it's also really easy to just pick up and use.

Even if you don't have any experience playing a keyboard or another synthesiser, the innovative design of the touch pad means that you can still use the Kaossilator to its full potential. Its key and scale mode set out the notes that are in key with what you're playing and make them easy to select and use within your groove. These are pretty in depth and pick out notes and scales that even the most advanced musicians could struggle to think of!

The Kaossilator Pro+ is also a great tool for live performance. The 16 beat loop recording function allows you to build up loops and overdub them, creating your own beats off the cuff. Its bright LED lights and large touch panel make it easily accessible and it's very compatible with other tech, so it'll fit in well with your existing setup. It's really enjoyable to play with and utilised in a live situation the possibilities are almost endless!

Packed with 250 sound programs which cover a whole range of genres and instruments, the Kaossilator is a really advanced and innovative addition to the family. It stays true to all of our favourite things about the Kaoss Pad series with a whole load of additional features which make it even more of a pleasure to play. Also well built and user friendly, the Kaossilator Pro+ remains just as innovative as the original was.

Features
A Freely Playable Synthesizer
The unique interface allows musical melodies and phrases to be played with ease by simply stroking, tapping, or rubbing the touchpad. Horizontal motions control the pitch; vertical motions control aspects of the tone, such as filter cutoff, feedback, or modulation depth. The intuitive design and flexibility of the touchpad allows users who are not keyboard players to perform easily. Users can create performances that are rich with tonal changes that could not be produced on a conventional keyboard instrument.

A total of 250 sound programs
The KAOSSILATOR PRO+ is packed with the cutting-edge synth sounds that you have come to expect from Korg. There are 50 additional programs in the KAOSSILATOR PRO+, bringing the total program count to 250! 62 of these sounds are drawn directly from current musical genres, including familiar and extremely useful leads, and synth basses, along with sound effects for DJ use. Of particular note are the 26 drum sounds that have been especially enhanced. Updated drum PCM includes sounds from the acclaimed Wavedrum percussion synth for even greater performance variety.

With just a single KAOSSILATOR PRO+ you can perform hip-hop, chiptune, house, dubstep, new disco, electro, reggaeton, drum 'n' bass, plus international styles such as rock and bossa nova. or create your own genre!

Loop Recording function allows intuitive performance and track making
Loop Recording can be set for up to four measures (16 beats.) Performances on the KAOSSILATOR PRO+ can be recorded into any of the four onboard internal Loop Recorder Banks. By adding (overdubbing) additional sounds one at a time, you can create amazing looped phrases that range from minimal to fully orchestrated. The four banks can be combined for virtually infinite performance possibilities. Each of the four loop banks can be muted or un-muted, its volume adjusted, and its loop length changed, making live performance easy for anyone.

The KAOSSILATOR PRO+ provides line inputs and a mic input to allow for the recording of external audio sources as well. This makes it easy to add a vocal, or audio from any external device to any loop phrase created on the KAOSSILATOR PRO+.

Unlimited performance possibilities
Musical Scale, Key, and Note Range help create musical performances Even if you've never played a musical instrument, the KAOSSILATOR PRO+’s Key and Scale features ensure that the notes being played will match the song being performed. Use the Key setting to specify the musical key or “root.” Choose any of 35 scales, ranging from popular scales such as chromatic, major pentatonic, and minor blues, as well as unusual scales such as Spanish, Ryukyu, and Raga. By using both the Key and Scale settings to match the song, you can play perfect solos without a single wrong note. In addition, the Note Range allows you to specify the range of playable pitches. You can set this to a narrow range to ensure that melodies will be played accurately as you intend, or to an extremely wide range to allow unexpectedly dynamic and unconventional phrases to emerge.

The Gate Arpeggiator function lets you control phrases with complete freedom. The built-in gate arpeggiator patterns can automatically generate phrases and beats by simply moving a finger across the touchpad. Use the slider to change the gate time and gate speed in real time for cool performances.

Pad LEDs ensure excellent visibility even in the dark.
The pad LEDs light up along the path of your finger, letting you play without difficulty even on a dimly lit stage. The four loop recording LEDs have been changed to a more intuitively obvious illumination pattern than on the Kaossilator Pro, and now light red during recording and green during playback.

Highly expandable: USB MIDI, SD/SDHC card support, and dedicated editor software
With MIDI IN/OUT jacks and a USB port, it's easy to control external MIDI devices. Loop data and user settings such as programs can be stored on an SD/SDHC card. There's also the KAOSSILATOR PRO+ Editor* which provides librarian functionality for your loop data as well as a MIDI assignment editor. * Runs on Microsoft Windows XP (SP3 or later) / Vista (SP2 or later) / 7 (SP1 or later) / 8, and on Mac OS X 10.5 or later. *This will be available for download free of charge from the Korg website.

Serious fun and easy to use 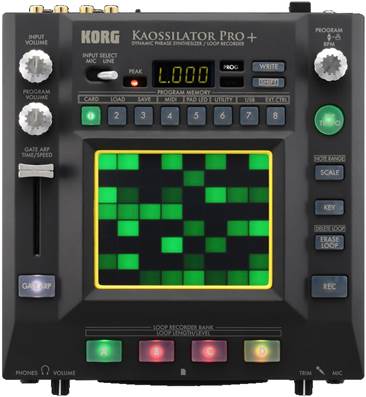 We'll get in touch when the Korg Kaossilator Pro+ is available.