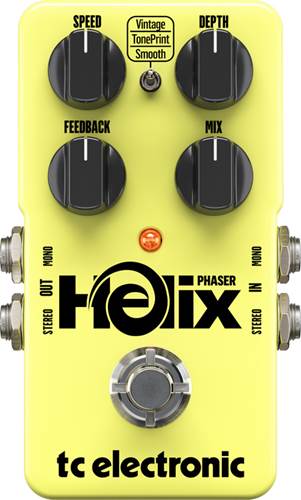 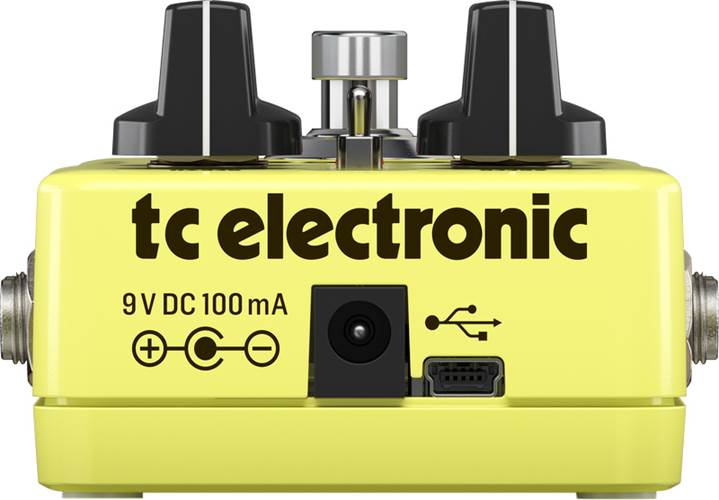 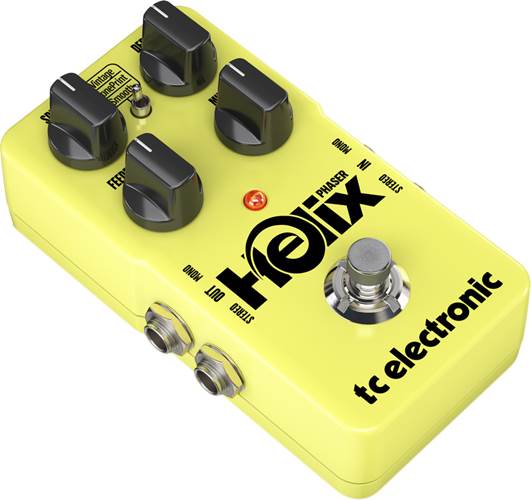 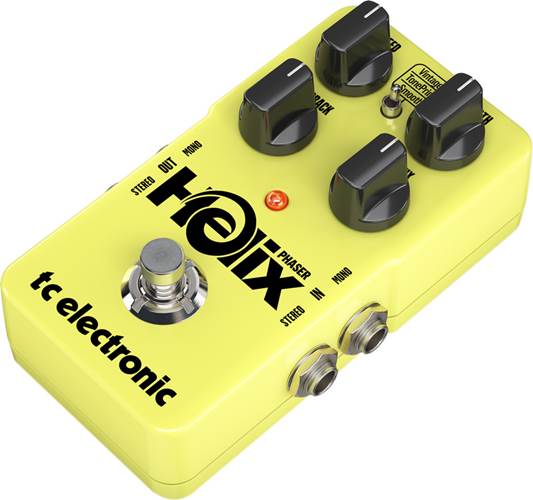 Order now for Delivery on Monday 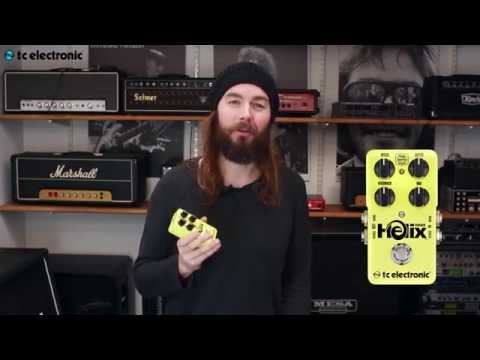 No you're not hallucinating, the Helix Phaser has finally landed and it's ready to take your tone to new inspiring heights with all the massive mind-bending swooshes and swirly goodness you could possibly desire. But be warned! Once you turn this pedal on, you may never want to turn it off again.

Tons of guitarists throughout history have sworn by phasers as their secret tone weapon. It's an effect that's helped define countless legendary records within the world of pop, rock, metal and indie and once you kick in Helix Phaser, you'll know why! With its extensive set of controls, the Helix Phaser enables you to dial in everything from vibrant vintage-sounding Gilmour swirls, big and bold Van Halen sweeps to more modern phaser tones a la Smashing Pumpkins and Radiohead. Now add True Bypass and Analog-Dry-Through to the mix and you have your new favorite sonic drug.

You know we can't release anything without putting that certain TC twist on it. So instead of making a simple set-it-and-forget-it phaser, we went ahead and created the most flexible and versatile phaser ever. You'll get everything from subtle sweeps to massive sonic bends straight out of the box, but hook it up to our free TonePrint Editor and all that's left to say is HOLY MOTHER OF TONE! Tone-tweaking paradise awaits, with only the sky and your imagination as the limit.

As if the freedom to completely create your own dream phaser from the ground up via the TonePrint Editor wasn't enough, you'll also get instant access to amazing recreations of some of the most legendary phaser units ever, plus custom-tuned phaser sounds created by some of music's finest via the free TonePrint App for Android and iOS. Now this may sound trippy, but trust us, it works! You just have to beam it to believe it!

Excellent pedal from TC as are most of the others I have. Build quality is first class with sounds to match. Highly tweakable too with the Toneprint software. Value for money is well above other phase pedals in my opinion.

Great product, typical TC quality with masses of options via the Tone Print app and downloads.

Fantastic piece of kit..Luv It

We'll get in touch when the TC Electronic Helix Phaser is available.