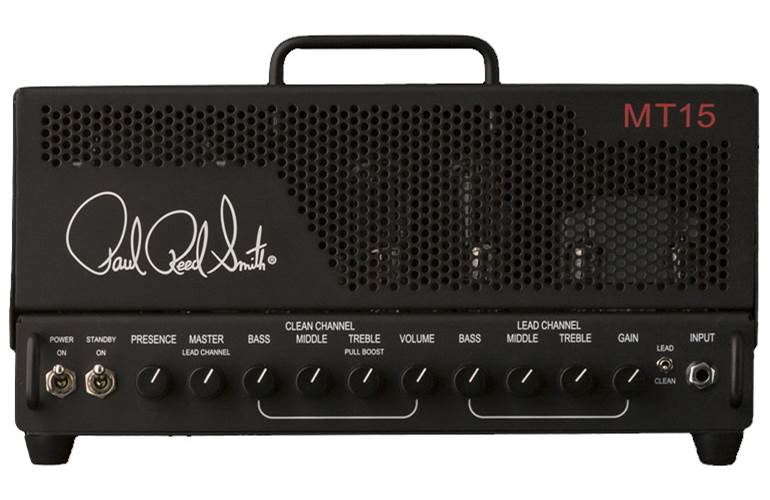 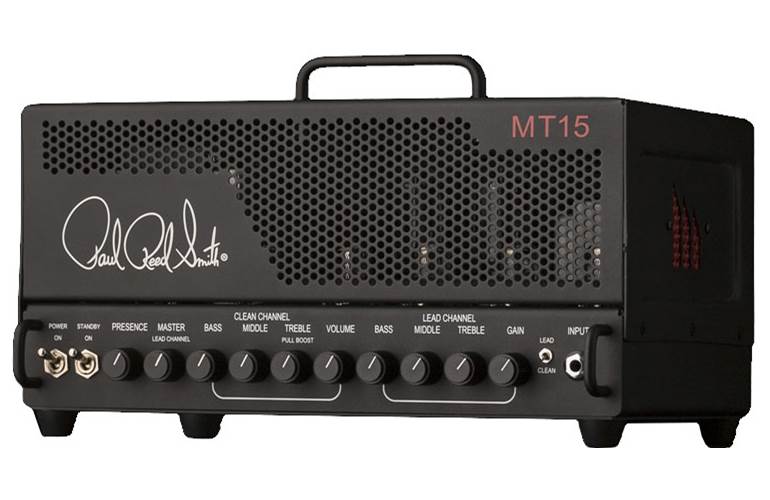 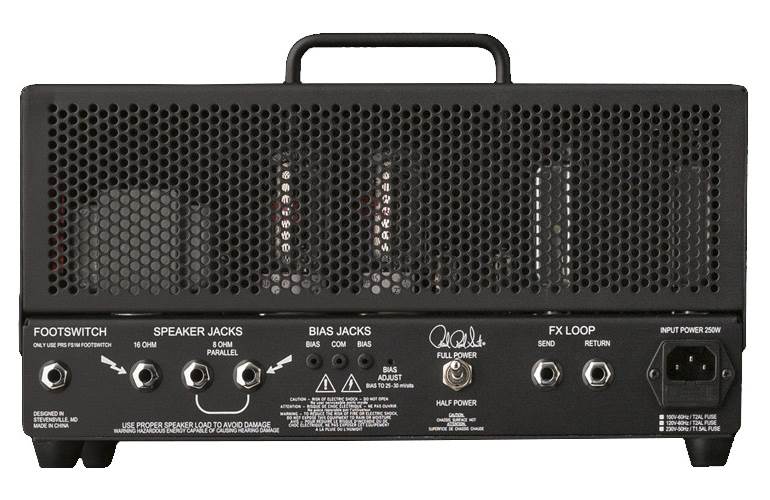 Mark Tremonti has proved through example how well he can dial in killer tones. From his early days with Creed through to his enduring rock/metal days with Alter Bridge and indeed his solo work, Mark’s tones have always been exceptional. His clean sounds sparkle and his crunch tones are monstrous! Mark brings all of this taste and experience to his new signature amp, a collaboration with PRS.

The MT15 is a compact, low wattage head with two channels. Even though the emphasis is on hard rock, there is a lot of versatile tones on here to use and enjoy. This is a true valve amp and is powered by mighty 6L6 tubes with 6 12AX7 preamp tubes.

Each channel has its own EQ section so you don’t have to compromise one channel’s EQ for the benefit of the other. The clean channel lets you dial in the perfect EQ curve and enjoy a sweet and clear tone that stays that way as the volume increases. A pull function on the Treble knob lets you boost the signal to coax it into natural overdrive, a handy and tasteful feature for Blues and other roots-genre players.

The drive channel has a whopping five gain stages, all before the Master so you can dial in the exact amount of desired distortion at any volume. This thing has a lot of gain! Modern crunch and metal tones are a breeze on this amp but so are 70s rock sounds and 90s grunge tones.

Riffs and leads fire out of this with real conviction: we can see this being a very popular studio/recording amp because the sounds are spectacular across the board. Quieter rehearsals will be possible too and there’s a power switch to bring the 15w down to 7 for not only less power but a different feel and response.

This awesome package is completed with an FX loop on the back as well as bias controls for the amp’s tubes. Fans of rock and metal will not be disappointed by the MT15.

The MT 15’s design started with heavier players in mind, but in the end, it has a lot to offer players of all genres. Like the PRS Archon amplifier, the MT 15 features five gain stages before the Master for full, lush distortion. The gain channel gets big, chunky tone with massive, tight low end, never losing its articulate note definition or great lead tone. The clean channel is bright and chimey, good with chords and fingerstyle playing – whether with a pick or not. The clean channel also features a push/pull boost control that adds a little overdrive for old school crunch. No matter what tone you dial in, the MT 15 stays balanced across the spectrum with a sweet, smooth tone that won’t bite your head off.

Additional features include an effects loop and bias adjusters that are accessible from the back panel for ease of servicing. Despite its 15 watts, the MT 15 sounds more like 50, so a half power switch that takes the MT to 7 watts is a welcome edition. Bottom line, the amount of features, the hugeness of the sound, and the raw horsepower of the circuit make the MT 15 an impressive lunchbox hero.

Good, raucous little valve amp. Way too much gain, and not enough headroom for real sparkly cleans unless used with low output pickups. Sounds best when gain kept low and input poked with a tubescreamer or similar. It is as loud as reviews say. Running mine through an attenuator for bedroom volumes. Not the most flexible of amps, but does compare well against heads twice the price.

I love the amp. Was everything I wanted and expected it to be. Clean tone is very nice. Nicest of any amp I have/had. Overdrive is meaty and obviously designed for metal. For 15w it is very loud. 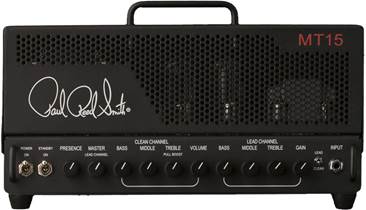 We'll get in touch when the PRS Mark Tremonti MT15 Signature Head is available.