Every guitarist, at one point or another, fantasises about owning a genuine Martin acoustic guitar.

As we all know, the world’s favourite acoustic guitar design, the dreadnought, is a Martin invention. X-bracing, the predominant inner-body construction blueprint for great acoustic tone, is another Martin patent. Martin’s ‘dovetail’ neck joint is yet another one to add to the pile of innovation that Martin have contributed to the world of guitars, too.

There is a mythos surrounding the Martin acoustic guitar, for sure. Whichever model you go for, it is infused with that real 19th Century American heritage. ‘Pre-War’ Martin models from the 20s and 30s are widely thought to be the greatest acoustic guitars on the planet. 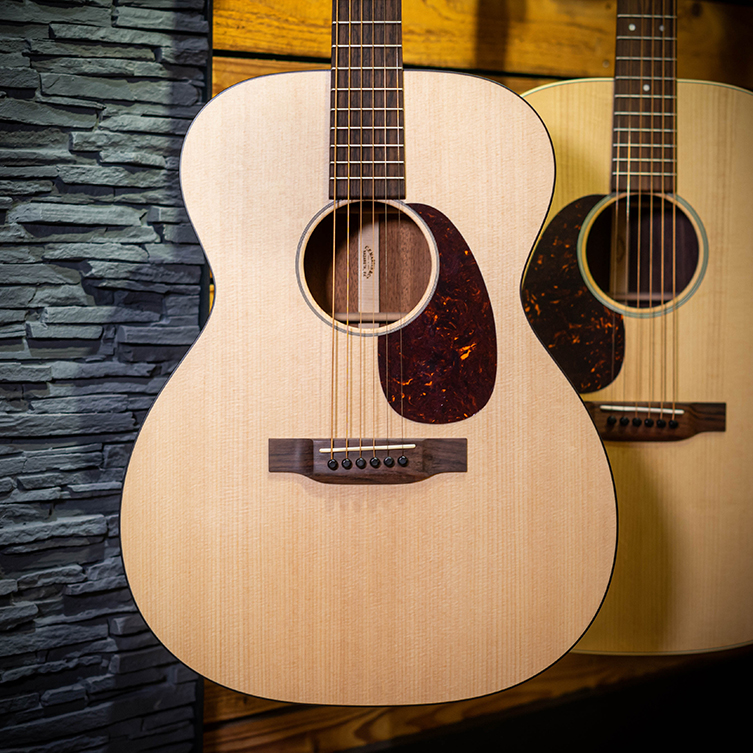 The heritage continues today of course, with Martin making a full range of models, both traditional and contemporary. Owning a ‘full fat’ Martin, i.e. one built in Nazareth, Pennsylvania (rather than the more economical Mexican-made models) can be a relatively significant financial proposition, as is frequently the case with expertly made, American instruments. Quality isn’t cheap, and Martin guitars are most certainly quality!

Back in the 30s, when the Wall Street crash occurred in the US, Martin created the ‘15’ range, in order to produce a more affordable guitar without cutting back on quality. At that time, Mahogany was the least expensive and most available tonewood. Thus the 15 series, or ‘Depression era’ Martins, were made entirely of Mahogany, and with minimal decoration. They were designed to be as utilitarian as possible, but the unexpected bonus was that guitar players loved the sound they made! A classic series was born, with Martin building 15 Series guitars in dreadnought, 00 and 000 sizes.

Fast forward to today, and Martin continue to build their popular 15 Series guitars. Not only that, there is a special model available right now, the appropriately named 000-15 Special! 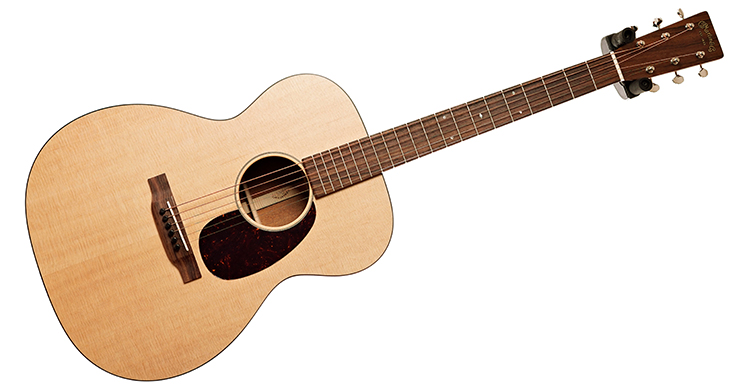 This USA made guitar follows the tradition of the 15 Series by having a solid Mahogany back and sides. What makes this guitar ‘special’ is the solid Sitka Spruce top! This adds brightness and clarity to the guitar’s tone. This model is a 000 14-fret model with no cutaway, so it’s quite historical in its design. The 000 size is perfect for fingerpicking, so folk fans and other fingerstyle players will more than enjoy the single note clarity. Chordal strumming is rich too, thanks to the Solid Mahogany back and sides. This is helped along by the traditional X-bracing inside the body.

This is an American made Martin acoustic guitar that can really hold its own against other designs. You get a 25.4” scale length here, with a 14th fret body join for a snug, intimate feel. The neck itself is joined to the body using Martin’s famous Dovetail neck joint, and a set of simple diamond fret markers and black body binding are the extent of the guitar’s bling. We love this stripped back look: it’s very appropriate for Martin, who (outside of custom one-offs) tend to eschew overtly ornamental ostentation.

Best of all, this is one of a very small selection of all-solid Martin guitars that are currently available for under a grand! Yes indeed, that dream of owning a bona fide Nazareth-built Martin has just become much more attainable! The Martin 000-15 Special is a limited release model, so we cannot guarantee repeat deliveries. Treat yourself, and allow yourself to become part of one of the richest guitar heritages in existence.