Overdrive is a big subject for guitarists.

The more you look into it, and the more you try out different pedals, the more you discern what you like, what you don’t and how each flavour of dirt affects the response from your playing. You begin to get fussy about natural compression, headroom, mids, specific chips used in circuit boards and much more. 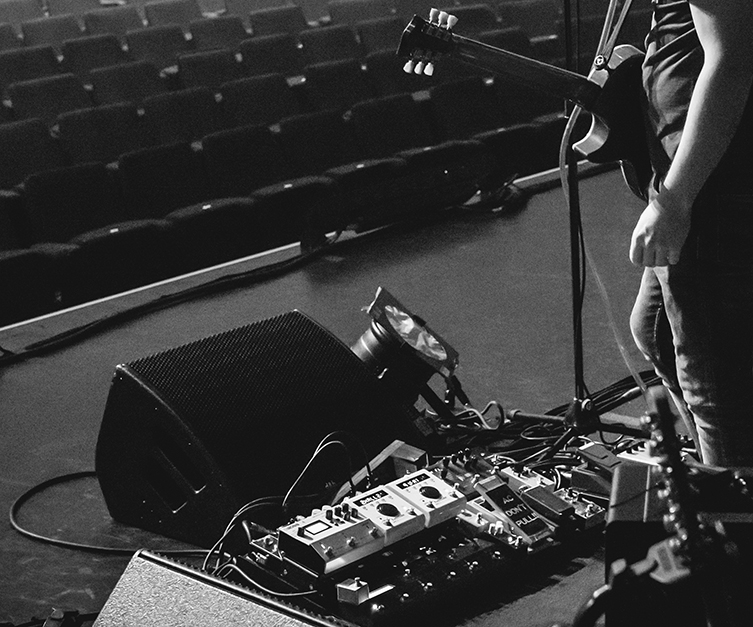 It goes waaaaay beyond preferring buffered or true-bypass switching. You begin to develop a taste, and a set of preferences and expectations.

Overdrive pedals, like bottles of fine wine, are produced plentifully, with many makers describing what they offer as being the ultimate collection of tonal ingredients to deliver the perfect sonic experience.

Overdrive is a big deal!

Interestingly, it often seems to have nothing to do with price, either. Whilst we understand that a used Klon Centaur (drool) will attack your bank account for (sometimes) four figures, there are as many players who swear by their Electro-Harmonic Soul Food or BOSS Blues Driver.

Whatever works for you, works for you! Is a TS9 Tubescreamer really better or worse than a TS808? You tell us. It’s all in the ears and hands of the beholder, but there is one reasonably recent boutique Overdrive that has been wowing discerning gain-freaks...

The TIM overdrive, designed and built by Paul Cochrane, has been successful because of it’s sheer handiness. It offered (past tense, it’s no longer made) a very malleable, adaptable overdrive that seemed to just fit into your sound and dirty it up a little, without overtly altering your hard-earned tone! Prized tonal properties like touch and dynamics were left unscathed, making this a valuable tool for players looking to retain the individual personality.

The original TIM featured a boost switch, too. Then a smaller version with just the OD came around, named the TIMMY. Same sound, smaller footprint, like so many manufacturers are doing now. This proved even more popular! For pedal enthusiasts, the TIMMY became highly sought-after. 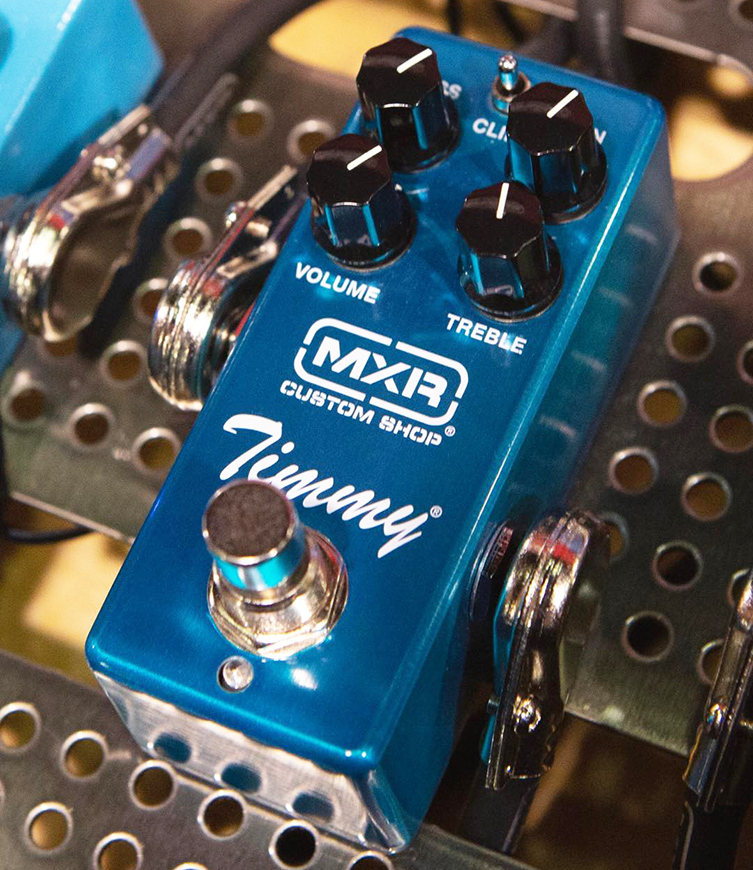 That is the history, legend and preamble of the TIMMY drive which brings us to today. MXR’s Custom Shop have teamed up with Paul Cochrane to produce a new, more easily available TIMMY drive, with all of the tonal versatility and benefit of the original.

MXR are showing extremely good taste at the moment: many of their recent OD pedals have been collabs with some of the best pedal brains in the world. MXR never put out a bad product, let’s be honest, but these recent creations deserve to be modern classics. 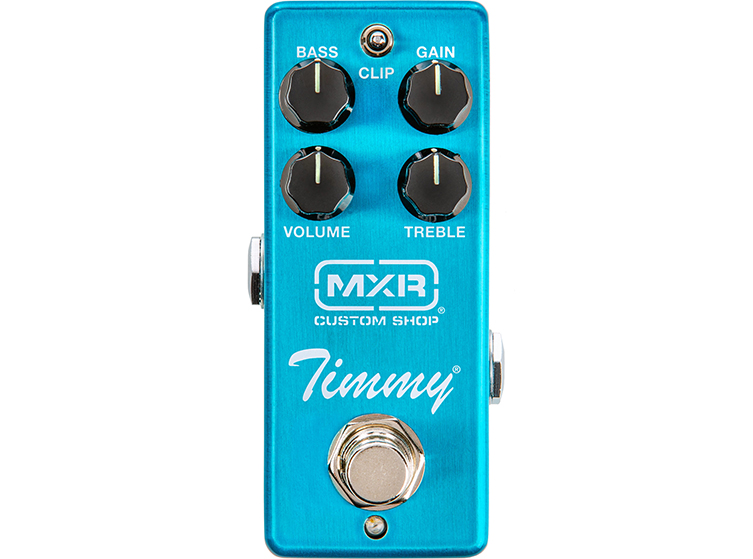 So, the MXR CSP027 TIMMY brings plenty of that transparent gain to your pedal board. Unlike most overdrives, the TIMMY actually can give you a proper clean boost, as well as audible graduations in gain from low and crisp to moderate and gorgeous. There’s a lot of texture available, and every setting seems to be the result of a decision rather than a happy accident. This makes you feel that when you sound good, it’s down to you, not a device.

The MXR TIMMY doesn’t mess around with your mids (either adding or taking) and does not add a layer of compression to your sound, the way certain other famous overdrives do. Significantly, we think the TIMMY behaves really well when stacked with other dirt pedals. We’d recommend sticking it after a fuzz pedal actually, which is maybe not what you’d automatically do, but we think it’s amazingly effective!

Do you need another overdrive pedal? Well, yeah, you probably do, since tone is a never-ending quest! The original TIMMYs are almost never up for sale second hand, and it would be a shame to miss out on such a tasteful and useful pedal, especially when MXR have 100% nailed the sound, character and behaviour of the original circuit. It really is a benefit to most of your tonal applications, so we recommend the TIMMY without any hesitation.