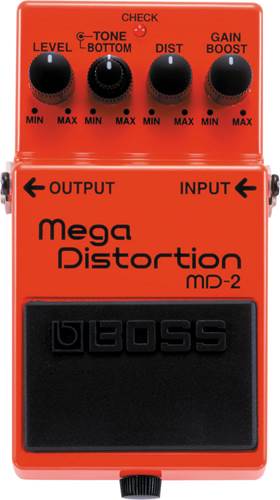 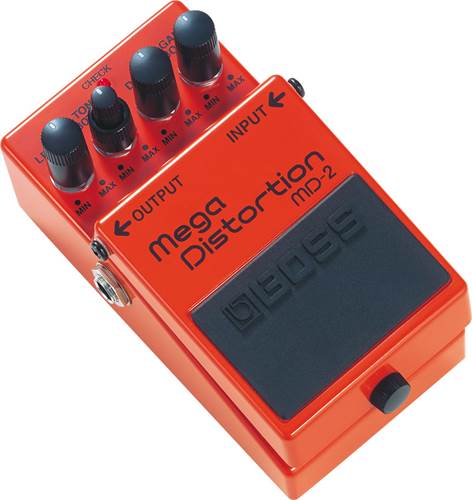 For players looking for uber-heavy distortion with a gigantic amount of bottom end, the MD-2 delivers quite dramatically. Underneath its fiery red chassis lies an unearthly amount of extreme overdrive with a separate gain boost to send your signal most certainly to the dark side.

The new Bottom control dials in an unfeasible degree of bass to your tone: it's worth going easy on this control, such is the level of subterranean thump on offer. It hopefully goes without saying that 7 and 8 string guitars will find plenty here to sink their teeth into!

Something that calls itself Mega Distortion shouldn't be subtle and this most certainly isn't but it's high quality, face-ripping distortion is huge fun to play with and modern prog-metal Djent players will definitely get results with this.

The MD-2 Mega distortion takes the bottom-heavy distortion sounds heard in today's new-school metal and pushes it to the extreme. The secret is a special dual-stage distortion circuit with an added gain boost-plus new Bottom and Tone controls--for crushing distortion with massive low end. Take your distortion into the future with the MD-2.

We'll get in touch when the BOSS MD-2 Distortion is available.