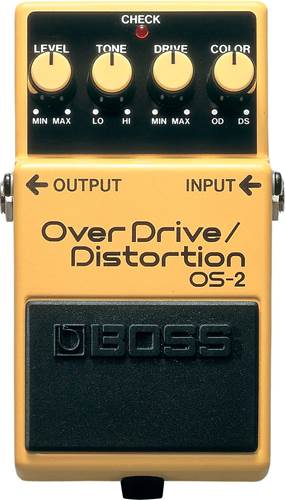 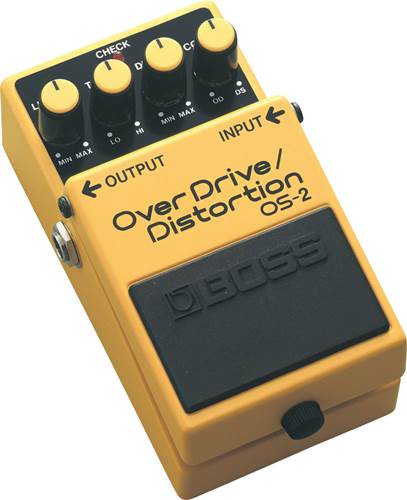 Overdrive? Distortion? Which one to pick? Well, why not have both? The OS-2 form BOSS is a combined overdrive/distortion unit with a large degree of flexibility. Let's be clear: overdrive and distortion are largely the same thing. In terms of description, distortion tends to be more clipped, compressed and heavier whereas overdrive tends to be milder and less 'forced'. This pedal has a very wide range so you can wind it down for an organic drive or wound up for a more aggressive, saturated distorted tone.

All of BOSS's compact overdrives and distortions clip the signal in different ways, resulting is different tonalities. With this in mind, we'd advise trying a selection with a variety of settings: let your ears decide what works for you. However, if you want one pedal to see you through a range of overdrive levels and intensities, the OS-2 is a very sound choice.

The OS-2 gives players a choice of overdrive or distortion or lets them combine both--all in a single compact pedal. Its distortion maintains the subtle nuances of single-coil guitar pickups.

The best machine, as I expect from BOSS.

Boss Compressor CS-3 is a great pedal and I have had no issues with it at all.

brilliant service placed my order one day and recieved it the very next day (&amp; so close to christmas too) need more companies offerering this excellent customer service

We'll get in touch when the BOSS OS-2 Overdrive/Distortion is available.