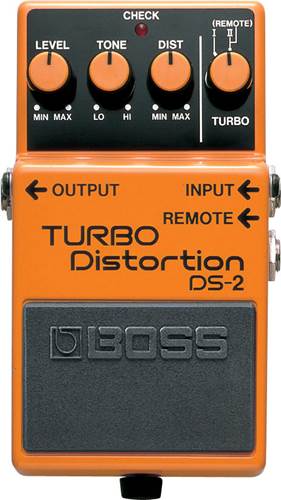 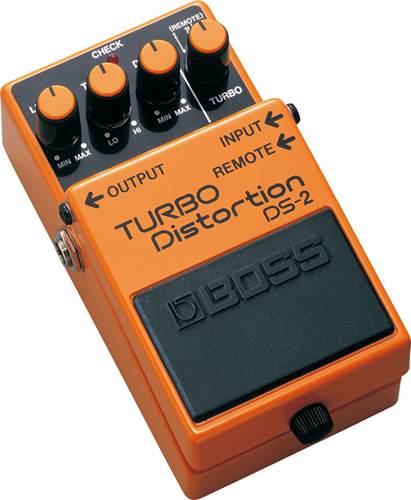 For those players who love the DS-1's bite and attack but feel like they could handle even more gain, the next logical step will be this DS-2 Turbo Distortion. With two separate modes (footswitchable with an optional extra BOSS FS footswitch, available separately) that take you from relatively laid back distortion to a searing lead tone with tons of bite, sustain and mids, you can conceivably get all of your classic rock tones form this one pedal! There's a lot of pedal here for not a whole lot of outlay.

The DS-2 Turbo Distortion features twin modes for an expanded range of distortion--taking users from blues-rock rhythms to searing leads at the press of a pedal or twist of a knob.

Not one fault with it, very good product!!

We'll get in touch when the BOSS DS-2 Distortion is available.