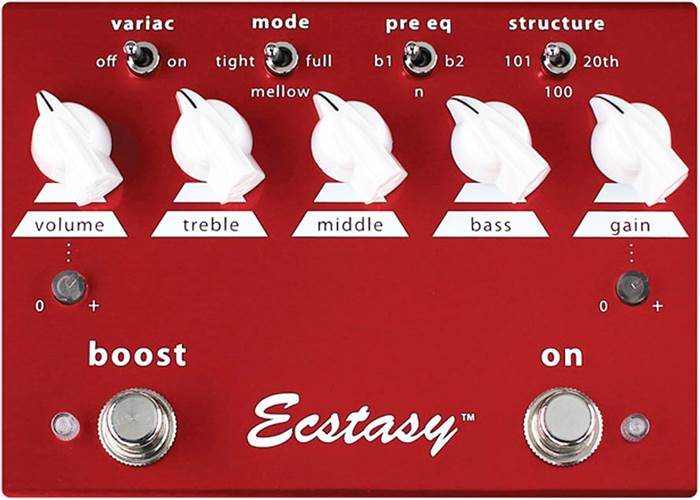 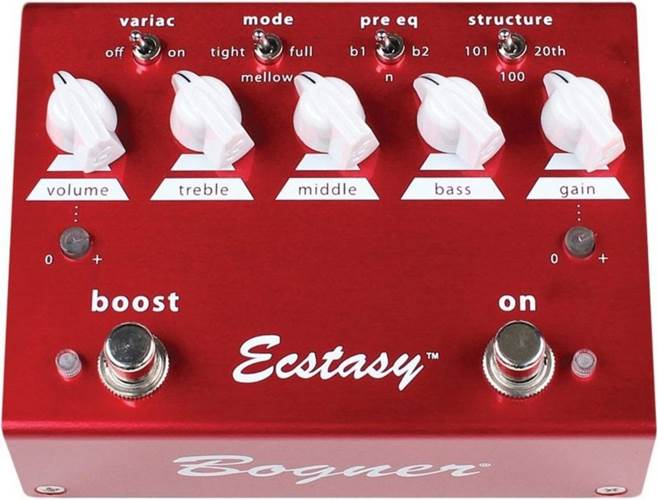 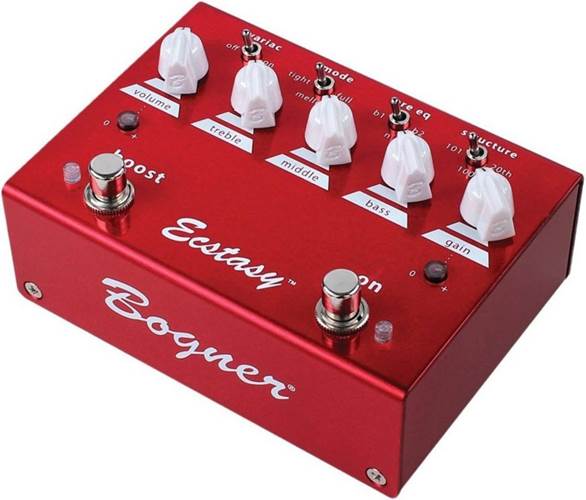 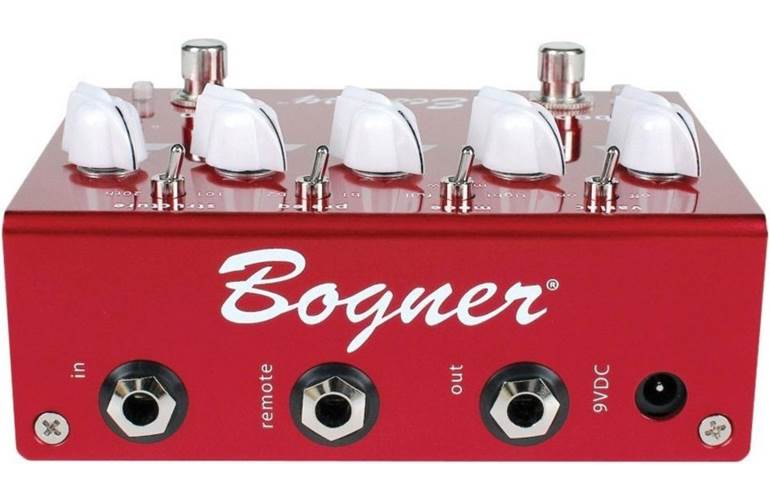 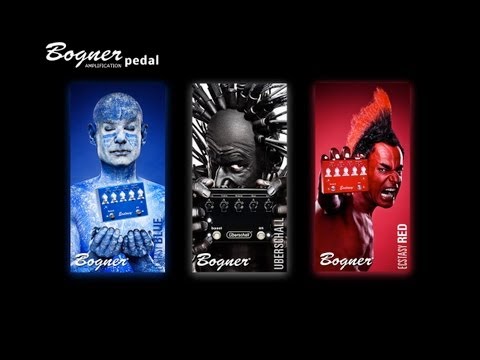 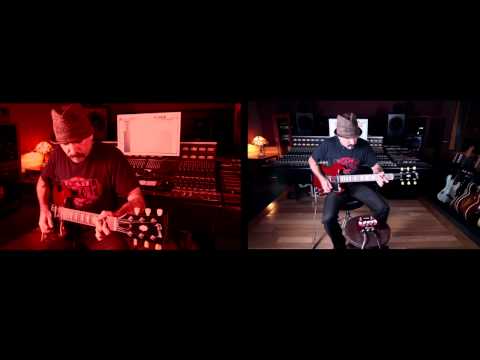 The Ecstasy amplifier was born in 1992 and decades later Bogner is still hand building each amp, one at a time, in Los Angeles, California. The Ecstasy red pedal captures the mystical red channel tone of this legendary amplifier, famous for its incendiary higher gain crunch and lead tones. Using interactive controls to adjust gain and EQ settings, the red pedal delivers a wide range of expressive tones from vintage overdrive to ripping modern high gain. Ideal for aggressive playing styles, the red pedal boasts the outrageous heavy tones that get Bogner amps into the backlines of rock’s most notable players.

Reinhold designed the Ecstasy red pedal with five discrete Class A gain stages and with no op-amps or diode clipping, mirroring the circuitry of the Ecstasy amplifier’s red channel. This revolutionary approach provides clarity, touch sensitivity and note separation never before achieved in overdrive pedals.

Great great tones, easy to use but.... small dip switches have little or no impact on the tone (except variac, really audible) . Overall a good product.

Excellent pedal. Probably seems expensive, but is worth every penny so far.

The bogner red pedal sound amazing. Great tone and build quality as with all bogner products.

Pedal is excellent once I had ironed out an initial problem. 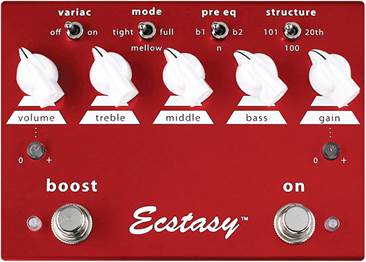 We'll get in touch when the Bogner Ecstasy Red Pedal is available.