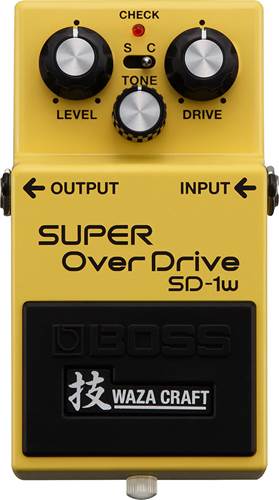 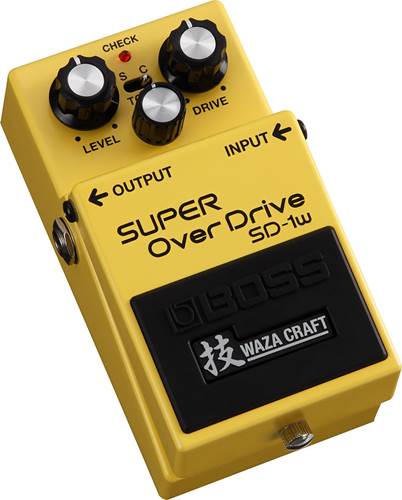 Order before 3PM for Delivery on Tuesday 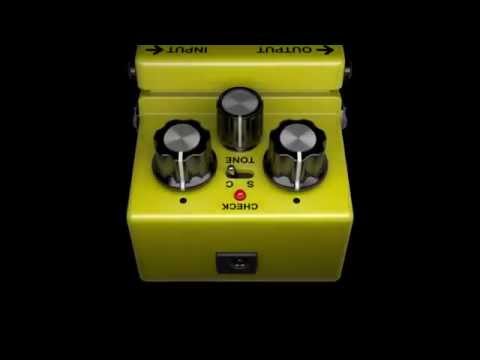 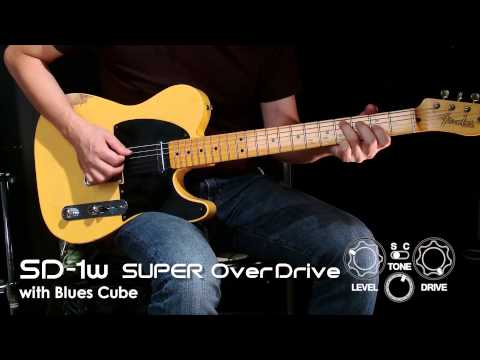 Boss's Waza Craft line is an exclusive group of the most popular Boss pedals, taken by Boss Japan's engineers and developed further to provide the 'ultimate' version of that particular pedal. Waza in English translates as either "art", "deed", "performance" or "technique" depending on it's usage and context but any of these make sense when applied here!

The Waza SD-1 builds on the enduring success of the classic original by using optimal analogue components to build a premium pedal that delivers everything you love about the SD-1 plus an extra Custom mode (accessible from a mini switch on the face of the pedal) that gives more low and and a higher gain level.

This is an overdrive pedal that will remain on your board for decades! It is such a useful 'go-to' for so many musical occasions that you'll find it's more often on than off.

Waza Craft: The Art of Superior Tone
Since the beginning, the engineers at BOSS have been committed to achieving the finest guitar tones using any technology necessary, from old-school analogue circuits to high-tech DSP. Continuing this enthusiastic spirit, we are pleased to introduce the new Waza Craft series. In Japan, “Waza” is the term for art and technique, and these special edition pedals proudly carry the Waza symbol to represent the pinnacle of BOSS design and craftsmanship. With final sound approval carried out by BOSS in Japan, the Waza Craft series brings you exceptional tone and touch response through carefully-selected analogue components, refined circuitry, and meticulous attention to detail.

Good , has its used but found my original BD-3 blues driver to be more aggressive with more bite . For certain solos the waza SD1 works well . I wouldn?t recommend for riff playing though . Too mid prominent and not enough push with the distortion

We'll get in touch when the BOSS SD-1W Custom Waza Craft Super Overdrive is available.