The world’s most popular effect (next to distortion in all its varieties) is undoubtedly the Wah, or Wah-wah pedal. It’s often the first effects pedal guitar players buy, and that’s because it adds such a distinctive, expressive and fun angle to anybody’s tone. There are many ways to use a wah pedal, too, from ‘wacka-wacka’ rhythm work to more filter-like uses during epic guitar solos.

Today, we’ll take a little look at just what a wah pedal is, and glance at some popular models as we do so. Also, we’ll add in some famous wah examples to fully illustrate the potential of the world’s favourite effects pedal. Whether you love the funk, the shred, or something else entirely, today's blog on Wah pedals is for YOU! 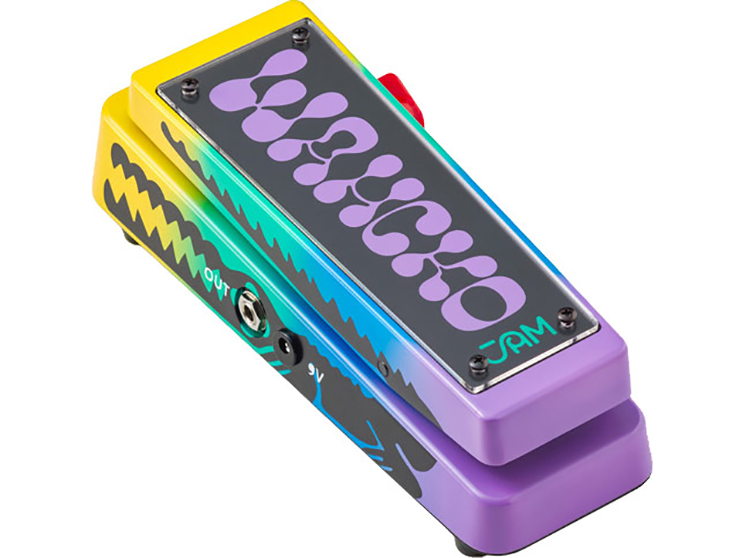 What is a Wah Pedal?

What does a wah pedal do? In it’s heart, the wah is a simple effect. It’s basically a movable EQ pedal with a large 'sweep' in the sound and a pronounced midrange peak frequency. This sweep is changed and controlled in real-time by the player rocking their foot on the treadle pedal, which is the main overall form of nearly all wah pedals. The pedal is connected to a potentiometer which allows the peak frequency to sweep up and down in relation to the foot movement. The resultant sound is a definite ‘Wah’ with a strangely human-like vowel sound. There are a number of other sounds that can be achieved using a wah pedal and we’ll approach them soon but firstly, how did this effect even come to be? 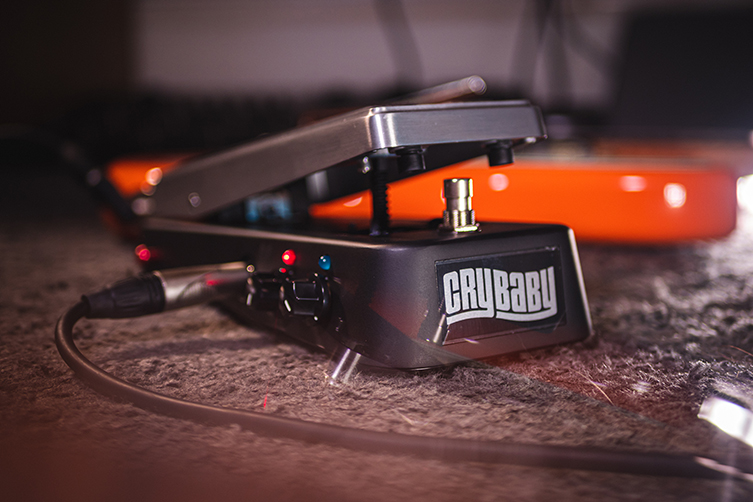 The answer is trumpets! Back in the 1920s, trumpet players started getting wise to the expressive tonal changes they could bring about by muting and partially muting the ends of their trumpets as they played (you'll see trumpet players 'opening and closing' the big open hole with an object called a mute). Moving the mute changed the tone accordingly and delivered a very exciting extra set of sonic options for trumpeters.

This type of sound was something that organ players and guitarists wanted too: indeed country legend Chet Atkins designed and built his own unit as far back as the late 50s, as did others but the first recognised manufacture was by the Warwick Electronics Inc./Thomas Organ Company in 1966. Bradley J Plunkett made his prototype by modifying a Vox Continental organ pedal and instantly likening the result to those 1920s trumpet players. Warwick/Thomas entered into a distribution agreement with Vox and it was during this time that Plunkett stumbled upon the magic recipe (via working on circuits from the excellently titled Vox ‘Super Beatle’ transistor amp) of the Wah sound. His associate actually tested it with a saxophone first! Debating on whether this was really better suited for wind instruments or guitar, Vox decided to go with the former primarily and signed up trumpet player Clyde McCoy to endorse it. 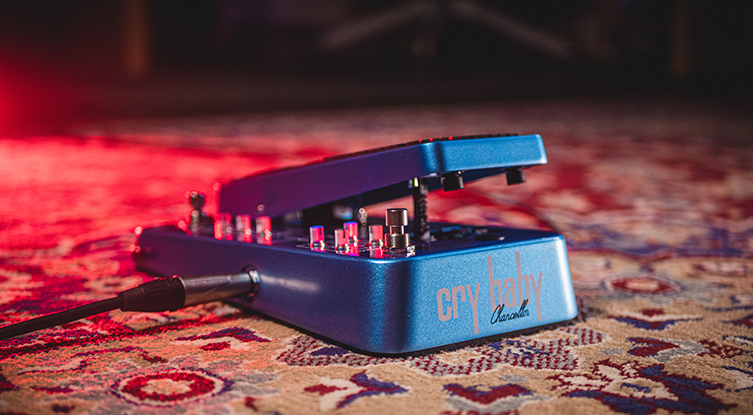 The name ‘Cry Baby’ came around after the Thomas organ company wanted to distribute their own products in the states and so a new name was needed. The ‘crying’ sound produced by the pedal was picked up on and thusly used in the name. It was around this time that guitarists started getting interested in the tonal manipulations possible with the Wah. There is a little disagreement on who first brought the Wah sound to the masses but general consensus is that it was either Eric Clapton in Cream’s Tales of Brave Ulysses or Jimi Hendrix with his Experience’s song Burning of the Midnight Lamp; both were released in 1967 and their effect was seismic!

Jimi Hendrix was undoubtedly the King of Wah: his natural timing and ability opened up an entire vocabulary of tones and tricks relative to the Wah pedal: the ‘wacka wacka’ muted-string intro to Voodoo Child (Slight Return); the vocal mimicking ‘talking guitar’ of Still Raining. Still Dreaming and a whole bag of tasty licks and feedback squalls filtered and exaggerated by the wah pedal to astounding, original effect.

Other players soon caught on: Jimmy Page, Jeff Beck, George Harrison (who wins extra points for actually writing a song called ‘Wah Wah’), Terry Kath, Tony Iommi, Robbie Kreiger…the list is actually endless. Every player brought their own flair and personality to their wah-wah technique and in doing so made it a pre-eminent sound of the counterculture. Other genres then began to understand what the Wah sound could do for them: for example, where would seventies funk be without those percussive-yet-expressive riffs? It wasn’t just guitar players either: Garth Hudson used one on his clavinet to add some funk to The Band’s Up on Cripple Creek. Wah had taken over!

Other Ways to Wah

Funk players practically owned the effect in the Seventies. The sound of a clean Stratocaster with funky chopped chordal riffs and an undulating wah sound is one of the guitar's most easily identifiable sounds. Again, this is probably Hendrix's influence from the aforementioned intro to the incomparable Voodoo Child (with the 'd' at the end), but for us, it will eternally remind us of the immortal Theme from Shaft.

Some players like Michael Schenker, Mick Ronson and Mark Knopfler left their Wah pedal switched on and sitting in the middle position of the treadle’s sweep to create a honking, mid-range focused tone that was immediately unique. A great example of this would be David Bowie’s ‘Ziggy Stardust’, where the criminally underrated Mick Ronson adds a peculiar and very standout tone to his riff by 'parking' his wah at a sweet spot somewhere in the middle of it's travel. It’s a sound that really holds it’s place in a mix and sounds appealingly bizarre!

Iconoclastic guitarist Tom Morello from Rage Against the Machine breaks guitar playing 'rules' often, and his wah sound is one such time. Conventional wisdom dictates that, for the best tone and response, your wah pedal should go right at the front of your chain (at least, before all of your drive pedals) otherwise it sounds very odd indeed. Morello, whose entire raison d'etre is to sound as odd as possible, instead throws his wah pedal - along with all of his other effects - into his amp's effects loop. This is exactly where all manufacturers tell you NOT to put it, but listen to the tune below and you'll hear his wisdom in motion...

The Wah pedal has proved to have enjoyed something of an evergreen popularity. Every decade brings along more guitar heroes who state their case for greatness with a Wah pedal seemingly attached to their foot. Slash, Steve Vai and Kirk Hammett did a lot in the 80s: in the 90s we had Dimebag Darrell, Zakk Wylde, John Squire of the Stone Roses and John Frusciante, all wah-ing like there was no tomorrow. 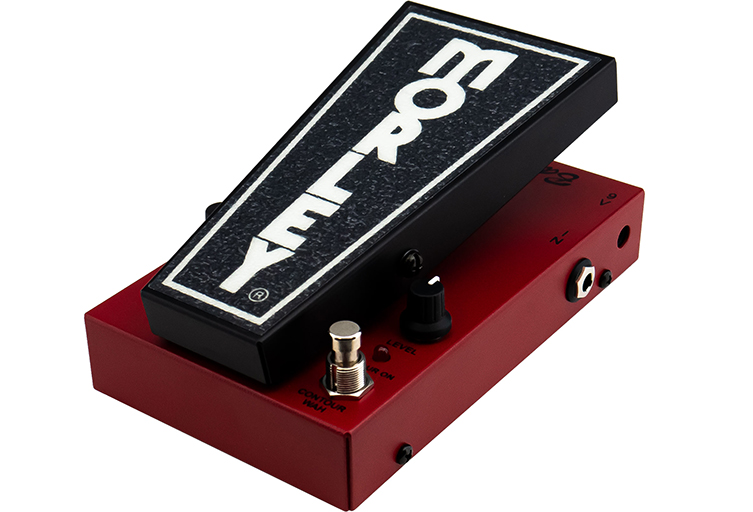 The pedal itself has hardly changed over the years, despite the numbers of models now available! Us guitarists like things how they were in the golden age, and that applies to effects as much as it does to the guitars themselves.

Not all wahs are the treadle type, though. BOSS have famously offered a Dynamic Wah (also known as an Auto-wah or Envelope Filter) for ages. It relies on input gain to determine the wah sweep, so the harder you play, the more pronounced the wah effect comes out. The most significant deviation from the path must be, in our opinion, the Z-Vex Wah Probe. Zachary Vex’s highly unusual pedal trades a typical rocker-treadle pedal for a highly atypical copper plate with an imbedded proximity sensor to let you hover your foot over the pedal in a fashion akin to a theremin! ‘Eccentric’ doesn’t begin to describe it but it’s loads of fun. 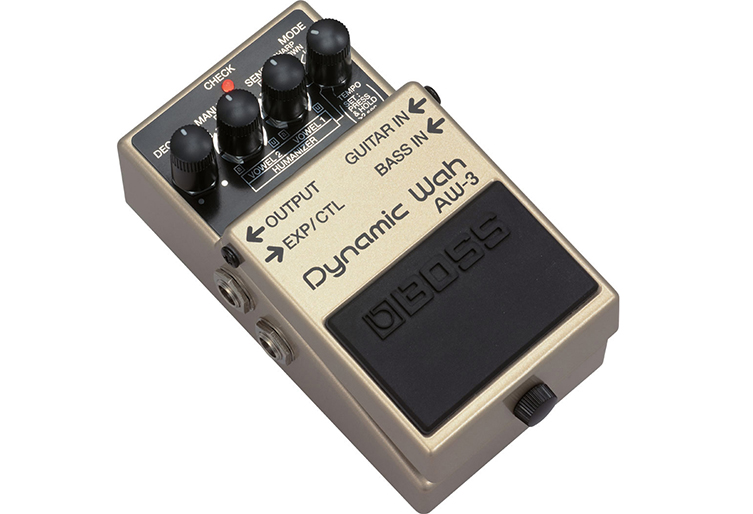 Nowadays the Wah pedal is as popular as ever. Most pedal companies offer their version and from Dunlop to Vox, Fulltone to Electro-Harmonix, every pedal has its own flavour. As you'd expect, at guitarguitar, we are very into our wah pedals! Visit us at your nearest store and plug in a wah pedal: embrace the legend and join the ranks of historic players!